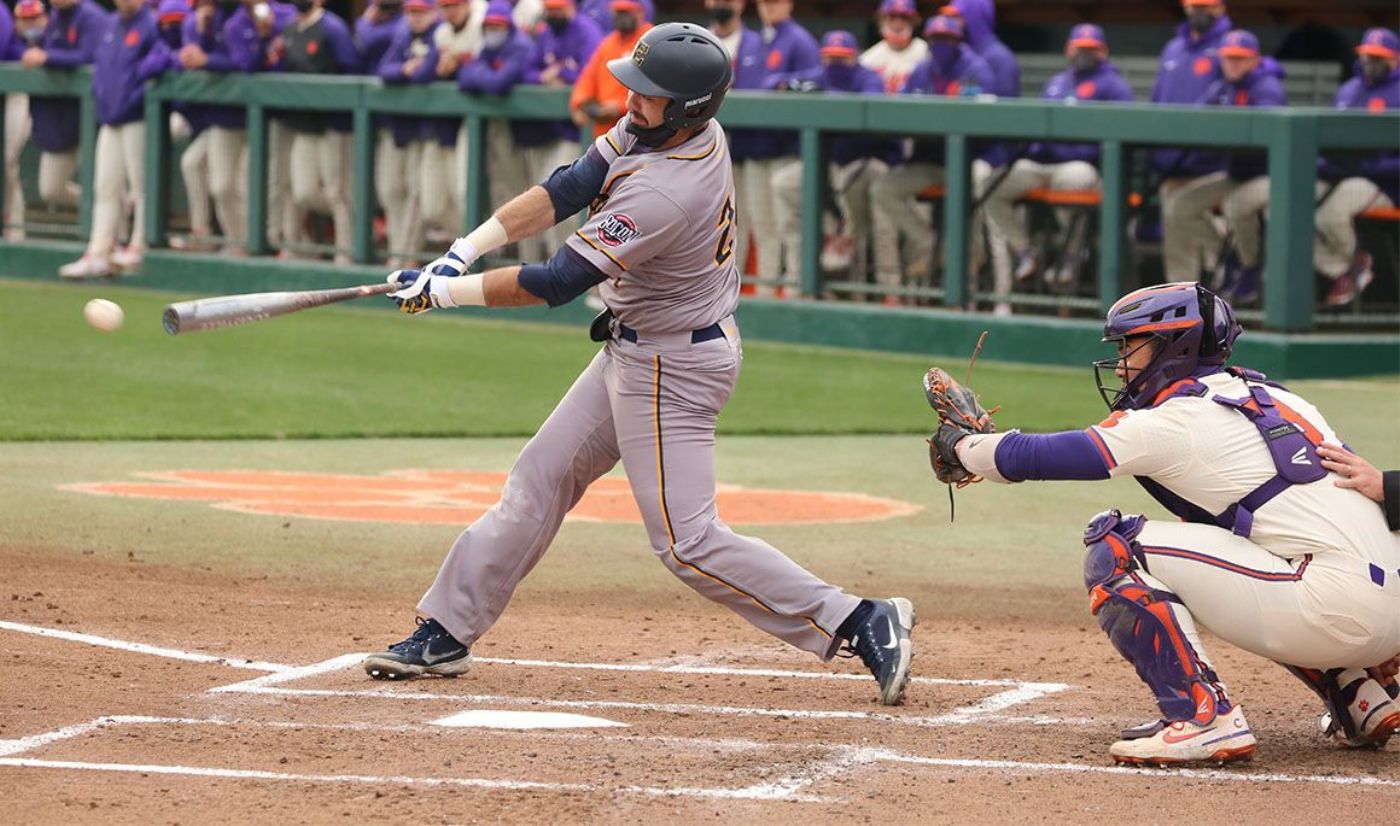 CLEMSON, S.C. (March 2, 2021) — After defeating the Tigers in Clemson a year ago, the ETSU Baseball team was unable to pull off the upset on Tuesday evening as the Tigers used three home runs to defeat the Bucs 7-3 inside Doug Kingsmore Stadium.

ETSU got its first two batters of the game on base with a walk and hit by pitch, but Clemson’s starter limited any damage and set the next three batters down. The next 16 batters were set down in order between the two teams until Clemson’s Caden Grice hit his first career home run over the right field wall in the third.

With two outs in the fourth and Jake Lyle (Spring Hill, Tenn.) on first, JL Bland (Memphis, Tenn.) doubled to right and Clemson’s relay was just late as Lyle scored ETSU’s first run of the afternoon. Lyle was originally called out but after review, the umpires overturned the call.

With the game tied at one in the fifth, Ethan Cady (Soddy Daisy, Tenn.) hit his second home run of the season to give ETSU a two-run lead as David Beam (Knoxville, Tenn.) scored on the 390ft bomb to right. Clemson got the run back in the bottom half with a two-out homer to left. With the bases loaded and the Tigers looking to take the lead, Daulton Montagna (Pennsville, N.J.) delivered a slider with a 2-2 and got his man swinging count to end the threat.

In the sixth, Clemson took its first lead of the game with a two-out home run to center. Clemson doubled its lead to two with a double down the left field line in the seventh, clearing the bases. The Tigers added one more in the eighth with a 2-out-RBI single up the middle.

Stat of the game
The Bucs have homered in five straight games, a streak ETSU held once last year and twice in 2019.

Notables
» Cady now has 10 hits this season with six coming as extra-base knocks.
» Beam and Cady both extended their season-opening on-base streak to eight games and their hit streak to four.
» Bland went 1-for-3 with an RBI.
» Clemson’s first five runs came by home runs, all with two outs.
» The Bucs allowed more than five runs for the first time this season. ETSU’s streak of allowed five or less in its first seven games was the first time since at least 1983.
» Clemson’s five pitchers combined for 17 strikeouts, the most strikeouts against the Bucs since 2008.
» Seven of Clemson’s starters tallied a hit in the contest.

Up next
The Bucs are back at Thomas Stadium this weekend as they host Eastern Kentucky in a three-game series beginning Friday at 3 p.m.