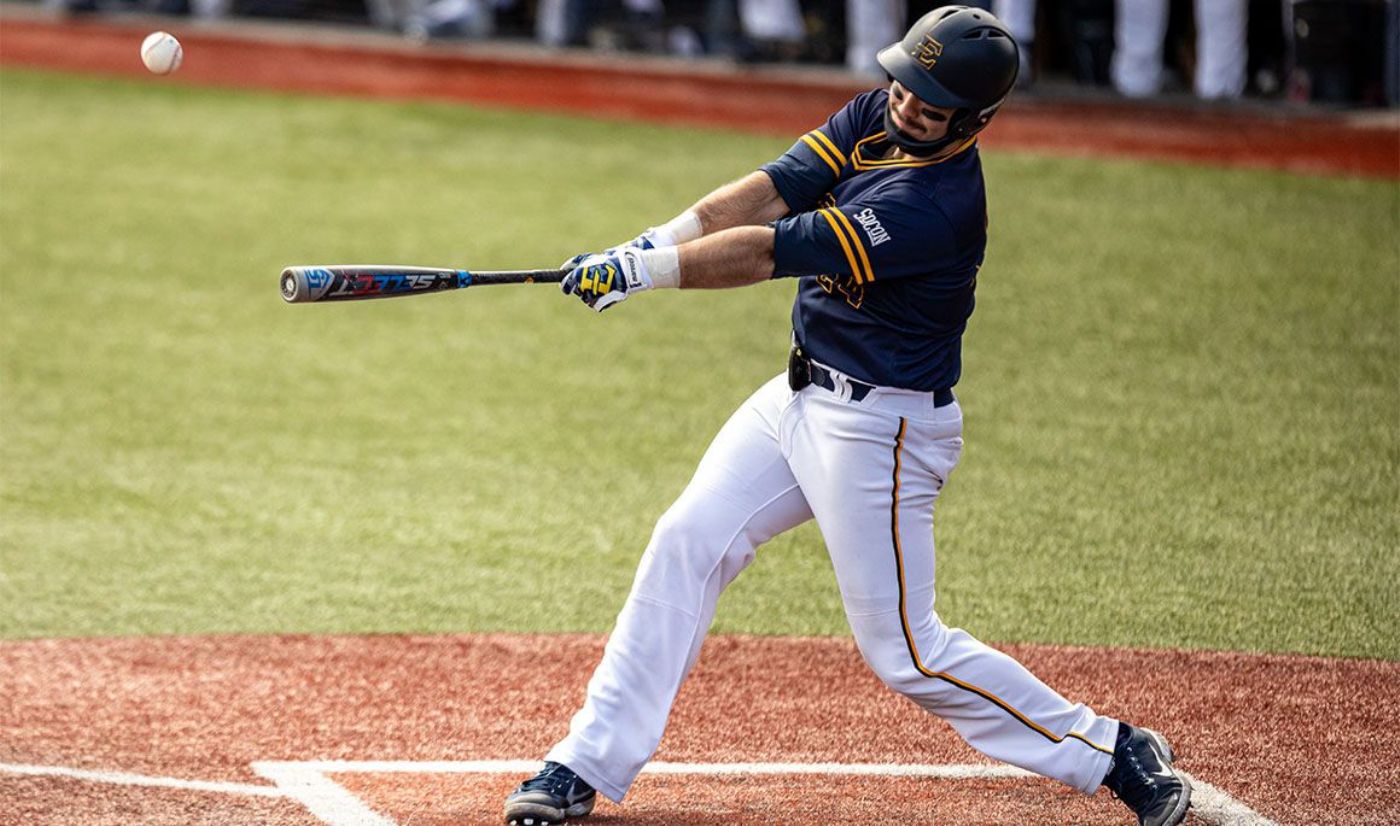 Cady put ETSU into the run column first with a three-run rocket down the right field line for his second homer in as many games, David Beam (Knoxville, Tenn.) and Reese Farmer (Winterville, N.C.) scored.

In the next half inning, the Colonels found offensive production scoring five runs on three hits. EKU had the bases loaded after two free passes and a 2-RBI single from Kendal Ewell put the Colonels on the board. After a pitching change, Cam Ridley capped off the five-run fourth with an RBI-triple to the right center wall.

Cady’s day wasn’t done. With the bases loaded and two outs, the Soddy Daisy native delivered. He cleared the bases with a 3-RBI double to right center to give the Bucs a 6-3 lead. ETSU’s two-out rally continued as Bryce Hodge (Knoxville, Tenn.) drove in Cady with a single to center to double the Bucs’ lead.

In the eighth, the Colonels got a run back as Logan Thomason plated his second RBI of the season with an RBI double down the left field line. Walker Joyce (Mooresville, N.C.) concluded his strong outing out of the bullpen with 2.1 IP, 1 ER and three strikeouts to leave him in line for the win. With two outs, Joseph Acosta (Vineland, N.J.) came in for the four-out save and logged three strikeouts.

Both starting pitchers had a rough outing, each allowing more than three runs in less than four innings. Hunter Loyd (Knoxville, Tenn.) was on the mound to start for ETSU and allowed five runs while striking out five and walking two. On the other side of the mound, Brennan Kelly allowed three runs on four hits with two strikeouts in three innings of work.

Stat of the game
Cady is the first Buc to record six RBI in a game since Beam did it on April 6, 2019 vs VMI.

Notables
» Beam and Cady both extended their season-opening on-base streak to nine games, while Cady’s hit streak is now at five.
» Cady, Farmer and Hodge all tallied multi-hit games. It was Cady’s fourth and Hodge’s third, while Farmer went 2-for-3 with a walk in his first start of the season.
» Joyce’s 2.1 innings of work are the most for the righty in his career. His three strikeouts tied a career high set last year against Ohio (3/8/20).
» Cady now has 12 hits on the season with 66% of them going for extra bases.
» The Colonels outhit ETSU, 8-7 marking the first time since April 9, 2019 (Furman) ETSU won when being outhit. ETSU’s pitchers struck out 13 batters and struck out 11 times at the plate.

Up next
The Bucs and the Colonels are back at Thomas Stadium tomorrow as the two teams conclude the three-game series with a doubleheader at 1 p.m. Fans can watch the games live on ESPN+.