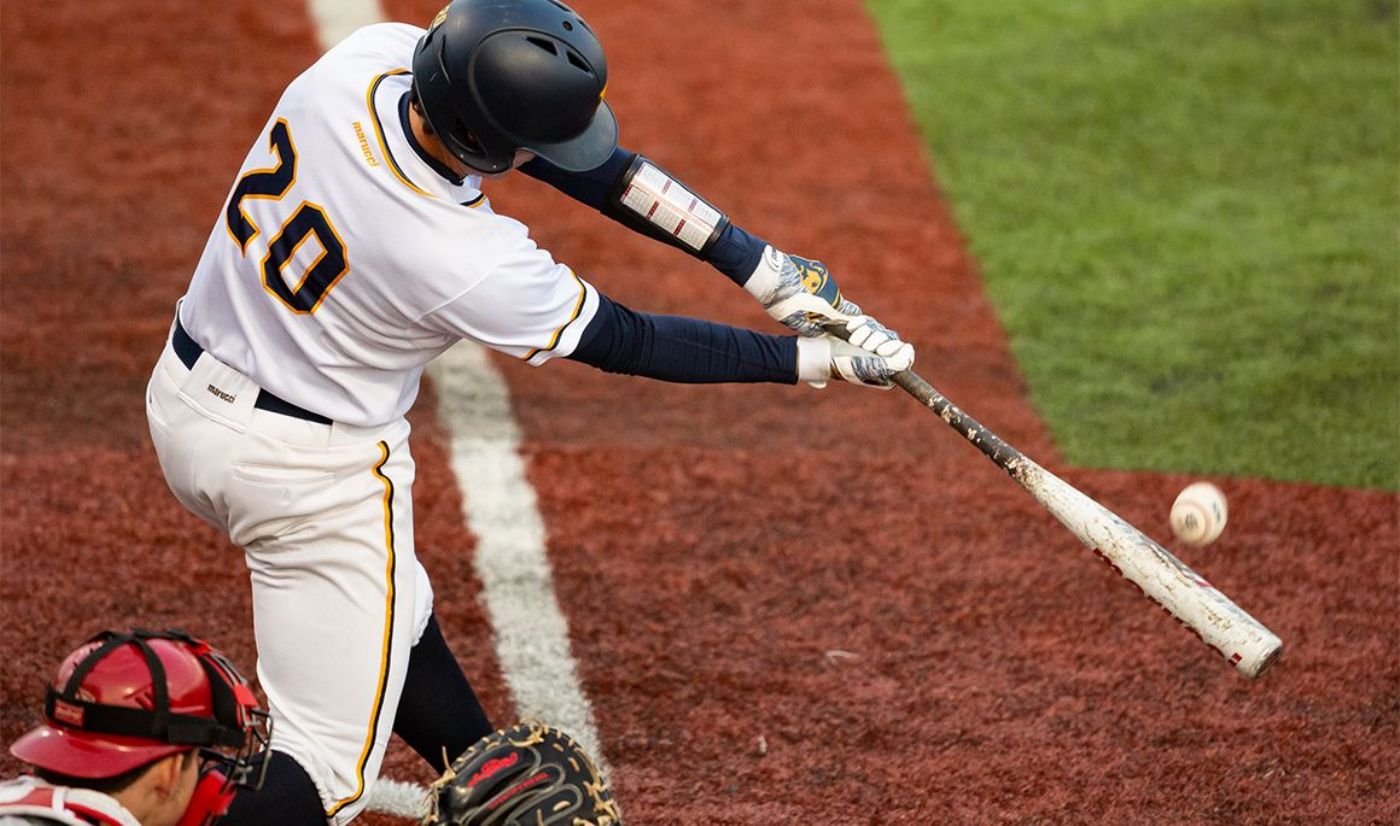 JOHNSON CITY, TENN. (March 19, 2021) — For the first time since 2019, the ETSU Baseball team faced a Southern Conference opponent. The Blue and Gold rose to the occasion and shutout the VMI Keydets, 4-0 on Friday evening inside Thomas Stadium.

How it happened:
Like he’s done throughout the season, Ethan Cady (Soddy Daisy, Tenn.) helped the Bucs get on the board first. In the opening frame, Cady doubled to center and on the next at bat, Kyle Richardson (Knoxville, Tenn.) drove in the starting right fielder with an RBI single to left.

The score stayed the same for the next five innings until Sean Kearney (Powell, Tenn.) stepped into the box with two on and two out in the bottom of the sixth. The senior first baseman hit a long fly ball over the right field fence to give the Bucs a 4-0 lead.

ETSU entered the ninth inning with a four-run lead and in the final frame, VMI put the first two men on base with back-to-back walks. Seth Chavez (Pinetop, Ariz.) entered the game for the save and struck out all three batters faced.

Stat of the Day
Both starting pitchers threw over 105 pitches in the game and tallied seven strikeouts.

Notables
» Kearney’s home run was the third of his career and first since April 18, 2019 against Wofford. His three RBI marks a career high.
» With Cady’s double in the first, he extended his season-opening on-base streak to 17 and his hit-streak to 13. He has directly contributed to ETSU’s run scoring in 14 of the 17 games this season.
» This marked Justin Hanvey’s second multi-hit game of the season and just the second game this season he’s drawn a walk.
» Joseph Acosta (Vineland, N.J.) and Chavez were strong out of the bullpen. The two relievers combined for three strikeouts and did not  allow a hit. Acosta allowed two walks in the top of the ninth.
» The Bucs improve to 6-0 against left-handed starting pitchers.
» This was the 100th game of the series between the Bucs and the Keydets. ETSU holds a 57-43 record and it was the first shutout for the squad over VMI since April 16, 2003.

Up next
The Bucs and the Keydets conclude the conference opening series with a doubleheader beginning tomorrow at 1 p.m.