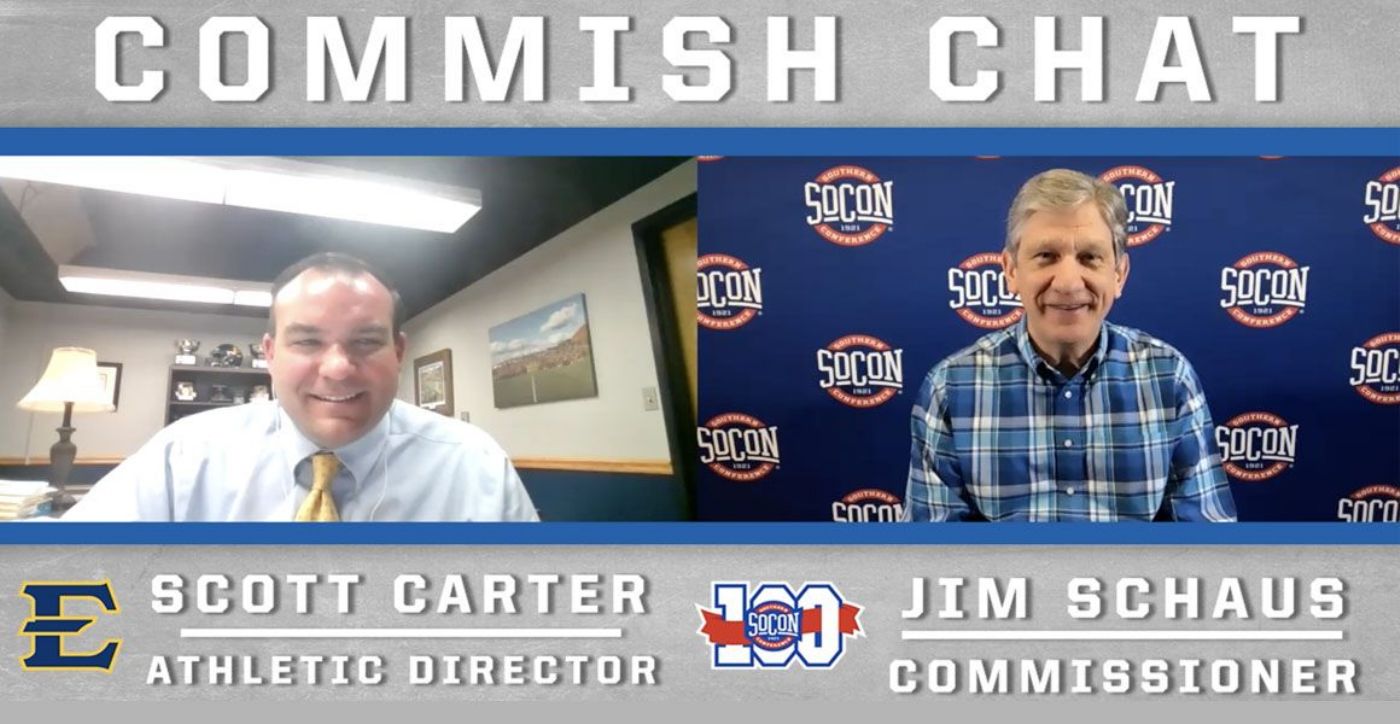 Commish Chat is a series of one-on-one interviews between Southern Conference Commissioner Jim Schaus and various student-athletes, coaches, administrators, media members and more as they discuss SoCon athletics and issues that affect college athletics on a broader scale.

Schaus and Carter discuss the effects of COVID-19 on the ETSU athletics department, Carter's role on the NCAA Division I Football Championship Committee and what he's observed around the FCS this season, what initiatives are being implemented at ETSU, and what being in the SoCon means to ETSU.