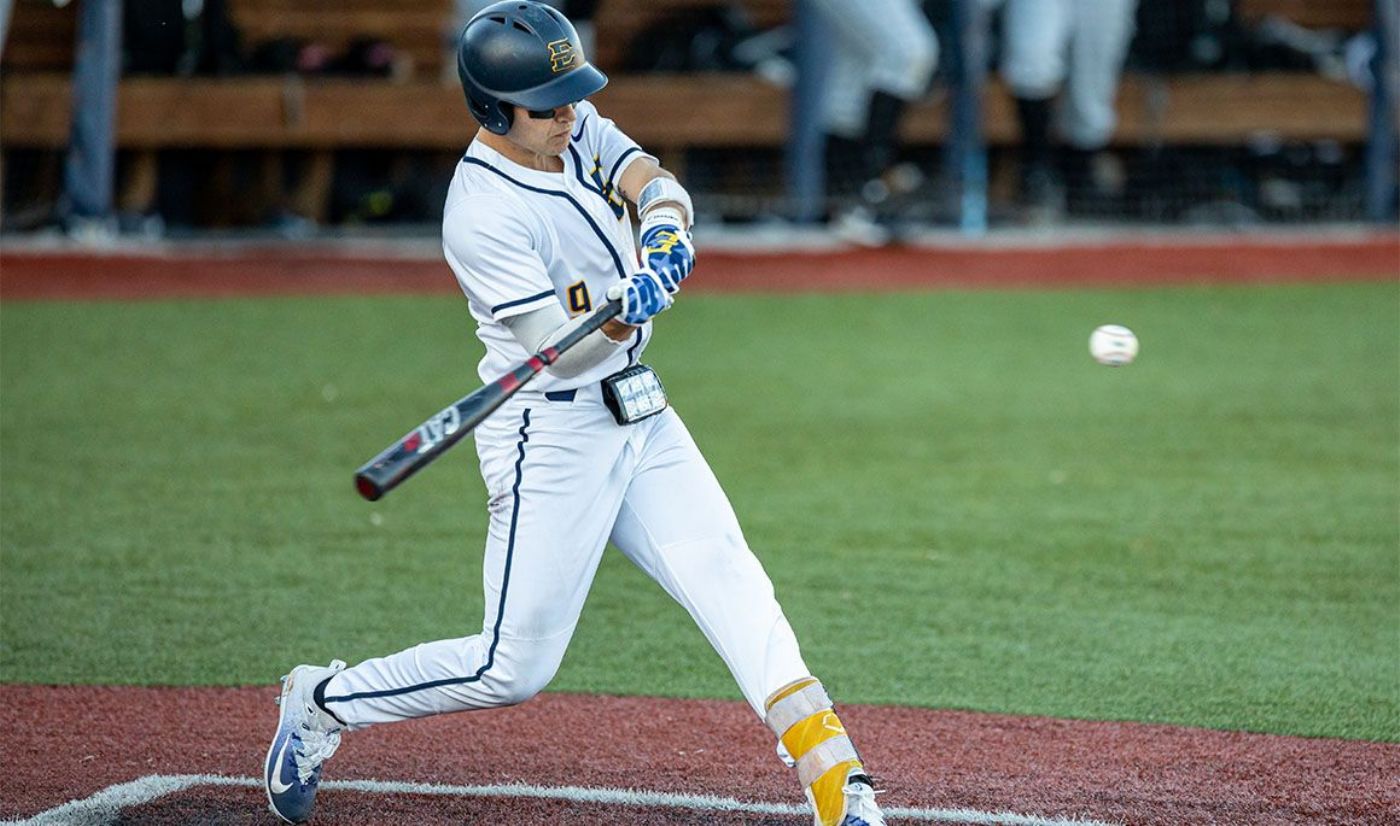 RADFORD, Va. (March 30, 2021) — In a game that was scheduled the day before, the ETSU Baseball Team traveled to Radford to take on the Highlanders at Sherman Carter Memorial Stadium. The game featured 23 hits, 12 pitchers and 14 runs, Radford defeated ETSU 9-5.

The Bucs got on the board in the second as Jake Lyle (Spring Hill, Tenn.) scored on a wild pitch. Radford entered the run column in the fourth with Jalen Bruster’s RBI single up the middle which plated two runs and gave the Highlanders the lead. The hosts continued their fourth-inning success in with a two-run double as they took a 4-1 lead into the fifth.

ETSU battled back in the sixth, plating runs on a Justin Havney (Purcellville, Va.) ground out and a Jackson Green (Blackwood, N.J.) RBI double to right. Up 4-3 in the bottom half, the Highlanders doubled their lead with a sacrifice fly to center. Radford capitalized on a wild pitch with two outs in the inning to take a 6-3 lead into the final third of the game.

Ethan Cady (Soddy Daisy, Tenn.) hit the game’s first home run in the seventh to cut into Radford’s lead. The second home run happened just six pitches later in the next at bat. Kyle Richardson (Zionsville, Ind.) brought the Bucs back within one with a shot over the wall in left. ETSU was unable to keep Radford off the board in the inning as the hometown bats drove in another run to retake a two-run lead. Matthew Mercer entered as ETSU’s eight and final relief pitcher; he stepped onto the mound with one out in the inning. Mercer picked off a runner at first with men on the corners, but the runner on third scored before the out was recorded as Radford took an 8-5 lead into the eighth.

Radford got its last run of the game in the ninth as a Sean Cheely triple drove in Garrett Matheny who reached on an error with two outs. The Bucs had two on and one out in the ninth, but Radford’s Alex Perkins got out of the jam to complete the six-out save.

Stat of the Game
The Bucs used eight different pitchers who combined for eight innings of work. Radford used four, who all pitched less than three innings.

Notables
» Lyle set a career high with four hits in the contest, recording a base hit in each of his first four at bats; he walked in his final plate appearance. Previously, he had tallied three hits in a game seven times. He stole two bases on the afternoon.
» With the first homer of the game, Cady became the first Buccaneer to hit 10 this season. He extended his on-base streak to 23 and his hit streak to 18.
» Cady and Markell Graham (Atlanta, Ga.) joined Lyle in having a multi-hit game. It was Graham’s second and Cady’s eighth of the season, which leads the team.
» The 12 pitchers used in the game combined for 17 strikeouts and 10 walks. Radford held a 10-7 advantage in K’s while ETSU hitters drew six walks.
» The Bucs outhit the Highlanders 13-10. It marks the first time ETSU registered 10+ hits and lost (previously 4-0). The Blue and Gold are now 0-6 when their opponent has 10 or more base hits.

ETSU continues SoCon play next weekend facing its third division opponent of the season in Greensboro at UNCG. The series begins on Friday at 6 p.m.