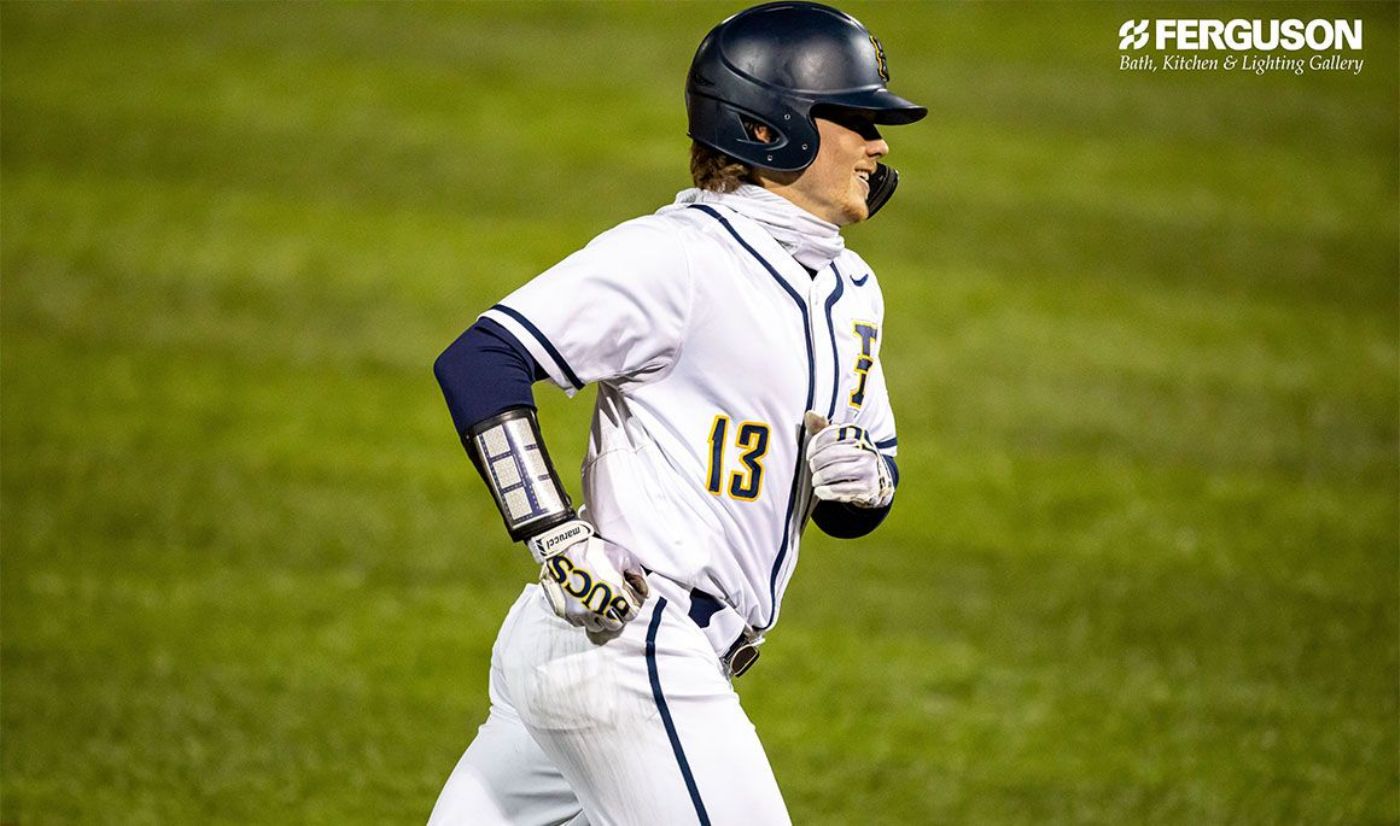 JOHNSON CITY, Tenn. (April 5, 2021) — For the first time since 2019, ETSU will be bringing a Power-5 opponent to Thomas Stadium. The ETSU Baseball team will host the 13th-ranked Virginia Tech Hokies on Tuesday, April 5. First pitch is slated for 5 p.m.

ETSU’S LAST TIME OUT
Last weekend, ETSU was able to take two of three games in Greensboro over the UNCG Spartans. After losing in the series opener, 9-2, the Bucs swept the doubleheader to take the much-needed series over their in-division rival. ETSU held the Spartans to a .189 batting average over the weekend and the Blue and Gold hit .206. Led by Kyle Richardson (Zionsville, Ind.), who started all three games and hitting .273, ETSU outhit UNCG 21-17 and tallied two more strikeouts on the mound. Additionally, the Bucs swiped four bases over the weekend in five attempts.

ABOUT VIRGINIA TECH
The Hokies are 15-9 this season and are tied for the lead in the ACC's Coastal Division with an 11-7 record. Virginia Tech have been in and out of the top-25 all season after winning seven of their first eight to start the campaign. Most recently the visitors have won five of their last six after sweeping Pittsburgh two weeks ago and taking 2 of 3 this past weekend from Boston College with a pair of one-run wins to round out the series. Virginia Tech is batting .277 this season which is fourth in the ACC and top-100 in the country and have 78 extra base hits. On the base path, they are 19-43 while their 15 times caught stealing is the most in the ACC. The visitors are led by Bristol native, Gavin Cross. He is hitting .378 this season and leads the team in runs, home runs, triples and is tied for the lead with 19 RBI.

THE MIDWEEK MATCHUP ON THE MOUND

The last two ETSU midweek contests have featured a variety of pitchers where the starter has not tossed more than two innings. Virginia Tech's last midweek contest went the same way. It was a 7-2 loss to UNCG and the starting pitcher went just two-thirds of an inning. The Hokies used eight pitchers in that contest.

CADY’S CONSISTENCY
Ethan Cady (Soddy Daisy, Tenn.) leads the team with a .354 batting average and a .453 on-base percentage. He has 35 hits this season with 20 of them going for extra bases. Cady leads the team with nine multiple-hit games and has eight multi-RBI games. The Soddy Daisy native has a 27-game on-base streak dating back to last season. He has reached base in all 26 games this season.

THE STREAKS AT STAKE

LAY IT DOWN!
ETSU has successfully laid down 19 sacrifice bunts which is first in the SoCon and seventh in Division I. Markell Graham (Atlanta, Ga.) leads the team with four, while seven other Bucs have at least one successful sacrifice bunt.

SERIES HISTORY
Virginia Tech leads the all-time series 39-18 and has won the last three in a row. The Hokies are 11-15 in Johnson City and have also won nine of the last 10 between the two teams. ETSU Head Coach Joe Pennucci is 0-3 against the visitors. The Bucs' last win over the Hokies came in 2017, a 7-4 victory in Johnson City.