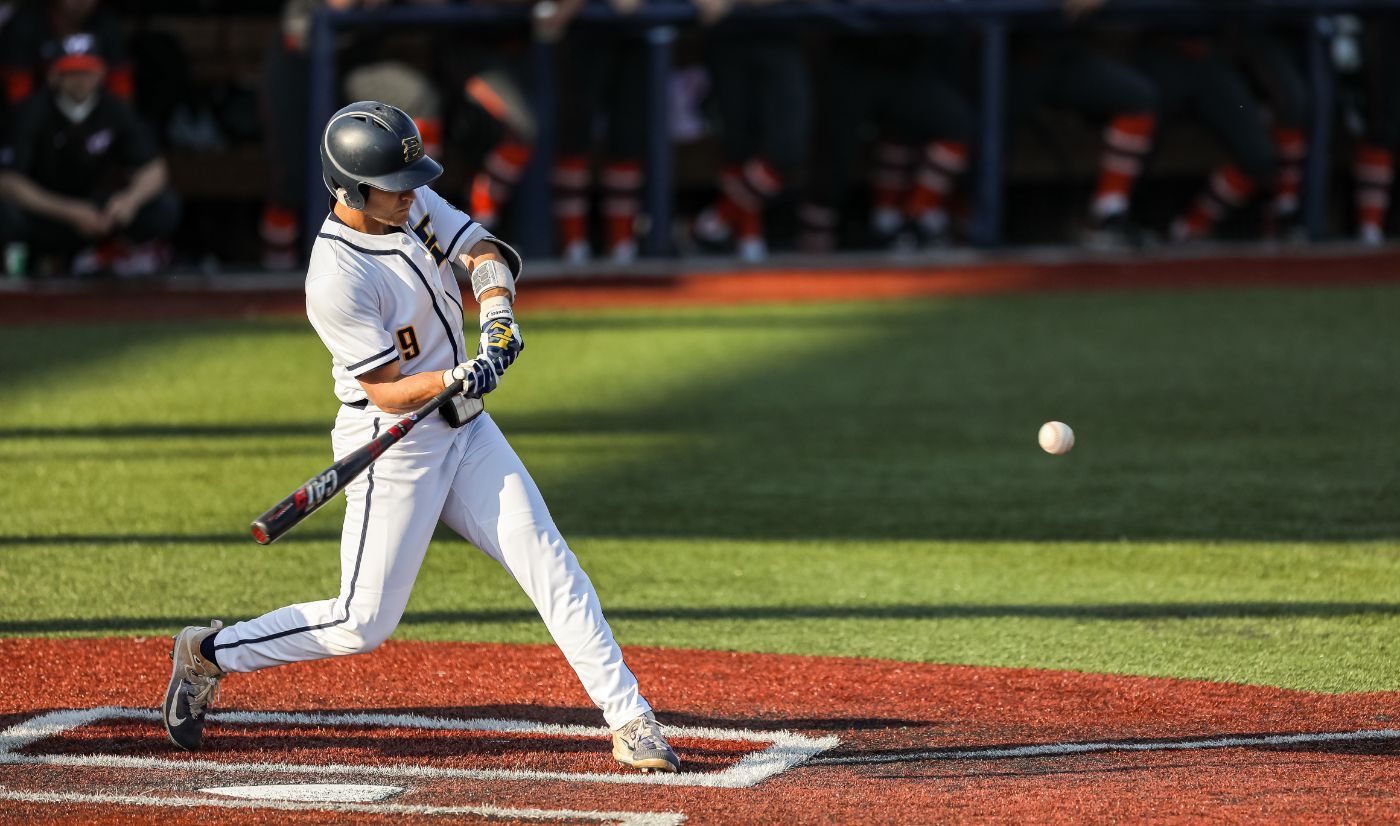 JOHNSON CITY, TENN. (April 6, 2021) — The ETSU Baseball team was back home for the first time in more than two weeks to face the visiting 13th-ranked Virginia Tech Hokies at Thomas Stadium on Tuesday night. In a game that consisted of 11 combined runs in the first two innings and saw 20 runners cross the plate, the Hokies had the advantage, taking the contest, 15-5.

How it happened:
The Hokies struck first in their first at bat. On the first pitch of the game, Virginia Tech’s leadoff man, Jack Hurley hit a ground-rule double over the wall in left field. Nike Biddison drove him in during the next at-bat to give the Hokies a 1-0 lead heading into the bottom half.

ETSU took the lead in the bottom half. Starting the inning with Ashton King (Knoxville, Tenn.) reaching base on a hit by pitch, he later came around to score on a David Beam (Knoxville, Tenn.) sacrifice fly. During the next at-bat, Jake Lyle (Spring Hill, Tenn.) gave the Bucs the lead with a two-out RBI single up the middle.

The Hokies capitalized on Buccaneer errors in the second. After the leadoff batter reached second on a drop pop fly. After he came around to score on the Bucs’ second error of the inning, Virginia Tech’s Bristol native Gavin Cross hit the first grand slam allowed by Buccaneer pitching this season.

Errors continued in the bottom of the second. As the Bucs were down 6-2, the Bucs scored on a fielder’s choice which included a Hokies error at second base. ETSU plated three runs in that inning to cut their deficit to one.

Unfortunately for ETSU, that is as close as they would get. The Hokies picked up two in the third, one in the fourth and five in the fifth to take a 14-5 lead. The visitors plated their final run of the game in the ninth as Cross completed the cycle and drove in Cade Swisher to give Virginia Tech a 10-run advantage.

Stat of the Game
Entering the game, ETSU was 4-1 when recording 10 or more hits. Both losses have now come on the last two Tuesday contests.

Notables
» King, Beam and Lyle all recorded two hits.
» The two teams combined to use 14 pitchers. Virginia Tech used eight and six different Buccaneers took the mound.
» Virginia Tech’s Cross hit for the cycle, going 4-for-6. After a grand slam in the second, the Bristol native hit a triple in the fourth, doubled in the fifth and rounded out the cycle with a single in the ninth. He drove in seven of VT’s 15 runs.
» Ethan Cady (Soddy Daisy, Tenn.)’s 26-game on-base streak to start the season came to an end as the starting right fielder went 0-5 with an RBI.
» ETSU’s pitchers combined for seven earned runs and seven K’s.

Up next
The Bucs are back at home on this weekend as they continue conference play against Wofford. First pitch of the series is slated for 3 p.m. on Saturday, April 10.