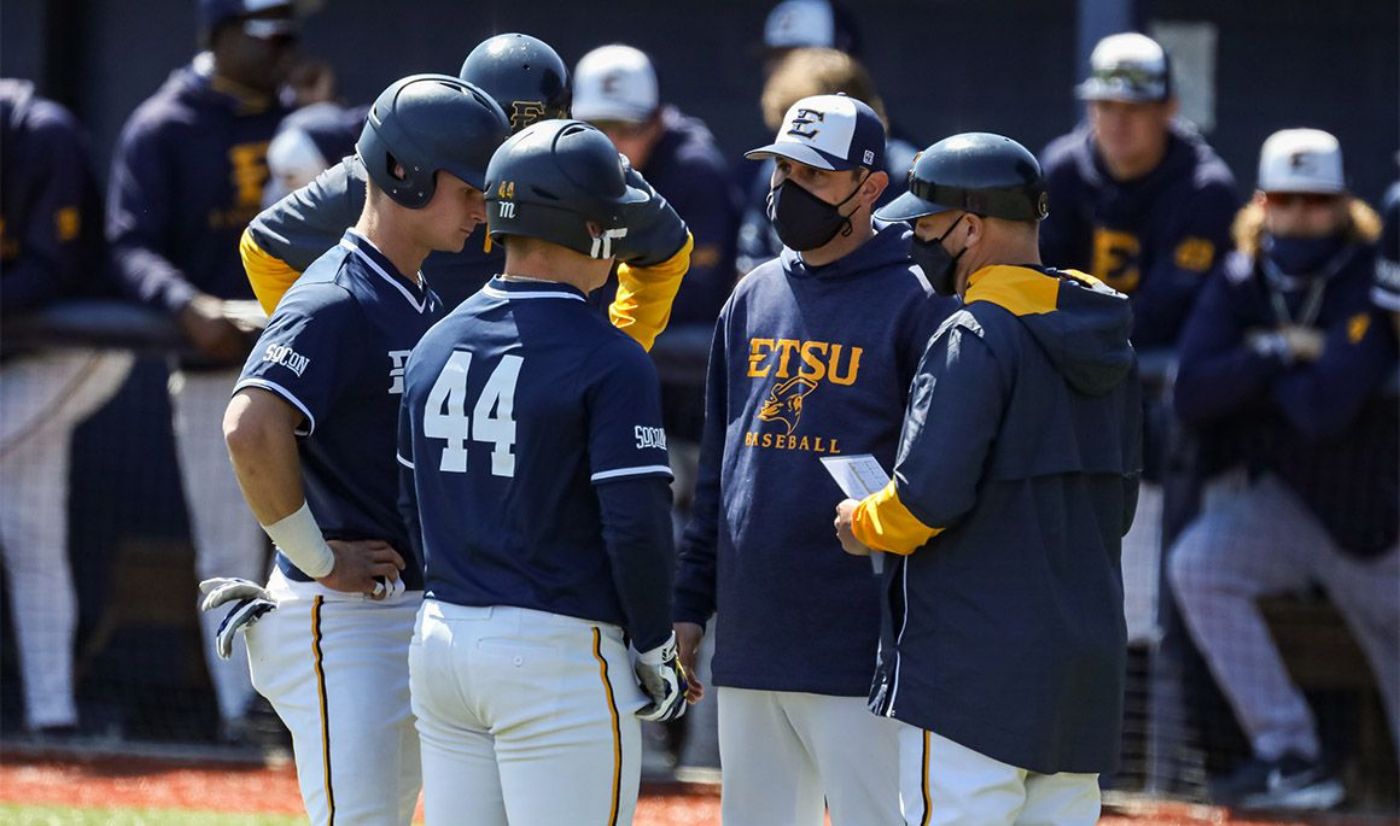 ETSU’S LAST SOCON SERIES
Last weekend, ETSU was able to take two of three games in Greensboro over the UNCG Spartans. After losing in the series opener, 9-2, the Bucs swept the doubleheader to take the much-needed series over their in-division rival. ETSU held the Spartans to a .189 batting average over the weekend and the Blue and Gold hit .206. Led by Kyle Richardson, who started all three games and hitting .273, ETSU outhit UNCG 21-17 and tallied two more strikeouts on the mound. Additionally, the Bucs swiped four bases over the weekend in five attempts.

ABOUT WOFFORD
Wofford enters the weekend with a 16-11 overall record and matches ETSU's 5-4 record in SoCon play. The Terriers won seven of their first eight and later won six of eight contests. Recently, they lost two of three to Mercer and defeated Western Carolina in two of three games. The Terriers have an 11-7 record in non-conference play, but only one of those opponents have a winning record — Davidson. The Terriers are 10-3 at home, but are 6-8 on the road. Wofford is led by Colin Davis who leads the team in batting average (.353), runs scored (26), hits (36), doubles (9), home runs (7) and RBI (26).

PITCHING MATCHUPS
On Saturday, ETSU's Hunter Loyd (Knoxville, Tenn.) (4-2) and Wofford's Haynes Heinecke (2-4) will take the mound. Loyd has lost each of his last two starts after starting 4-0, while Heinecke had a 2.65 ERA in 2019 and 1.57 ERA in 2020. Sunday's starters for Coach Pennucci are Colby Stuart (Elon, N.C.) (2-1) and Nathanial Tate (Manchester, Tenn.) (3-2). Both starters are coming off of wins against UNCG last weekend. Wofford will go with Sam Stratton (2-1) and Elliot Carney (3-2). This will be Stratton's fourth start of the season. Carney and Heinecke will be making their eight starts.

CADY’S CONSISTENCY
Ethan Cady (Soddy Daisy, Tenn.) leads the team with a .337 batting average and a .434 on-base percentage. He has 35 hits this season with 20 of them going for extra bases. Cady leads the team with nine multiple-hit games and has eight multi-RBI games. Against Virginia Tech, his 26-game on-base streak to start the season ended as the Soddy Daisy native went 0-5. In his last five games, Cady is hitting .227 with five hits including a home run and a double.

STUARTS STELLAR OUTING LAST SATRUDAY
ETSU's game two starter is coming off of the best outing of the season of his career and the best outing by any Buccaneer starter this season. Stuart pitched eight shutout innings against UNCG to force a rubber match. The Elon, N.C. native allowed three hits, three walks and struck out seven. It was the first time he pitched eight complete innings in his career. Additionally, the junior south paw picked off two runners as well.

BOLLENBACHER OUT OF THE ‘PEN
Ranking second on the team with a 1.26 ERA, Matthew Bollenbacher has been a successful relief pitcher for ETSU. In seven appearances, he has allowed two runs in 14.1 innings of work. The redshirt-sophomore has struck out 11 and has given up one walk. Most recently, in relief of Tate in the series finale against UNCG, Bollenbacher went three innings and did not allow a run, picking up the nine-out save.

LAY IT DOWN!
ETSU has successfully laid down 22 sacrifice bunts which is first in the SoCon and seventh in Division I. Markell Graham (Atlanta, Ga.) leads the team with four, while nine other Bucs have at least one successful sacrifice bunt.

SERIES HISTORY
ETSU is 27-23 all time against the Terriers and are 16-8 at Thomas Stadium. Wofford has won two straight against the Blue and Gold and are 5-2 against ETSU in the Pennucci era. ETSU's last win against the visitors came on April 18, 2019, a 7-1 victory in Johnson City.