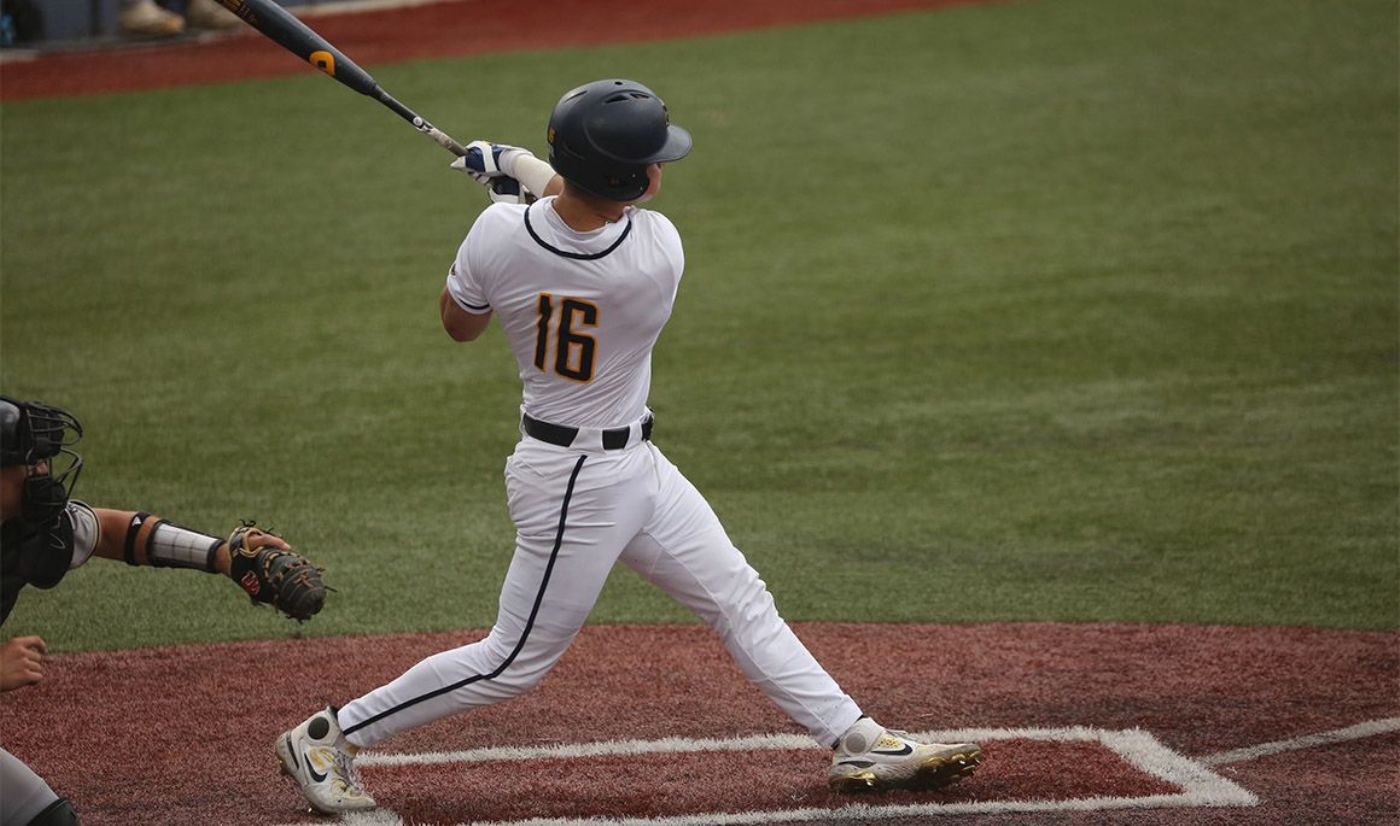 JOHNSON CITY, TENN. (April 10, 2021) — In a game where nine innings wasn’t enough, it was errors in the 10th inning that made the difference between the ETSU Baseball Team and the Wofford Terriers at Thomas Stadium. With the game locked at two, the Terriers plated a run on four errors in the top of the 10th to take a 3-2 lead on Saturday afternoon. After setting down the Bucs in order, the Terriers defeated ETSU, 3-2.

How it happened:
After both starting pitchers tossed a perfect first inning, Wofford’s ace left the game with an injury, forcing the visitors to go to the bullpen early. Heading into the bottom of the third, both teams were hitless until Sean Kearney (Powell, Tenn.) recorded the first hit of the contest with a grounder through the left side.

With both teams tallying just one hit through four innings, the Wofford bats were able to produce in the fifth. The Terriers plated the game’s first run off of a wild pitch in the fifth to take a 1-0 lead.

ETSU had the bases loaded with two outs in the sixth and ETSU’s designated hitter came up clutch. Noah Webb (Kodak, Tenn.) launched a line drive down the left field line to plate two runs and give ETSU a 2-1 lead. In the next half inning, Wofford did the same. With a runner on first and two outs, the Terriers hit a double off the bottom of the right field wall to tie the game at two.

The game stayed tied at two into the 10th inning where the Terriers capitalized on four Buccaneer errors. After Wofford’s leadoff batter reached on a throwing error, he scored during the next at bat on an overthrown pickoff attempt to first. That throw was the difference maker as the visitors took the contest 3-2.

Stat of the Game
This marked just the second extra-inning game between the Bucs and the Terriers since the turn of the century. ETSU and Wofford went to 11 innings on May 19, 2018 with Wofford winning 9-8.

Notables
» This marked Kearney’s first three-hit game of his career as the first basemen totaled three of ETSU’s five hits.
» Webb’s double and a single by Jake Lyle (Spring Hill, Tenn.) in the ninth were the other two hits for the Blue and Gold.
» Hunter Loyd (Knoxville, Tenn.) went seven innings and allowed two earned runs. ETSU’s ace allowed four hits, struck out five and walked three.
» Joseph Acosta (Vineland, N.J.) pitched the remaining three innings for the Bucs. He allowed one unearned run and one hit facing 12 batters.
» Wofford’s Dalton Rhandas entered the game in the sixth and picked up his fourth win of the season. In 4.2 innings of work, he shutout the Buccaneer offense, striking out six and walking two batters.

Up next
The Bucs and the Terriers are back at Thomas Stadium to conclude the three-game series with a doubleheader tomorrow at 1 p.m.