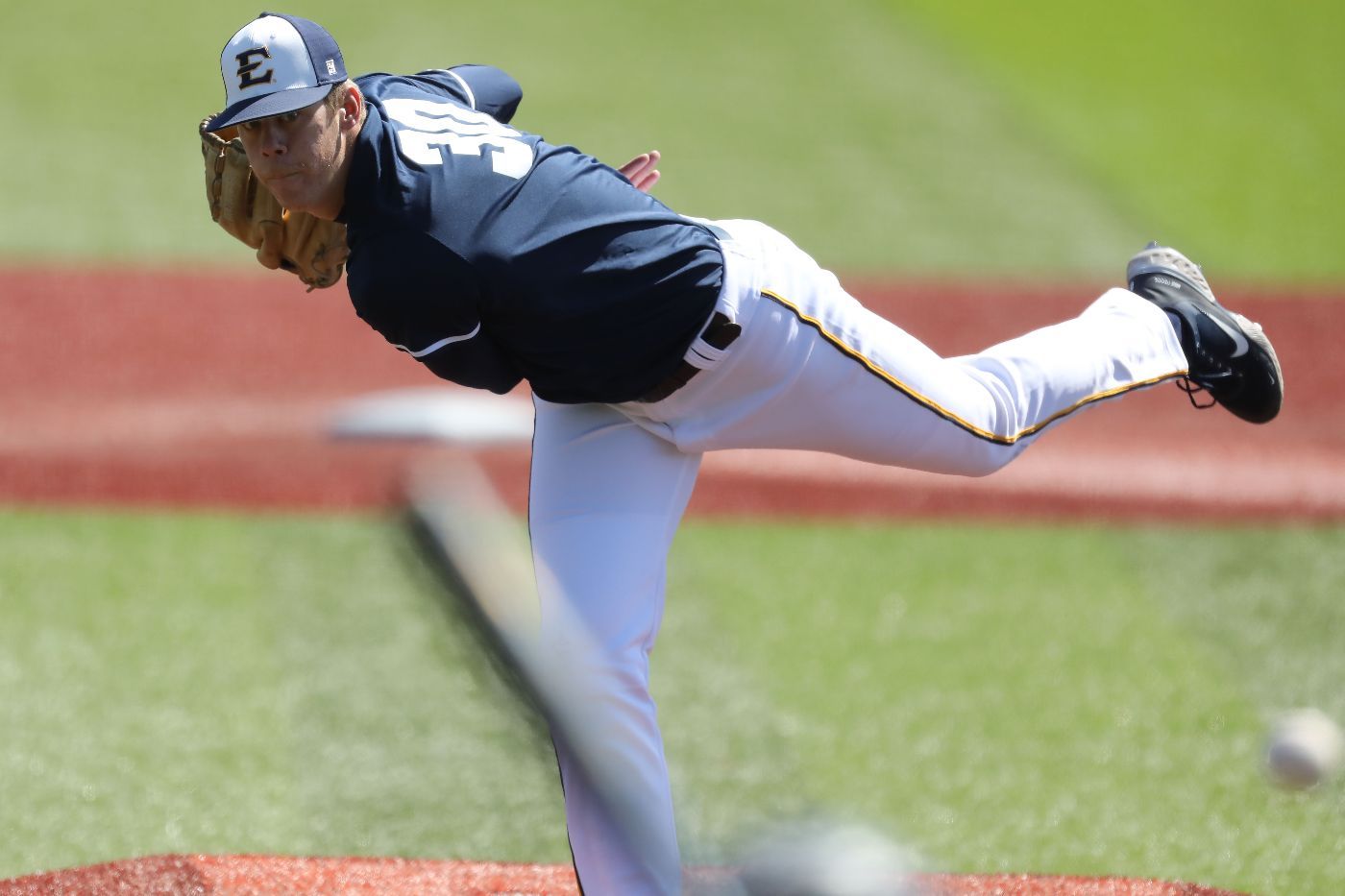 CHARLESTON, S.C. (April 15, 2021) — The ETSU Baseball Team is back on the road this weekend as the Blue and Gold travel to Charleston to face The Citadel Bulldogs.

ETSU’S LAST SOCON SERIES
Last weekend, lost its second Southern Conference series of the season, dropping two of three games to the visiting Wofford Terriers. In game one of the series, Wofford scored a run on four errors in the 10th inning to take the contest, 3-2. The two teams split Saturday's doubleheader which consisted of eight Buccaneer home runs. The Blue and Gold hit four in game one in ETSU's 7-4 victory over the Terriers. The Bucs hit four more in game three of the series, including going back-to-back twice. Wofford took the series with an 11-9 win in the rubber match. The Bucs hit .245 in the series with eight doubles and eight home runs. Wofford hit .301 with nine doubles and a homer. Both teams totaled 18 runs throughout the three-game series.

ABOUT THE CITADEL
The Citadel enters the weekend with a 9-19 record and is 1-10 in the Southern Conference. The Bulldogs' lone conference win came in their league opener, a 5-3 victory over Wofford. The Bulldogs have lost their last 10 league matches and 11 of their last 12. Most recently in league play, the hosts were swept by Samford, losing game one in walkoff fashion, 12-11 before falling 14-1 and 8-4 in Birmingham.

PITCHING MATCHUPS
In game one, ETSU's Hunter Loyd (4-1) and The Citadel's Devin Beckley (1-3) will take the mound. ETSU has lost each of Loyd's last three starts after starting 4-0, while Beckley holds a 5.27 ERA. Game two's starter for Coach Pennucci is Colby Stuart (2-1) who tossed  seven strong innings against Wofford after eight shutout innings vs UNCG in his previous two starts. Nathanial Tate (3-3) will round out ETSU's rotation. The Bulldogs' Zack Jones (0-3) will start game two and the hosts have yet to name a game three starter.

LYLE'S HOT CORNER
ETSU's senior third basemen, Jake Lyle got off to a slow start this season, but has played a big role in the last five contests. Lyle has hit .300 in the last five games with six hits in 20 at-bats. He walked once times, hit a double and two home runs. The senior third basemen hit two homers in ETSU's doubleheader split with Wofford on Sunday, April 11. Since coming to Johnson City in 2019, Lyle has started in all 100 games ETSU has played.

ACTION FOR ACOSTA
Joseph Acosta has been nearly perfect out of the bullpen this season for Coach Pennucci. He has not allowed any earned runs in 13 innings of work and has averaged nearly a strikeout per inning. While allowing five hits in his eight appearances, he is second on the team with two saves this season. Most recently, he picked up his first loss of the season, allowing an unearned run in ETSU's 3-2 extra-inning loss to Wofford.

KING OF THE LINEUP
Sophomore infielder, Ashton King, has played a big part in the top of the lineup this season. King is second on the team with a .293 average, 23 RBI and a .466 slugging percentage. He has walked 15 times and has 14 extra-base knocks this season (11 doubles). The middle infielder is also second on the team with six multi-RBI games and has five two-hit games and three three-hit games. He is riding a team-best 21-game on-base streak into the weekend.

LAY IT DOWN!
ETSU has successfully laid down 25 sacrifice bunts which is first in the SoCon and seventh in Division I. Markell Graham (Atlanta, Ga.) leads the team with five, while nine other Bucs have at least one successful sacrifice bunt.

SERIES HISTORY
ETSU is 37-60 against The Citadel all time and has won the last four in a row. The Blue and Gold are 16-48 against the Bulldogs on the road and The Citadel has won 28 of its 35 games against the Bucs at Riley Park.