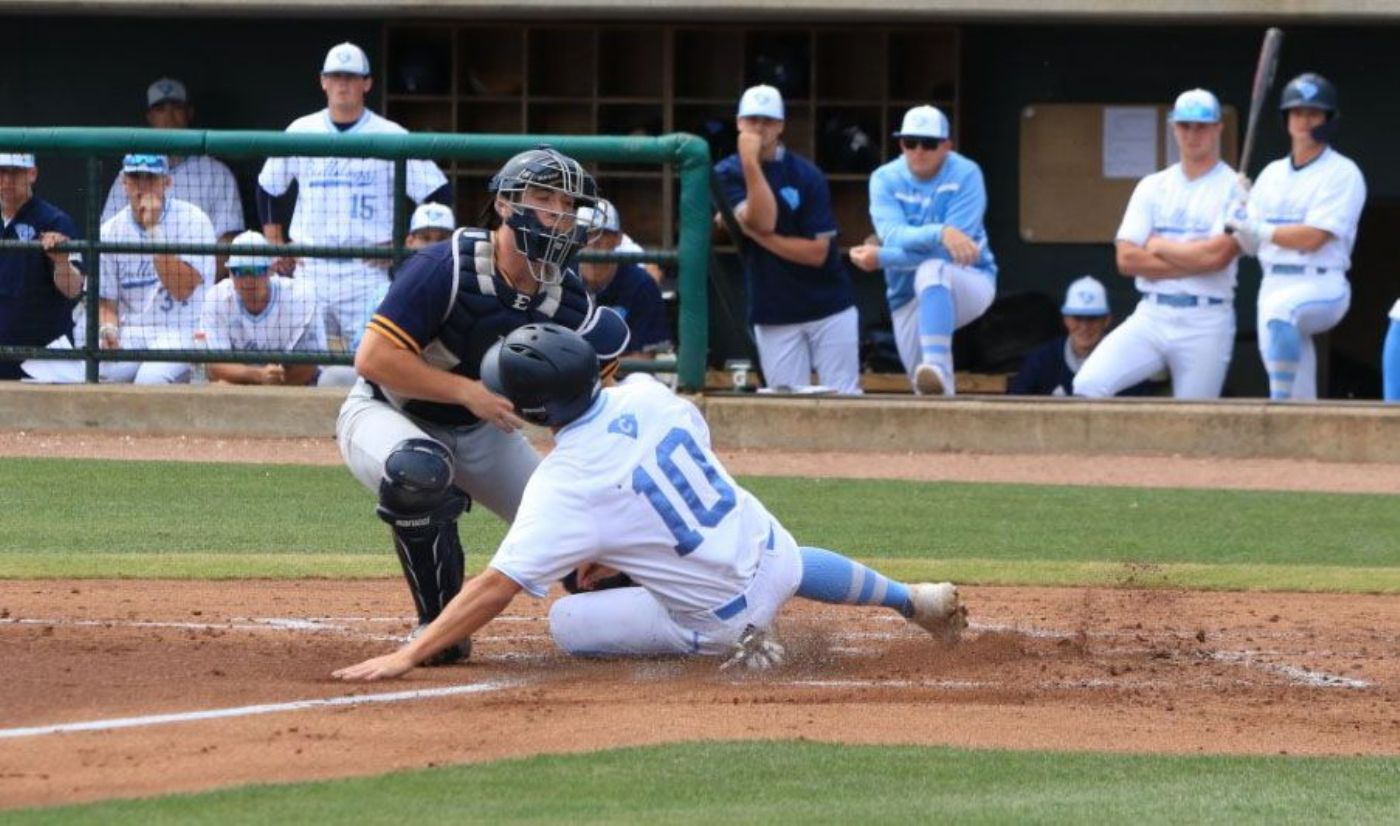 ­Doubleheader moved back to Saturday

CHARLESTON, S.C. (April 16, 2021) — The ETSU Baseball Team fell in its series opener for the third consecutive week, this time a 5-4 setback at The Citadel.

ETSU got the scoring started in the first with a David Beam (Knoxville, Tenn.) RBI single to left which plated Ethan Cady (Soddy Daisy, Tenn.).

The Bulldogs battled back quickly in the bottom of the second as they took a 4-1 lead in inning, scoring two unearned and two earned runs on two Buccaneer errors. The Blue and Gold didn’t let their three-run deficit last long as in the next half inning with a Jake Lyle (Spring Hill, Tenn.) 2-RBI single to left, scoring Beam and Noah Webb (Kodak, Tenn.).

The score remained 4-3 until the eighth when on his 115th pitch, Hunter Loyd (Knoxville, Tenn.) allowed a ground-rule double down the left field line which allowed the hosts to double their lead.

Down 5-3 in the ninth, Bryce Hodge (Knoxville, Tenn.) began the Buccaneer rally with a leadoff double. Sean Kearney (Powell, Tenn.) drove in the Bucs’ fourth run of the contest with a two-out double. After The Citadel made an error and allowed a walk, ETSU had the bases loaded with the tying run on third, but could not convert, giving The Citadel a 5-4 victory.

Stat of the Game
ETSU left 14 men on base, while The Citadel stranded just four runners.

Up next
The Bucs and the Bulldogs conclude the weekend series with a Saturday doubleheader beginning at noon.