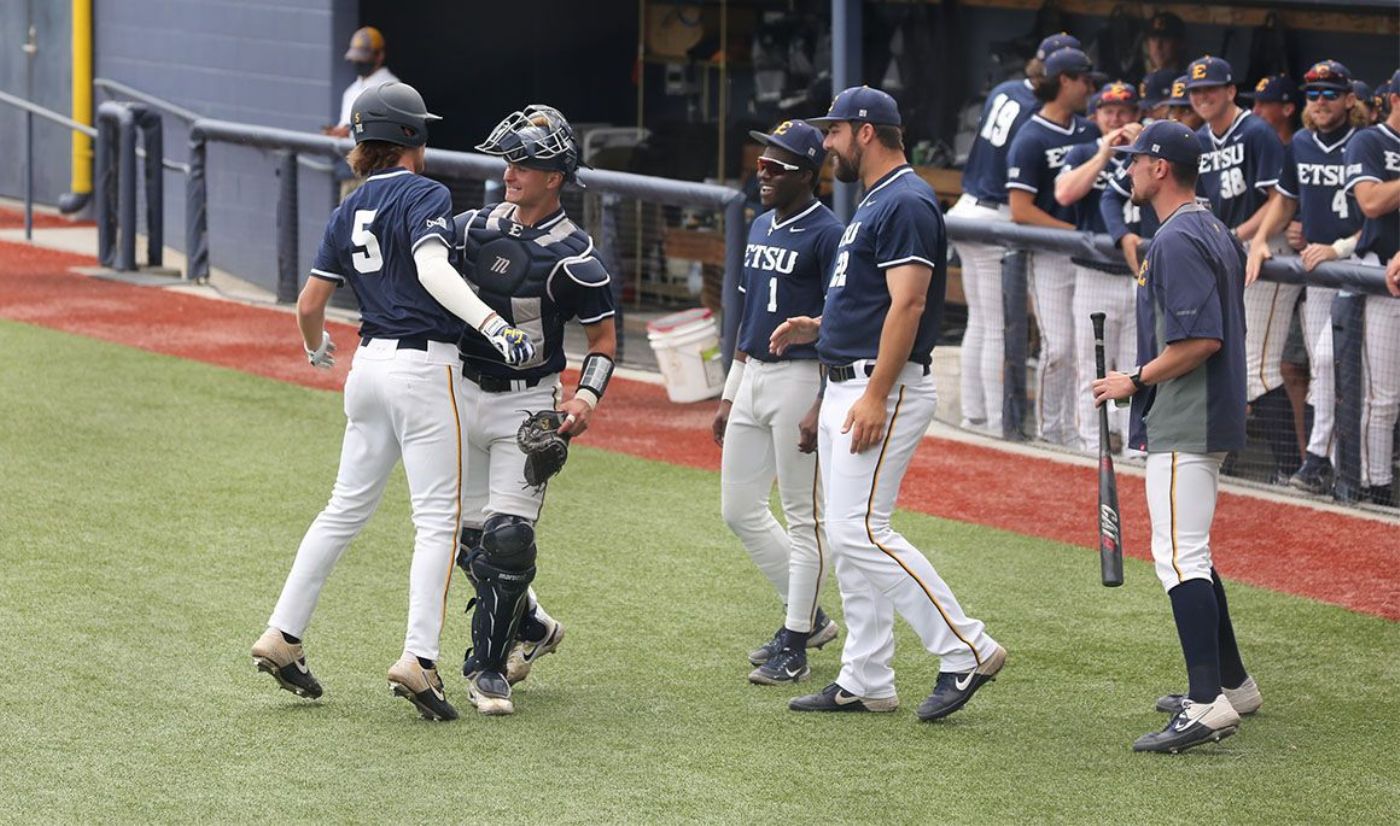 Series adjusted to Friday doubleheader due to weather

JOHNSON CITY, Tenn. (April 22, 2021) — The ETSU Baseball team is back at Thomas Stadium this weekend, hosting the Western Carolina Catamounts in a three-game series beginning on Friday, April 23. The series, which originally featured a Saturday doubleheader, moved the twin bill to Friday due to inclement weather. The single game which will be played on Saturday will be announced at a later time based on the projected forecast.

ETSU’S LAST SOCON SERIES
Last weekend, ETSU lost its third Southern Conference series of the season, dropping two of three games to The Citadel Bulldogs. In game one of the series, The Citadel scored four in the second inning to take a big lead and ETSU's comeback fell just short, plating only one in the ninth. The two teams split Saturday's doubleheader. The Blue and Gold took game two 7-2 behind a strong start from Colby Stuart. In the series finale, with the game tied at four in the eighth, the Bulldogs plated two runs with a two-out RBI single to take a 6-4 lead. The Bucs hit .279 in the series with nine doubles while outscoring the bulldogs 15-13.

ABOUT WESTERN CAROLINA
Western Carolina (20-10, 8-3 SoCon) currently leads the SoCon’s Red Division after taking 2-of-3 from the league’s Blue Division-leading Samford Bulldogs last weekend in Cullowhee. The Catamounts are ahead of both Wofford (10-5), which travels to VMI this weekend, and Mercer (8-4), which visits Samford this weekend after being swept by VMI last week. The Catamounts enter the weekend leading the SoCon with a .311 batting average (7th nationally), .465 slugging percentage (34th nationally), and a .435 on-base percentage (2nd nationally).

ACTION FOR ACOSTA
Joseph Acosta has been nearly perfect out of the bullpen this season for Coach Pennucci. Acosta entered last weekend with a 0.00 ERA and had allowed just one unearned run. He allowed The Citadel to plate two with him on the mound, moving his ERA to 1.23, which still leads the team. He has two saves, 14.2 IP, 13 strikeouts and has allowed eight walks. He is holding opposing hitters to a .185 ERA.

KING OF THE LINEUP
Sophomore infielder, Ashton King (Knoxville, Tenn.), has played a big part in the top of the lineup this season. King is third on the team with a .292 average, 24 RBI and a .435 slugging percentage. He has walked 15 times and has 14 extra-base knocks this season (11 doubles). The middle infielder is also second on the team with six multi-RBI games and has seven two-hit games and three three-hit games.

ALL ABOUT THE BEAM
David Beam started this season off with a 14-game hitting streak which ended in the series finale against North Carolina Central. Beam fourth on the squad hitting .261 with two HR and six doubles. He leads the team with 21 walks and reached the 100-career hit mark earlier this season. As Coach Pennucci has changed up the lineup throughout the season, Beam has hit in the top-two spots in 11 games this season and has also hit in the 4-7 spots as well. This season he has hit in six of the nine places to start the game, the most among any Buccaneer.

LAY IT DOWN!
ETSU has successfully laid down 30 sacrifice bunts which is first in the SoCon and sixth in Division I. Markell Graham (Atlanta, Ga.) leads the team with five, while 10 other Bucs have at least one successful sacrifice bunt.

SERIES HISTORY
ETSU is 39-68 against Western Carolina all time and has swept the last two series. The Blue and Gold are 14-27 against the Catamounts in Johnson City and are 6-1 under Coach Pennucci.