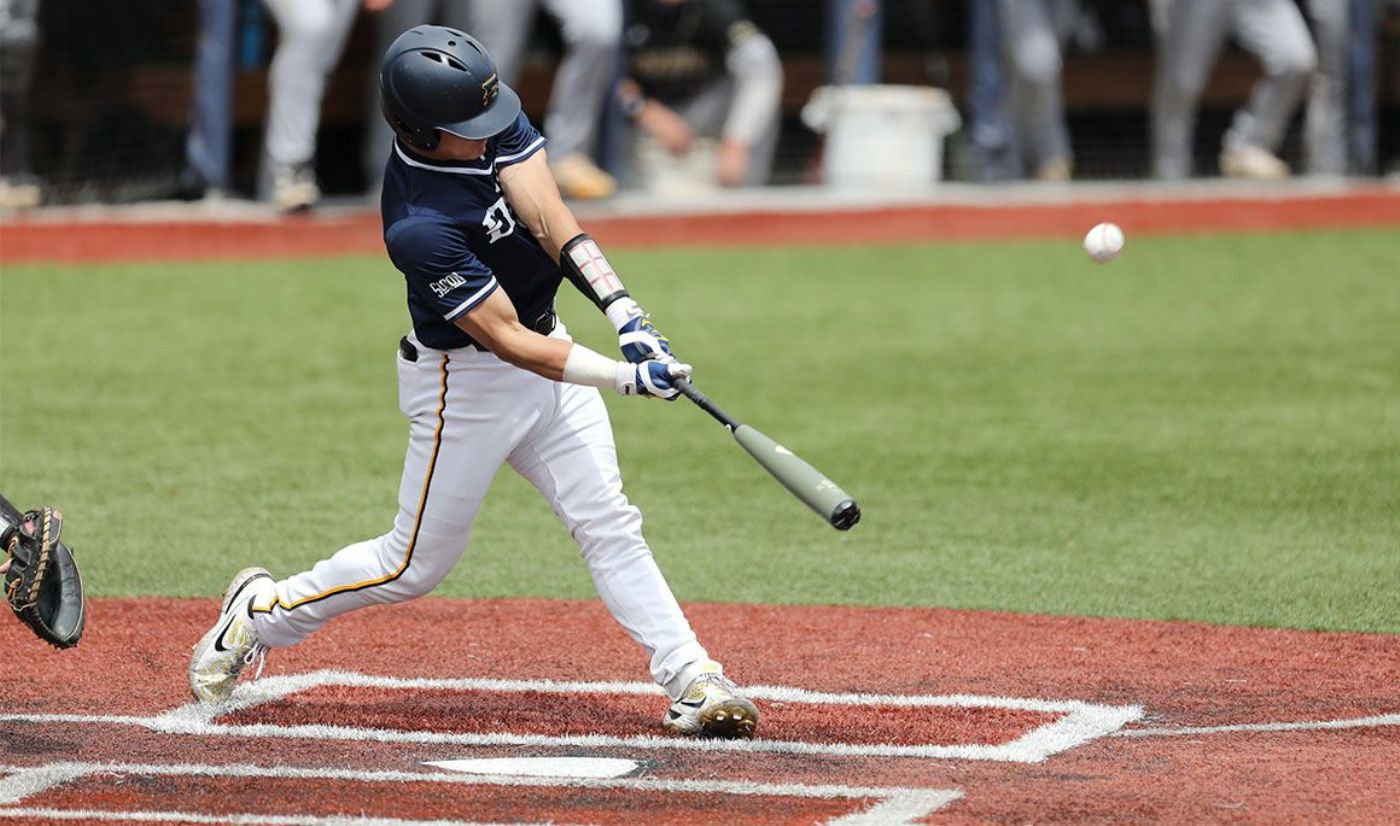 JOHNSON CITY, TENN. (April 23, 2021) — The ETSU Baseball Team held the league’s top offense to just four runs in a doubleheader split on Friday afternoon at Thomas Stadium. The Blue and Gold fell to the Western Carolina Catamounts in game one, 3-0, before defeating the visitors 7-1 in the second game of the twin bill.

How it happened:
GAME ONE: WESTERN CAROLINA 3, ETSU 0
Both pitchers were lights out until the 6th when Western Carolina entered the run column first. After the first two batters singled and the next was hit by a pitch, the Catamounts had the bases loaded with no outs. Daniel Walsh put the visitors on the board with a double to left center. WCU added one more on the next at bat with a Will Prater RBI single.

Stat of the Game
The game’s three pitchers combined for 15 strikeouts and just one walk.

Notables
» Four different Buccaneers recorded a hit in the series opener.
» WCU’s Zebby Matthews handed ETSU its first shutout of the season. The Catamount ace went the distance, allowing four hits, no walks and struck out seven.
» ETSU’s Hunter Loyd (Knoxville, Tenn.) got the nod and went six complete innings. He gave up three earned runs on seven hits and struck
out seven without walking a batter.
» The two hour and 17-minute-long game was the shortest game this season for both teams.

How it happened:
GAME TWO: ETSU 7, WESTERN CAROLINA 1
After being held scoreless in game one, David Beam (Knoxville, Tenn.) got the Bucs on the board quick in the second game of the doubleheader. With Ashton King (Knoxville, Tenn.)  on second, he drove a deep fly ball over the left center field wall for his third home run of the season, giving ETSU an early 2-0 lead.

Western Carolina got on the board for the first time in game two in the fourth inning. The Catamounts recorded three straight singles with two outs to score their first run of the contest.

ETSU plated the its two runs of the contest in the fifth. Jake Lyle (Spring Hill, Tenn.) plated one run on a ground-rule double over the right field fence and later scored on a King single through the left side.

Stat of the Game
The Blue and Gold had eight of its nine batters reach base. Six of the eight scored a run.

Notables
» Beam’s home run was the third of the season for the senior and just the fourth for ETSU in the first inning in 2021.
» The home run in the third was Webb’s fourth of the campaign. The sophomore catcher has hit a homer in three of ETSU’s last four weekend series.
» Colby Stuart (Elon, N.C.) was dominant on the mound for the Blue and Gold. He went eight innings for the second time this season, allowing only one run on six hits and fanned seven Catamount hitters.
» Western Carolina entered the series scoring less than three runs in a nine-inning game just once (at #6 Tennessee). The one run is the fewest they’ve scored all season.
» King, Bryce Hodge (Knoxville, Tenn.) and Webb all recorded two hits in the contests.
» Seven of the nine batters in the Buccaneer lineup recorded a hit.

The Bucs and the Catamounts conclude the three-game series at Thomas Stadium at 1 p.m.