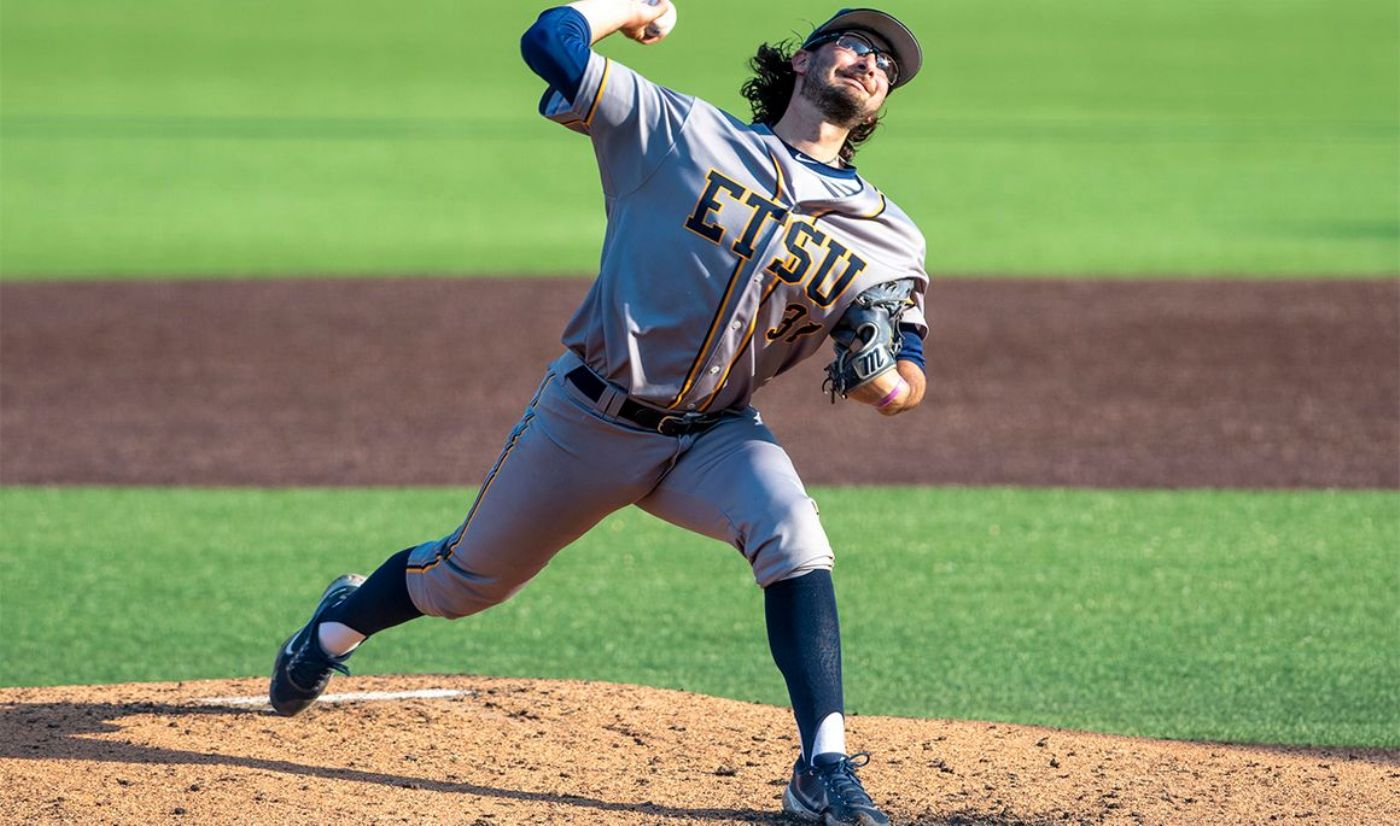 BLACKSBURG, Va. (April 27, 2021) — The ETSU Baseball Team traveled to Blacksburg, Va. on Tuesday afternoon to face its final Power-5 opponent of the season. The Blue and Gold were unable to get on the board as the 22nd-ranked Virginia Tech Hokies shutout ETSU at Atlantic Union Bank Park, 12-0.

How it happened:
The Hokies got on the board in the first with a two-out RBI single to right in the second. The score stayed at 1-0 until the fifth, where the Hokies plated six runs, on five walks and two hits in the inning to take a 7-0 lead.

In the seventh, after a double play, the next two Hokies reached base and were driven in during the next at bat on a two-out RBI double down the third base line to give the Hokies a nine-run lead. The Hokies plated the game’s final three runs in the eighth.

Stat of the Game
ETSU’s pitchers allowed eight free passes (seven walks and a hit by pitch). All eight of those batters came around to score.

Notables
» In his first start of the season, Zach Kirby (Upland, Calif.) went three innings and allowed just one run on four hits and struck out five.
» ETSU’s streak of defeating a Power-5 team in 13 consecutive seasons ended with the loss.
» Five different Buccaneers recorded a hit.
» Virginia Tech’s Gavin Cross and Kevin Madden both tallied a game-high three hits. Madden led the way with RBI, while Cross had two.

Up next
The Bucs continue Southern Conference play this weekend as they travel to face the Mercer Bears in a three-game series beginning Friday, April 30 at 5 p.m.