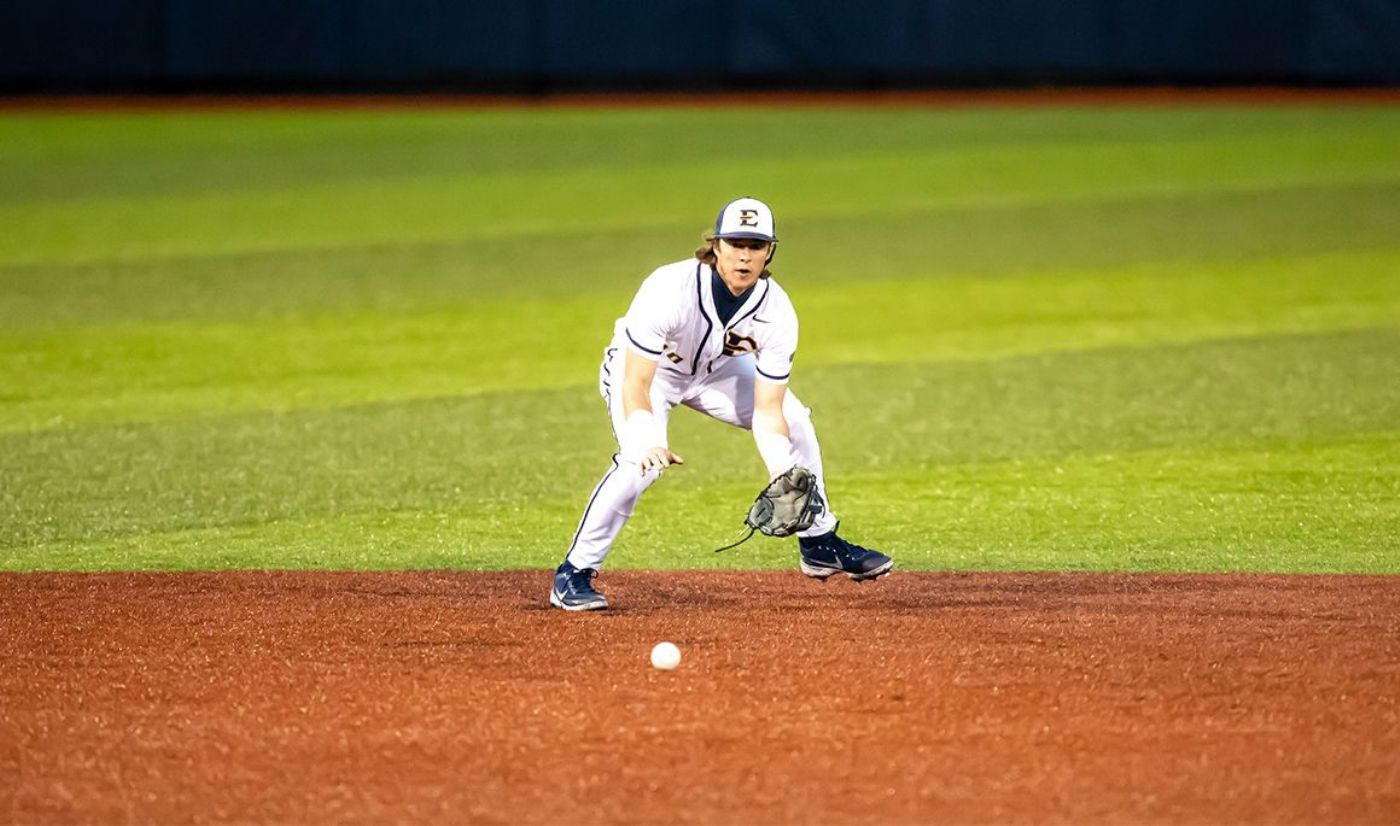 MACON, Ga. (April 30, 2021) — The ETSU Baseball team traveled to Macon, Ga. to face the Mercer Bears on Friday evening at OrthoGeorgia Park. In a game which featured eight home runs, Mercer held the advantage after the first inning and never let up, taking the game, 13-8.

How it happened:
The Blue and Gold did not take long to find its first run of the game. After seeing two straight balls, Ashton King (Knoxville, Tenn.) blasted the first strike he saw over the left field wall. His fourth homer of the season gave ETSU an early 1-0 lead.

Mercer didn’t take long to strike back. The Bears began the bottom of the first with back-to-back doubles and a home run to take its first lead of the game, a 3-1 advantage heading into the second.

The hosts added to their lead in the second and third inning with a two-run home run in the second and an RBI double in the third. In the fourth, Bryce Hodge (Knoxville, Tenn.) recorded ETSU’s second hit and second home run of the afternoon, plating Ethan Cady (Soddy Daisy, Tenn.) and cutting the Bucs’ deficit to 6-3.

Mercer kept its run production going in the bottom half, putting the two runs back on the board with a Collin Price RBI single that scored two runs. The Bucs were back into the run column in the sixth as King crossed the plate for the second time in the game, this time on a Hodge groundout.

ETSU hit its third home run of the game in the seventh as Jackson Green (Blackwood, N.J.) hit his first blast of the season which cut Mercer’s lead to four. The Bears doubled their lead with four runs in the seventh.

With the bases loaded and one out in the ninth, King cleared the bases with a double down the left field line to cut Mercer’s lead to 13-8.

Stat of the Game
King’s leadoff home run in the first was the first leadoff homer for the Bucs since Chris Cook did it at Furman on April 22, 2017.

Notables
» Each of ETSU’s first two hits were home runs.
» This marked King’s second 4-RBI game this season and third of his career. He has seven multi-RBI games in 2021.
» Green’s home run in the seventh was the first of his Buccaneer career and third RBI of the season.
» Hunter Loyd (Knoxville, Tenn.) got the start for ETSU and allowed eight runs on 12 hits in four innings.
» This is the third time this season that Mercer hit five home runs in a game.
» Mercer was 14-22 with two outs in the game and was 11-22 with runners in scoring position.

Up next
The Bucs and the Bears conclude the three-game series on Saturday with a doubleheader beginning at 2 p.m.