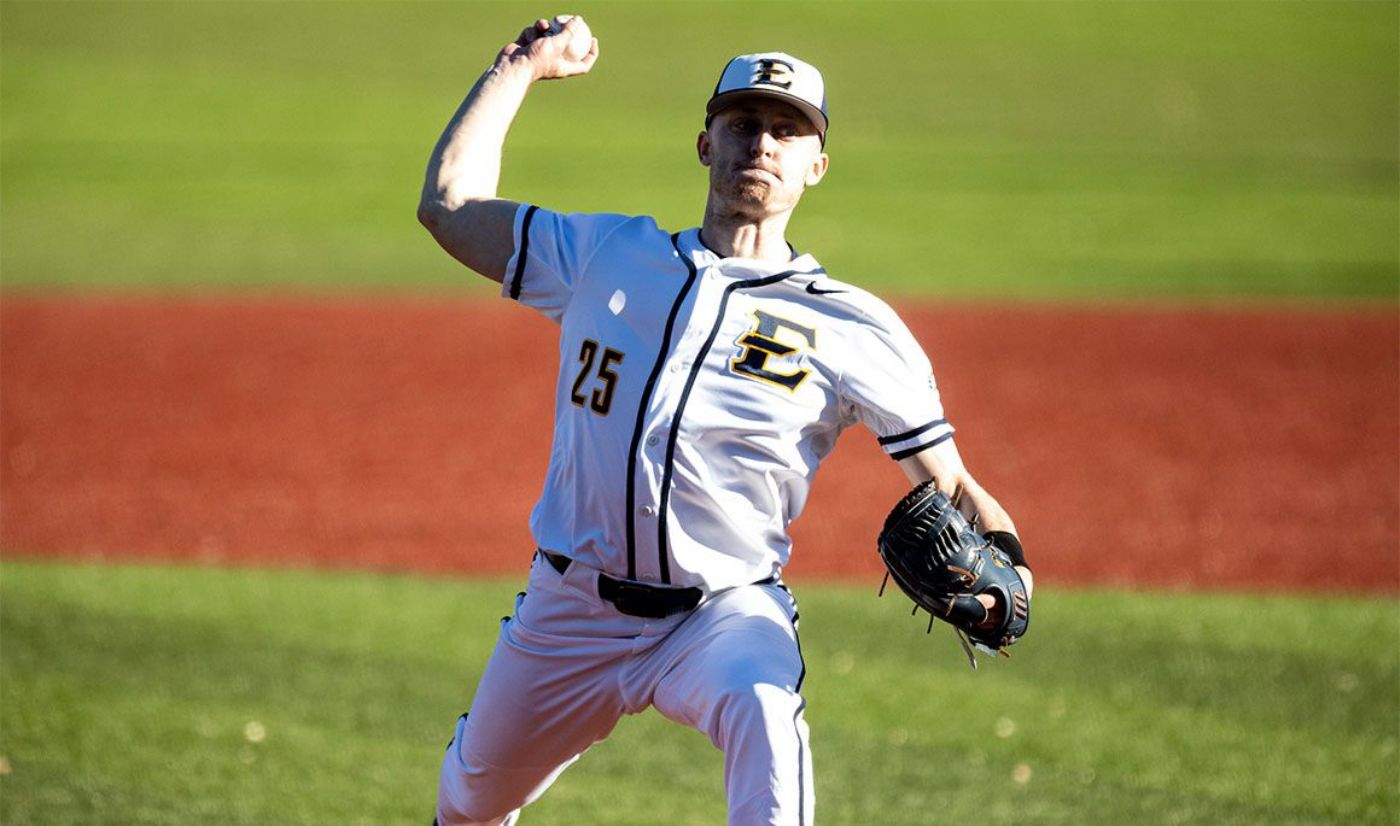 JOHNSON CITY, TENN. (May 6, 2021) — The ETSU Baseball Team will begin its second round of division play this weekend as the UNCG Spartans come to Thomas Stadium on Friday and Saturday. Prior to Saturday’s 1 p.m. doubleheader, the Blue and Gold will honor the team’s 15 seniors.

Last weekend, the Blue and Gold fell in the series opener in Macon to the Mercer Bears, 13-8. All three games were a slugfest and it was the first series for the Bucs this season where all three games featured 10 or more runs between the two teams. In game two, the Bears took a 5-4 lead into the ninth and with two on and no one out, Bryce Hodge (Knoxville, Tenn.) hit a three-run bomb to give ETSU the lead. The Bucs won game one of the doubleheader 7-6. In the rubber match, after a stellar six innings of work by Nathanial Tate (Manchester, Tenn.), the Bucs held a 4-0 lead over the Bears. After a three-run home run in the seventh and four more in the eighth, Mercer got a come-from-behind win of their own, taking the third game, 8-4.

ABOUT UNCG
UNCG enters the weekend at 22-20 and is 8-13 in SoCon play. The squad began the season 10-2 and then lost eight of their next nine games. The Spartans began SoCon play 3-12, but have won seven of their last eight. UNCG has two Power-5 wins this season (#12 NC State and #13 Virgina Tech). UNCG is led offensively by Corey Rosier. He has a .358 average and leads the team with 10 home runs, 47 runs scored and 42 RBI. He's also second on the squad with 13 stolen bases. On the mound, the Spartans have an ERA of 4.94. Brandon Stephens and Austin Parsley lead the squad with a sub-four ERA out of the bullpen.

ETSU’S STARTING ROTATION
The Buccaneers will keep the same starting rotation. Hunter Loyd (Knoxville, Tenn.) will be the ace for the Blue and Gold. He holds a 4.04 ERA, has 74 K’s and has a 4-4 record. Opponents are hitting .216 against the Knoxville native. Colby Stuart (Elon, N.C.) will start game two for ETSU. He has a 3.03 ERA leads the Buccaneer squad with a 5-1 record. Nathanial Tate (Manchester, Tenn.) rounds out Coach Pennucci’s rotation. Tate has a 3-3 record in nine starts. He has 61 strikeouts in 49 innings of work.

SERIES HISTORY
UNCG leads the series against ETSU, 32-18. The Blue and Gold are 4-6 against the Spartans under Coach Pennucci.