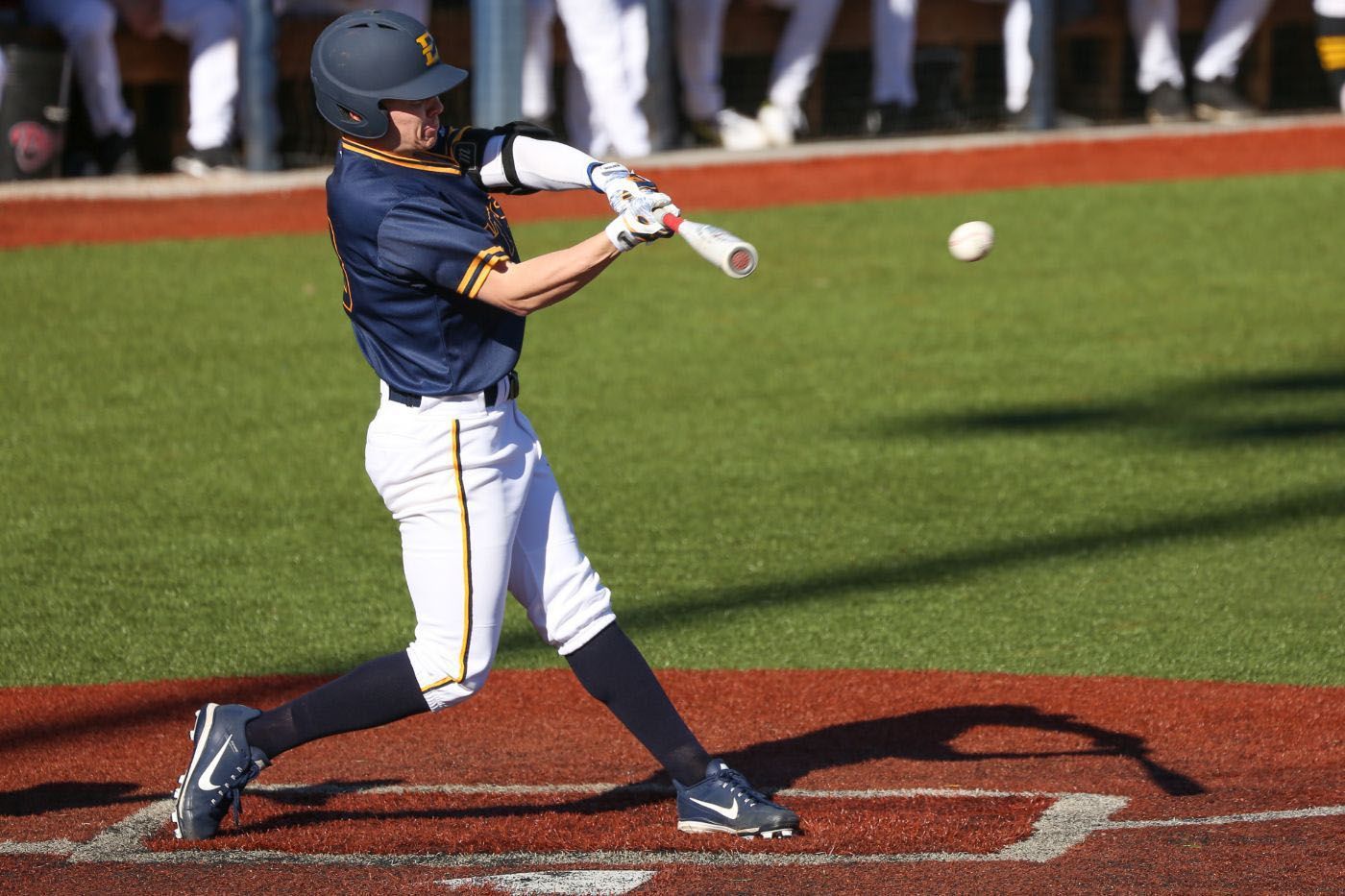 Bucs record first win over Mountaineers in Boone Since 2013

BOONE, N.C. (May 11, 2021) — The ETSU Baseball Team used three home runs to conclude their nonconference slate on a high note at Jim and Beattie Smith Stadium on Tuesday evening. The Bucs defeated the Appalachian State Mountaineers 10-5 to earn their first win in Boone since 2013.

How it happened:
ETSU got on the board first with four runs in the third. The scoring began with a Sean Kearney (Powell, Tenn.) RBI single to score Ethan Cady (Soddy Daisy, Tenn.). In the next at bat, David Beam (Knoxville, Tenn.) stepped up to the dish and cleared the bases with a three-run blast to left, giving the Bucs a 4-0 lead.

Bryce Hodge (Knoxville, Tenn.) extended the Buccaneer advantage in the fourth with his own three-run shot. He drove in Cady and Reese Famer (Winterville, N.C.) with a two-out home run over the left field wall.

Entering the bottom of the fourth, ETSU led 7-0. After the blue and Gold went to the bullpen, App State began to cut into the Buccaneer lead. The Mountaineers used four hits, including two doubles, to plate four runs in the inning, cutting their deficit to three.

Cady continued his successful day at the plate as he hit the Buccaneers’ third long ball of the day in the top of the seventh to push the ETSU lead to four, 8-4. The solo shot to right was Cady’s 12th of the season. With two on and two outs in the eighth, the Buccaneers plated two unearned runs to extend their lead to 10-4.

App State’s Kendall McGowan hit the Mountaineers’ only homer of the afternoon in the top of the ninth to score their fifth run of the game. Brady Jones (Woodstock, Ga.) allowed one more base hit, but no more runs to secure the victory for ETSU.

Stat of the Game
This was ETSU’s sixth game this season hitting three or more home runs.

Notables
» Cady leads the squad with 12 home runs. Hodge hit his seventh of the season, while Beam’s blast was his fourth.
» This was Cady’s second straight three-hit game.
» Hodge’s four RBI tied his career high.
» Beam’s three-run blast was his first three-run homer of the season and his first since he hit a grand slam against Wagner on March 7, 2020.
» Zach Kirby (Upland, Calif.) got the nod for ETSU and pitched three shutout innings. The allowed three hits, one walk and struck out three Mountaineers.
» Matthew Mercer (Chattanooga, Tenn.) picked up the win for the Blue and Gold. In 2.1 innings of relief, Mercer allowed three hits and struck out three without allowing a walk or a run.
» ETSU’s 2-5 hitters went 10-for-18. Farmer recorded the other two Buccaneer hits.
» App State’s Tyler Leek went 3-for-5 with three singles.
» This marked the first time this season that ETSU allowed 10 or more hits and came out victorious (previously 0-13).
» The win is ETSU’s first over the Mountaineers in Boone since April 30, 2013.