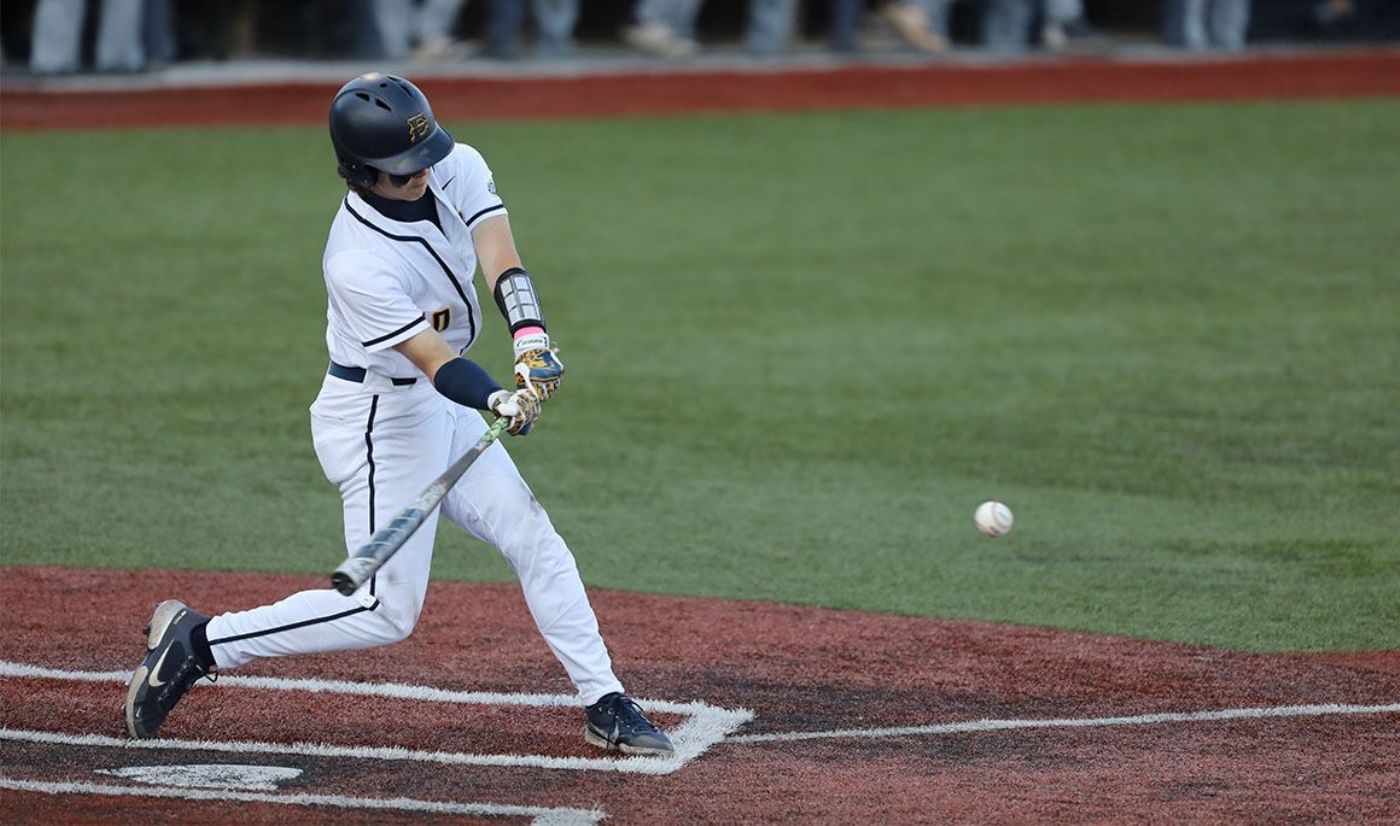 LEXINGTON, VA. (May 14, 2021) — The ETSU Baseball Team began its final road series of the regular season on Friday evening at Gray-Minor Stadium, facing the VMI Keykets. The Blue and Gold scored four runs in the ninth, but could not eliminate their five-run deficit in the final frame as VMI took the opener, 6-5.

How it happened:
VMI jumped out to an early 1-0 lead as they scored a run in the second after the Keydets reached on a walk and an error. ETSU got the run back fairly quickly as Ashton King (Knoxville, Tenn.) put the Bucs on the board with a one-out home run in the third.

The Keydets scored one in the third and topped off scoring five unanswered runs with four in the fourth. The hosts plated four runs on two hits, three walks and a sacrifice fly to take a 6-1 lead.

ETSU began to fight back in the ninth. With two on and one out, King doubled to left center and plated Jake Lyle (Spring Hill, Tenn.). After an Ethan Cady (Soddy Daisy, Tenn.) sacrifice fly, Bryce Hodge (Knoxville, Tenn.) drove in King from first with a line drive over the left field wall, making it a 6-5 game with two outs. VMI’s Trey Morgan entered the game and struck out the next batter to close it out and earn his second save of the season.

Notables
» King’s home run was his fifth of the season; he drove in his 30th and 31st RBI of the campaign. Hodge’s blast was his eighth of 2021.
» Hunter Loyd (Knoxville, Tenn.) got the start for the Blue and Gold and went three innings, allowing five runs on five hits with three walks. He struck out two as his record dropped to 5-5.
» Zach Kirby (Upland, Calif.) was strong in relief, only allowing one run on two hits in five innings of work, fanning four batters.
» VMI’s Nathan Light picked up his third win of the season, tossing seven innings and allowing just on run on five hits.
» Five different Buccaneers recorded a base hit, Hodge led the team three.

Up next:
ETSU and VMI conclude the three-game series with a doubleheader tomorrow in Lexington beginning at 1 p.m.