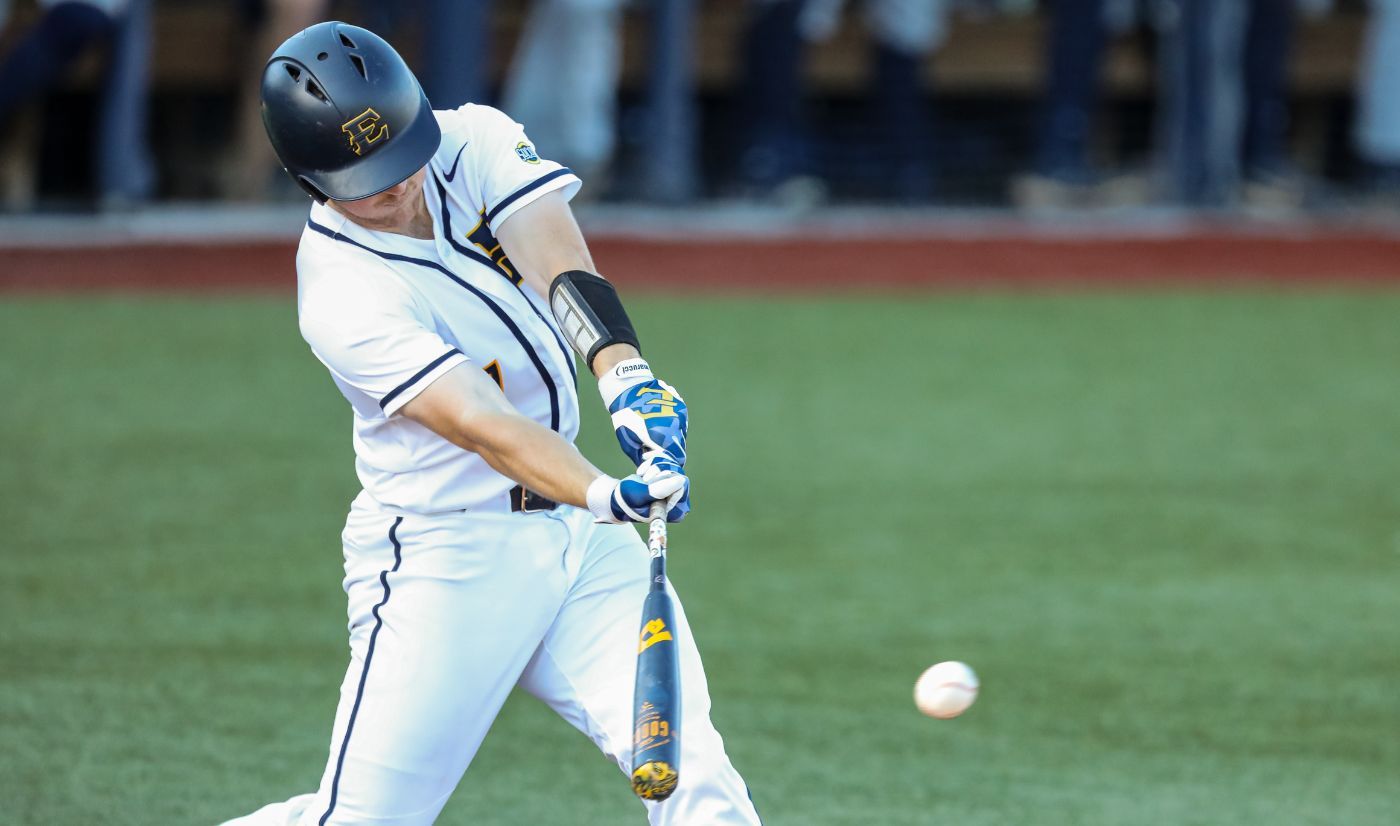 Bucs Blast Past Bulldogs in Series Opener
Samford at ETSU | May 20, 2021
Related Links

How it happened:
Both pitchers were dealing through the third inning. In the fourth, the Bucs’ bats came alive. Beginning with a Bryce Hodge (Knoxville, Tenn.) leadoff double, all nine Buccaneers hit in the inning. The scoring began with a Noah Webb (Kodak, Tenn.) sacrifice fly, plating Sean Kearney. With two outs, the Blue and Gold scored four more with singles by Jake Lyle (Spring Hill, Tenn.) and Ashton King (Knoxville, Tenn.) and a two-run ground-rule double off the bat of Reese Farmer (Winterville, N.C.).

The fifth inning was just as dominant by the Buccaneer offense. The Blue and Gold scored six in the fifth starting with a Kyle Richardson (Zionsville, Ind.) ground-rule double down the left field line to score a pair. Two pitches later, Webb drove in his third and fourth RBI of the afternoon with a double to the gap in left center. King and Hodge rounded out the Buccaneer six-run fifth with a single and a double, driving in three runs.

Samford’s Sonny DiChiara scored the Bulldogs’ only run of the evening with a two-out blast over the left field wall.

In just his third start of the season, Zach Kirby (Upland, Calif.) tossed a seven-inning complete game. He allowed just the one run on six hits and struck out six without allowing a walk.

Stat of the Game
This marked the second time this season where ETSU scored five or more runs in two innings of the same game,

Notables
» Kirby’s seven innings are a career high and he finished just one strikeout shy of his career best.
» King and Richardson both recorded three hits in the contest. It was King’s fifth three hit game and team-leading 16th multi-hit game. Richardson netted his third three-hit game of the campaign.
» Six Buccaneers tallied two or more hits in the contest, a season high. Hodge, Beam, Webb and Farmer all had two.
» Webb’s three RBI are a career best for the sophomore.
» ETSU entered the game 0-12 when its opponent hit more home runs. After Samford hit the game’s only long ball, the Bucs are now 1-12 in those contests. The Bucs are now 17-8 when their starter goes more than five innings.
» This is the first time ETSU eclipsed the 15-hit mark this season and first since they garnered 18 hits on March 1, 2020 vs Georgia State.
» It was ETSU’s first run-rule victory of the season and the first win by 10 or more over a SoCon opponent since they defeated VMI 14-3 on April 6, 2019 in Lexington.
» Entering the game, Samford had been held to less than three runs just six times. The Bulldogs are now 0-7 in those contests.

Up next
The Bucs and the Bulldogs conclude the regular season on Friday with a doubleheader beginning at 1 p.m.