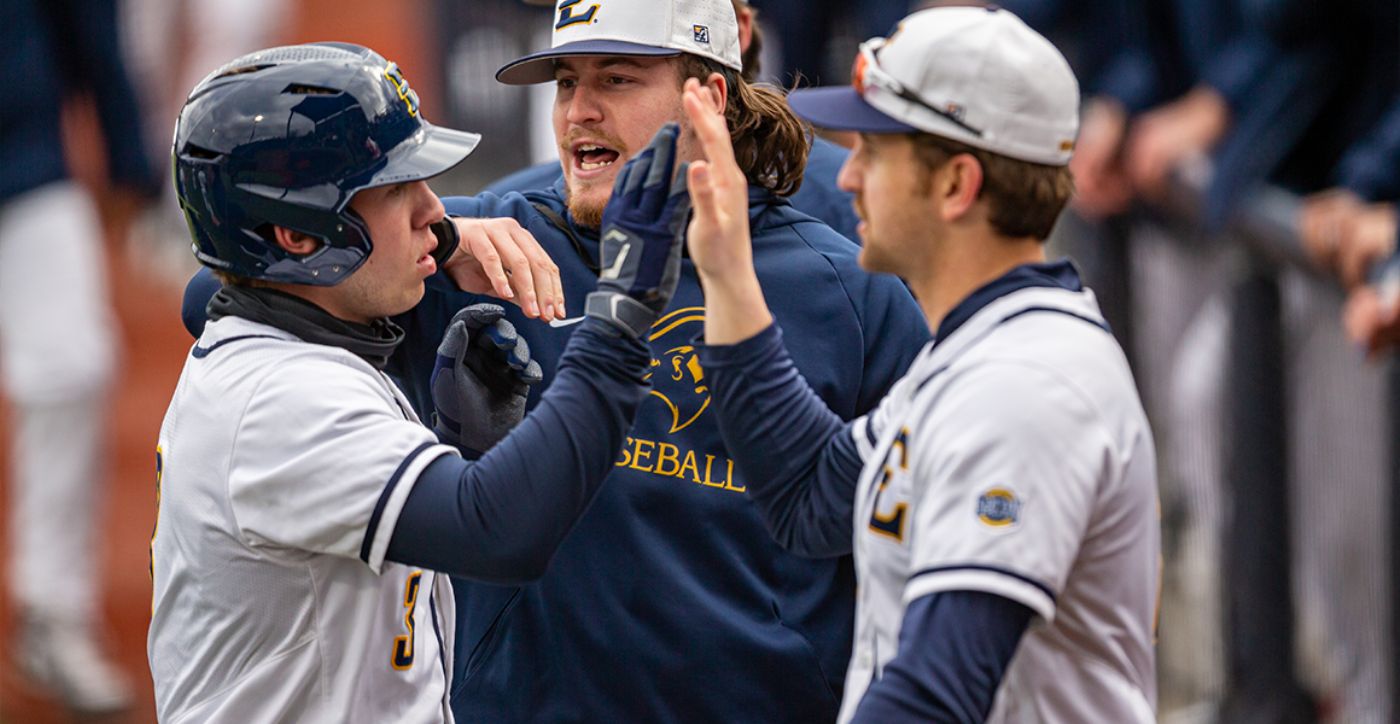 ETSU’s offense shined behind the bats of Ashton King (Knoxville, Tenn.) and Tommy Barth (Brecksville, Ohio) as the pair combined for five of ETSU’s ten hits on the afternoon. Bryce Hodge (Knoxville, Tenn.)added a multi-hit night with a pair of singles and a walk.

King and Barth got their first hits of the season in the first inning, both triples to the right field wall. King led off the bottom half of the game with that triple before scoring the first run of the season on a Skyler Cannady (Nicholasville, Ky.) sac fly to deep center. Barth belted his 0-2 pitch to right field to clear the bases and blow open the scoring to make it 7-0. Cannady and Barth each had three RBIs on the afternoon.

Matt Bollenbacher (Powder Springs, Ga.) got his first career nod and got through the third with just one earned run with two strikeouts before Zach Kirby (Upland, Calif) came in relief and dominated. Kirby, who led the Bucs in ERA last season, went 4.0 innings giving up four hits, no runs, walking none, and striking out six. Kirby got credit with the win to start the season.

After combining for 15 total runs in the first 4.5 innings, there were just four runs for the rest of the game, two by each squad.

The Bucs totaled ten hits and seven walks while giving up 13 hits and just two walks. ETSU went 4-for-11 with runners in scoring position while holding NKU to 3-for-15.

The Bucs head to game two of a three game set against the Norse with first pitch scheduled for 2 p.m. at Thomas Stadium.