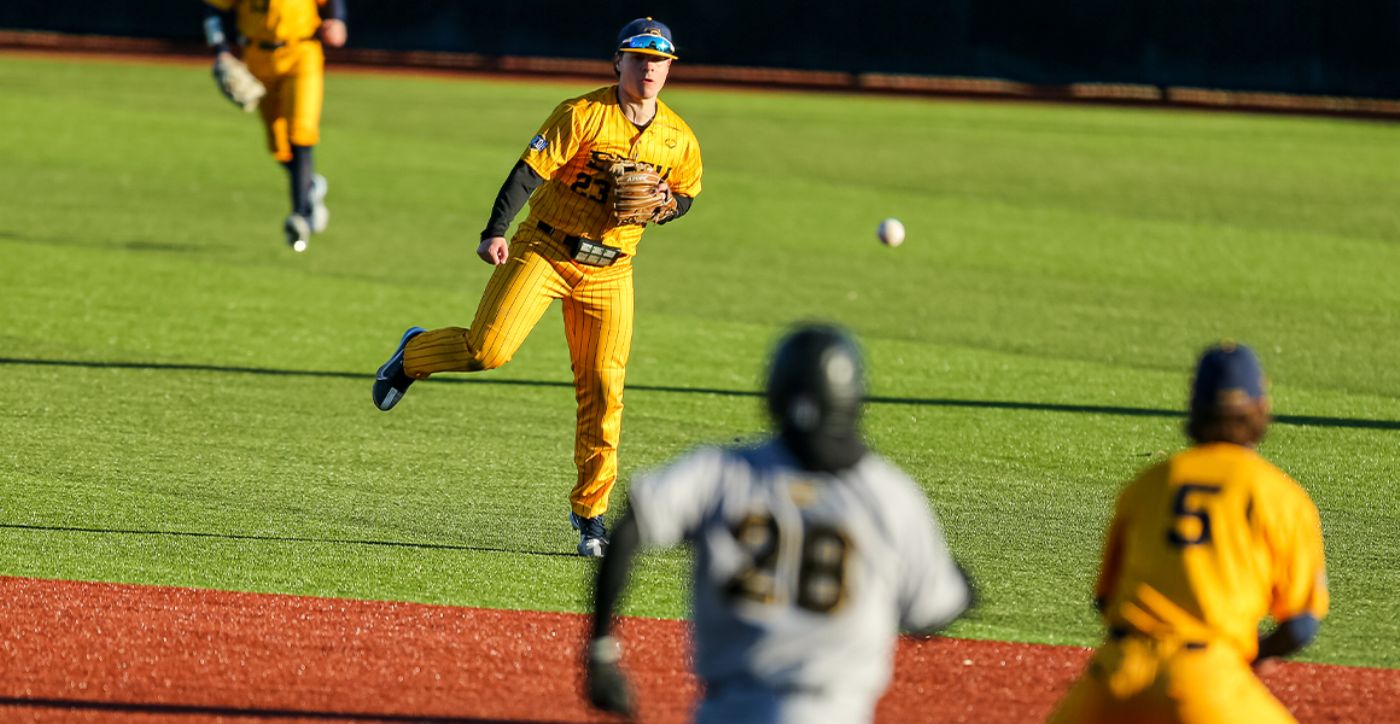 The Bucs used 12 runs on 15 hits to barrel past Northern Kentucky for game two of a three game set at Thomas Stadium on Saturday. The Bucs plated double-digit runs in back-to-back games since their opening season sweep over Iona in 2019.

Despite going 0-for-4 with a walk last night, that didn’t change Jared Paladino’s (Levittown, N.Y.) mindset going into today. The transfer from Monroe College found every part of the field tonight, going 4-for-5 with a two-run home run to left and an RBI double, posting a career-high six RBI’s. Paladino posted four hits his freshman season at Saint Peters in 2019 against future opponent Rider. Each of Paladino’s hits brought in a run.

Hodge and Beam joined Paladino, blasting baseballs over the left-field wall to give ETSU’s offense more energy. Hodge’s homerun hit three-quarters up the scoreboard while Beam nailed on well past the 370-mark in left-center. Beam’s homerun followed Paladino’s to give ETSU back-to-back home runs for the first time since King and Ethan Cady did so in the final game of the season last year against Samford.

Colby Stuart (Elon, N.C.), the SoCon Preseason Pitcher of the Year, was cruising past the third inning, allowing just one walk with no hits and five strikeouts. With two outs, the Norse strung together four hits and three runs to get on the board courtesy of a home run and two doubles. Stuart would finish his outing with three strikeouts in those final two innings of work. Stuart gets the win after going over the five-inning minimum.

The bullpen of ETSU kept NKU’s offense at-bat behind the arms of Andrew Ronne (Athens, Tenn.), Daulton Montagna (Pennsville, N.J.), and Owen Kovacs (Knoxville, Tenn.). Ronne, making his collegiate debut, was lights out after striking out two of the first three batters he faced. Ronne would face the minimum in two innings with a pair of strikeouts, one fly out, and three ground outs.

The heart of the lineup (batters 3 through 6) combined for 10 of ETSU’s 15 hits this afternoon. Each of NKU’s pitchers surrendered an earned run.

“It feels great. My teammates got on base and put me in a position to capitalize and without them I wouldn’t be putting up any numbers and I’m just happy to win,” said Paladino after his six-RBI game. “We have a lot of confidence in our pitchers and anytime they get us ground balls, we’re expected to do our job. Nothing like winning baseball games, just got to keep the momentum continuous and good things are going to happen.”

The Bucs look to take the season-opening sweep against the Norse tomorrow with first pitch scheduled for 1 p.m. at Thomas Stadium