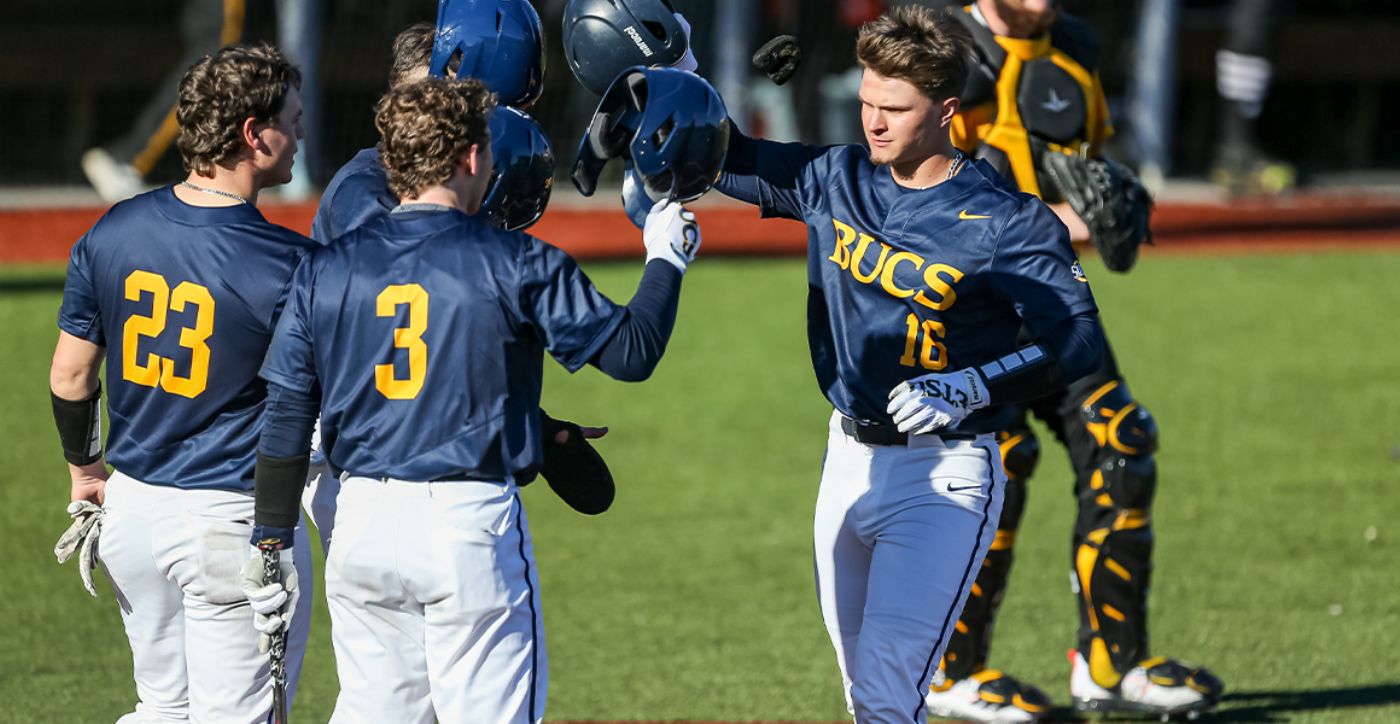 Hunter Loyd (Knoxville, Tenn.) was dominant over five innings and the Buccaneer bats continued to capitalize as ETSU completed the season-opening sweep against Northern Kentucky at Thomas Stadium.

Loyd, who led the Bucs with 83 strikeouts last season, picked up right where he left off, striking out 10 in just five innings of work while giving up just two hits. Loyd was able to produce five groundouts compared to one fly-out.

While Loyd was cruising through NKU batters, ETSU’s offense got it going and it started early. After Noah Webb (Kodak, Tenn.) and Ryan McCarthy (Knoxville, Tenn.) get on base with some free passed, Garett Wallace (Sanford, Fla.) sends one down the left-field line plating them both. Ashton King (Knoxville, Tenn.)walked the very next at-bat and Skyler Cannady (Nicholasville, Ky.) brought Wallace in with an RBI-knock to right. ETSU would lead 5-0 after the second inning.

Webb started his two-homer afternoon with a leadoff shot to dead center in the bottom of the third, three-quarters up the batter’s eye. Cannady would come up later in the inning with runners at first (King) and second (Wallace) and with one out, Cannady shoots one to the first baseman who snags the line-drive, but King makes the incredible effort to get back to first in time to avoid the double-play. Justin Hanvey (Purcellville, Va.) would score Wallace on an RBI-single to left, making it 7-0 after three.

Loyd would get a pair of strikeouts in the third, fourth, and fifth innings as the Knoxville native had his day done after five. Walker Trusley (Knoxville, Tenn.) was the first to come in relief and did his job, allowing just one hit but grabbing a strikeout and two fly-outs in the process. Trevor Hanselman (Tallahassee, Fla.) would come in the following inning for his ETSU debut and give up a leadoff walk, but the Bucs would roll a 6-4-3 double play to end the inning.

Brady Jones (Woodstock, Ga.) would replace Hanselman and would surrender NKU’s only runs of the game before Nathan Hickman (Lenoir City, Tenn.) would come in and slam the door. Hickman would finish the afternoon pitching 1.2 innings and recording five strikeouts, three of which came in the final inning.

A seven-run eighth inning was the final blow to NKU as all seven runs were scored with no outs. Logen Sutton (Knoxville, Tenn.) started the eighth inning with his first collegiate hit and Jared Paladino (Levittown, N.Y.) followed it up with a double into the gap. Leo Jiminian (Saint-Lo, France) would grab an RBI-single before Webb blasted his second homerun of the afternoon to left field to make it 11-3. McCarthy, Wallace, and King would each score to end the inning.

Kyle Rachels (Manteca, Calif.) got his first hit as a Buccaneer with an RBI-double to left-center, scoring King as the final run of the weekend.

After having two all of last season, the Bucs have posted three triples on opening weekend (King, Barth, Wallace).

The Bucs will take aim at their first-midweek contest of the season as they travel to Blacksburg to take on Virginia Tech on Tuesday, Feb. 22. First pitch is scheduled for 4 p.m.