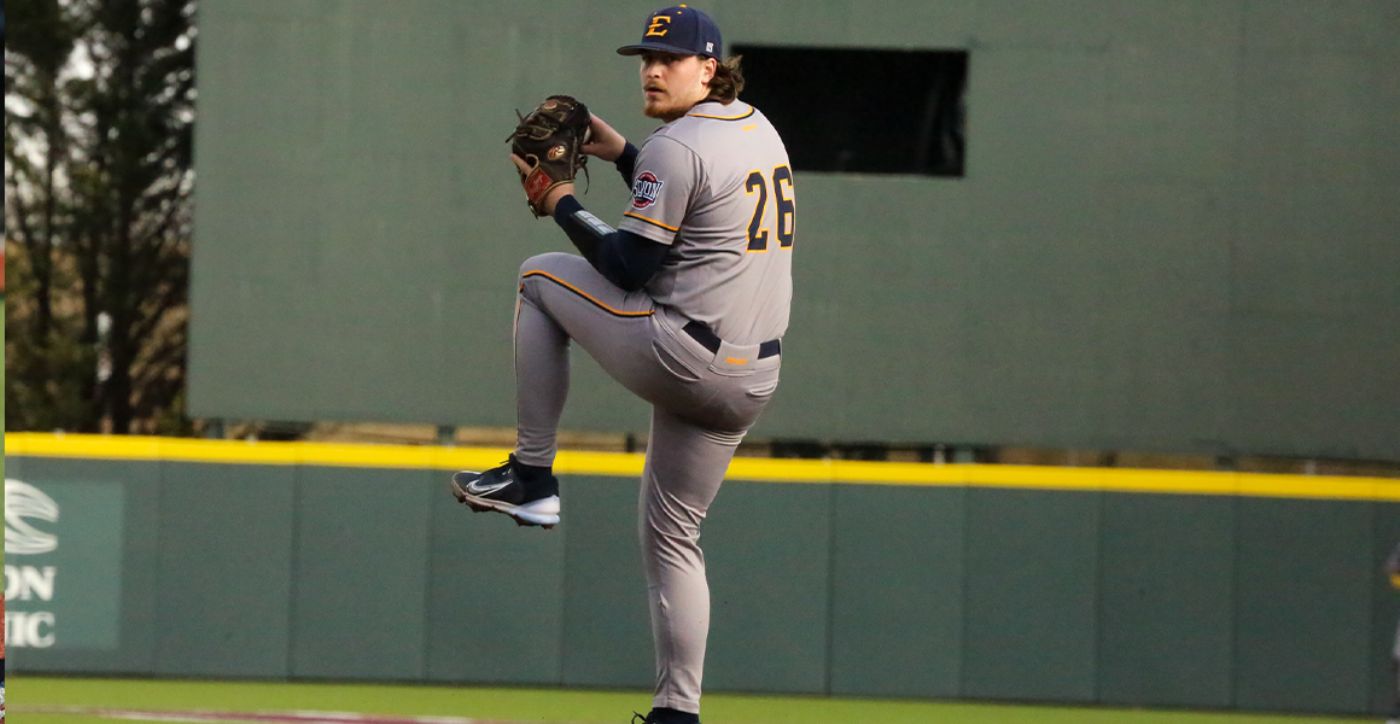 ETSU’s baseball game against Virginia Tech has been declared a no contest after a 1-hour, 43-minute rain delay.

It had the making of a pitcher’s duel on a midweek, something not normally seen across college baseball, but ETSU’s offense had other plans. Garett Wallace (Sanford, Fla.) got the game’s first hit with a knock to left field, but ETSU would have to wait until the following inning before getting on the board.

A Justin Hanvey (Purcellville, Va.) walk allowed a baserunner for the second consecutive inning, but Jared Paladino (Levittown, N.Y.) executed a perfect hit-and-run down the left-field line and suddenly ETSU had multiple runners on base. With two outs, Cam Norgren (Cary, N.C.) delivered an 0-2 off-speed to the right-center gap and put ETSU on the board. Norgren’s RBI and Hanvey’s run would be the only of the game.

Landon Smiddy (Knoxville, Tenn.) walked the first batter he saw in his second career start, but he settled in just fine afterwards. Smiddy sat down the remaining eight batters in the lineup, five of which via the punchout before rain brought out the tarps. Smiddy had faced the minimum courtesy of a first-inning double play.

The Bucs will return home for a three-game series against Wagner at Thomas Stadium. First pitch on Friday is scheduled for 3 p.m.