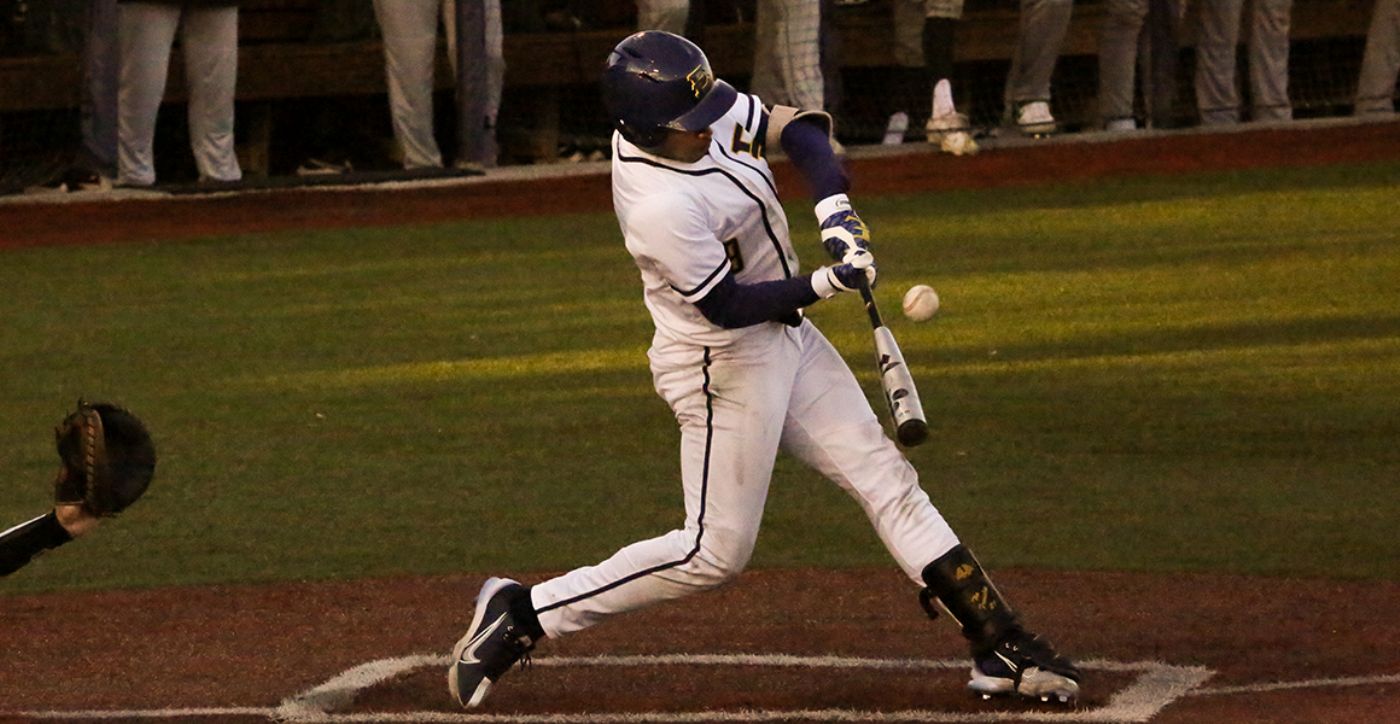 The Seahawks took game one of a three-game series at Thomas Stadium as the Bucs fell to Wagner 5-4 Friday afternoon.

Before today, ETSU was the first on the board in all three games this season and the unofficial game against Virginia Tech. Wagner strung together some two-out hits to score their first run of the series before ETSU had a chance to bat.

Wagner jumped out to a 3-0 lead before Leo Jiminian (Saint-Lo, France) roped one to left field for a two-run homer to cut the deficit to one. Cam Norgren (Cary, N.C.) took the first pitch he saw to the opposite gap for a solo shot the following inning and it was suddenly tied after three innings.

Zach Kirby (Upland, Calif.) limited the Wagner offense after a leadoff walk in the third, retiring the next nine batters before Landon Smiddy (Knoxville, Tenn.) came in relief in the top of the 6th. Kirby allowed just one earned run in five innings and has such through nine total innings pitching this season.

Smiddy, building off his unofficial start against Virginia Tech, retired the side to start and ETSU’s offense used that momentum into the bottom half. Leadoff man Jared Paladino (Levittown, N.Y.) walked on a full count and got to second via wild pitch, putting a man in scoring position with no outs. Noah Webb (Kodak, Tenn.)would send a long fly-ball into the right-center gap to advance Paladino, and Jackson Green (Blackwood, N.J.) delivered a two-out RBI single to right and ETSU was ahead for the first time in the game.

Neither team would generate offense until the crucial 9th inning with ETSU taking a one-run lead. All with two-outs, Wagner generated a hit-by-pitch and a two-RBI single to right to take a one-run lead themselves. ETSU was able to get the final out of the inning at the plate as Wagner tried to make it a two-run lead.

Skyler Cannady (Nicholasville, Ky.) got the bottom half going with a hit-by-pitch and advanced to second on a sacrifice-bunt from David Beam (Knoxville, Tenn.). Jiminian would hit a blooper that found the middle of multiple Wagner defenders, making it first and second with one away. Tommy Barth (Brecksville, Ohio)would come into a two-out pinch-hit situation and deliver a wobbler that Wagner’s shortstop couldn’t handle, but the Bucs were held in that situation to end the game.

Prior to the sixth inning, ETSU’s only two hits of the games were home runs courtesy of Jiminian and Norgren.  Jiminian was the lone-Buccaneer to generate a two-hit day as ETSU was held to just five hits. Both teams recorded six strikeouts apiece.

The Bucs head to game two of a three game set against the Seahawks with first pitch scheduled for 2 p.m. at Thomas Stadium.