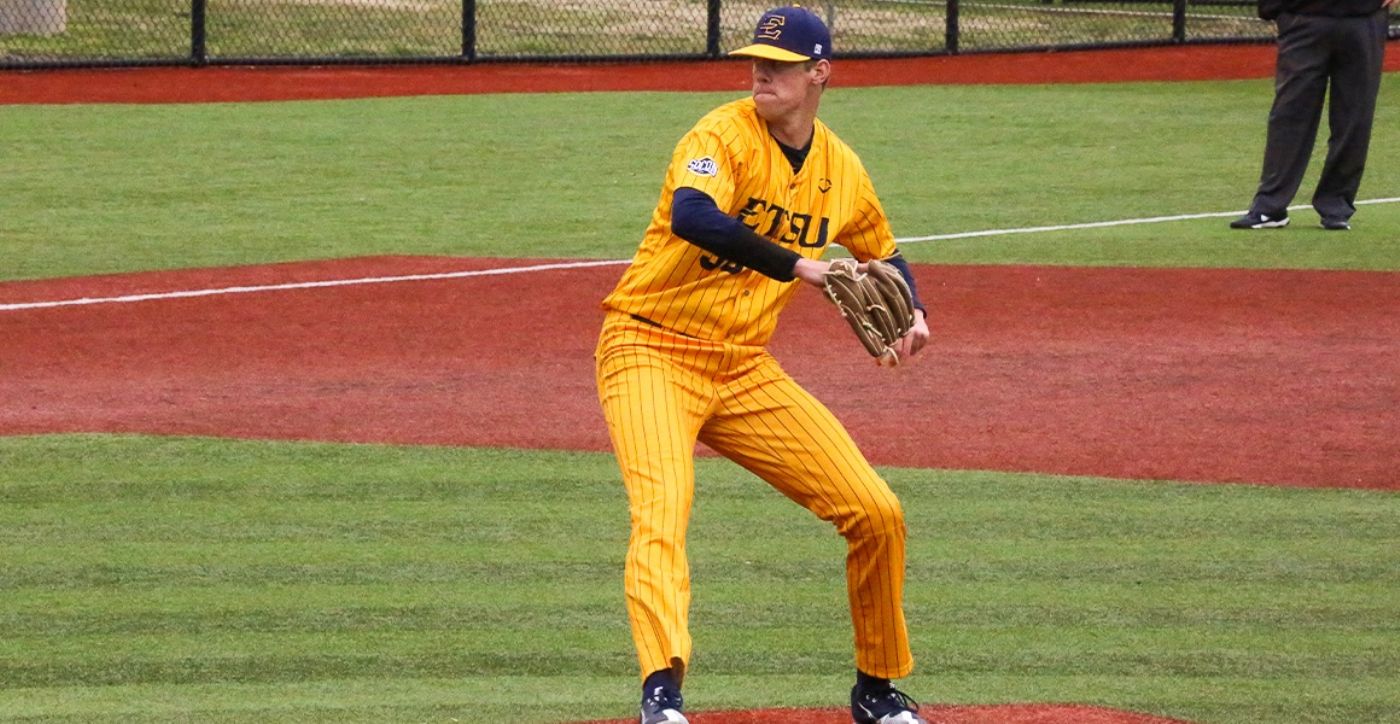 The Bucs took game two of a three-game series at Thomas Stadium, powering past Wagner 15-3 on Saturday.

As the Blue & Gold have started to do this season, it was the home team that scored first and never surrender the lead. ETSU took a 2-1 lead into the fifth, but it suddenly became 8-1 after five and 11-2 after six. The Bucs posted a four-spot in the 8th, answering a Wagner run from the top of the inning. After going up 2-0, ETSU scored in every bottom half that Wagner scored.

Ashton King (Knoxville, Tenn.) started the bottom half with a single and a stolen base to put a Buccaneer in scoring position after just one batter. Jared Paladino (Levittown, N.Y.) would move him to third before King scored on a wild pitch during Cam Norgren’s (Cary, N.C) at-bat.

The following inning, Jackson Green (Blackwood, N.J.) would get on with a leadoff walk and advance to third after a hit-by-pitch and a double-play, but Garett Wallace (Sanford, Fla.) sent one right back up the mound scoring Green.

That offense was all Colby Stuart (Elon, N.C.) needed this afternoon, retiring 12 of the first 15 batters Stuart saw after Wagner grabbed a leadoff double to begin the game. Wagner made it a ballgame in the top of the 5thwith a solo home run by Mike Ruggiero and Wagner would load the bases with one out. Bryce Hodge (Knoxville, Tenn.) would make the force-out on a grounder hit his way and Stuart struck out the next batter to get out of the jam.

The Buccaneer bats were ready to answer the one run Wagner put up as the first five batters of the bottom of the inning reached base and scored. Norgren would take the first RBI-knock of the inning into center, and Noah Webb (Kodak, Tenn.) would follow suit in the next at-bat. Green would get an RBI of his own to make it 5-1 in favor of ETSU. Tommy Barth (Brecksville, Ohio) would add an RBI-knock to right and make it 6-1 before Wallace roped one down the left-field line, plating Barth and Green for six runs in the inning yet just one out.

Both teams would trade home runs the following inning as Ruggiero mustered his second of the day and Webb would blast his third of the season, yet Webb plated two others and Ruggiero’s was just a solo.

Stuart’s day was done after six innings, giving up just two runs on five hits while striking out five. Both runs were scored on the solo home runs by Ruggiero. Andrew Ronne (Athens, Tenn.) was the first in relief for Stuart and recorded four strikeouts in two innings of work. Jackson McDavid (Kingsport, Tenn.) recorded the final three outs with two fly-outs and one ground-out.

Justin Hanvey (Purcellville, Va.) would join the party with a solo shot to left for his first of the season while Barth and Wallace would each grab another RBI in the 8th to give ETSU more insurance.

Stuart has recorded a quality start in three of his last starts, dating back to last season. McDavid’s debut makes it five pitchers with exactly one inning pitched on the season.

The Bucs will look to take the series against Wagner in game three of a three game set. First pitch is schedule for tomorrow at 1 p.m. at Thomas Stadium.