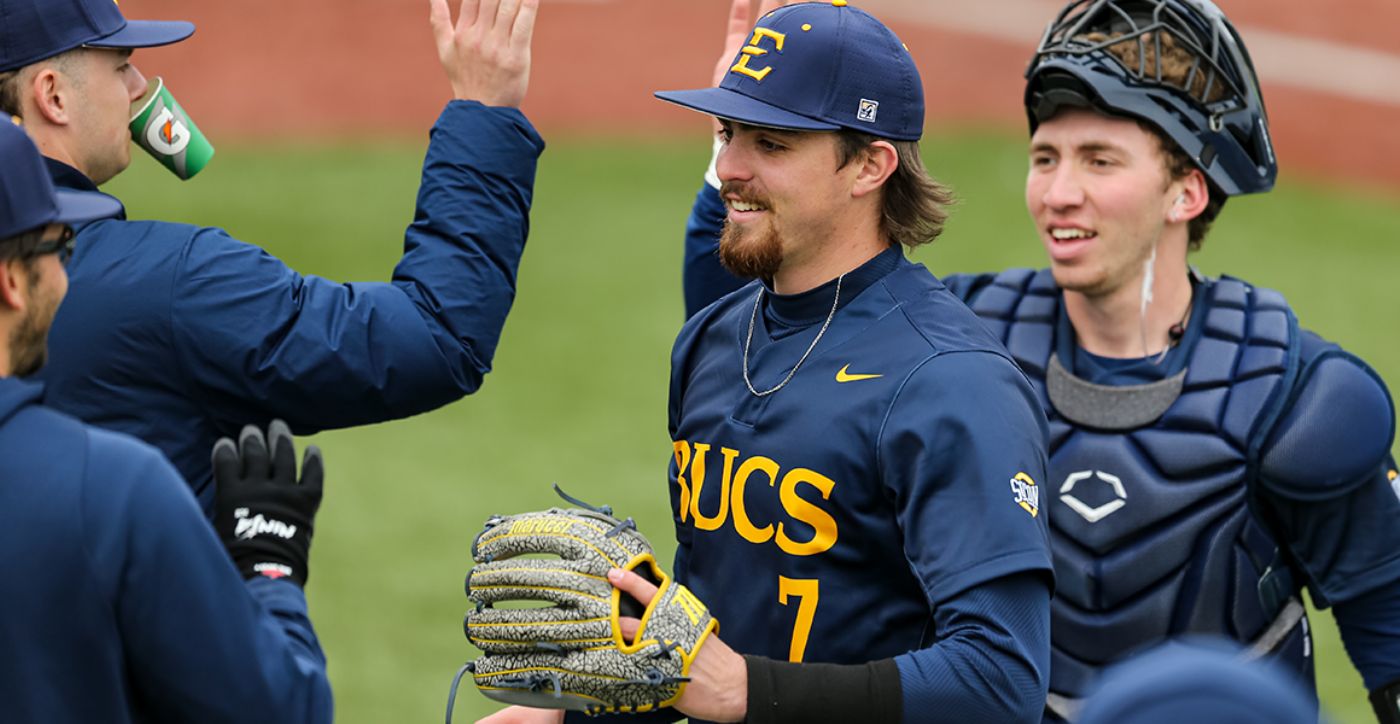 The Bucs took game three of a three-game series at Thomas Stadium, blasting past Wagner 14-4 on Sunday to take the series.

The start of the season has seen ETSU score fast and score early, and today was no different. The Bucs plated multiple runs in all but one scoring inning, jumping out to a 4-0 lead that then became a 7-0 and 11-1 lead after just four innings. Wagner would score in the sixth, seventh, and ninth while ETSU would score in the fifth and the eighth to finish the scoring.

Jared Paladino (Levittown, N.Y.) got the offense going with a double down the left-field line in the first inning and would score the game’s first run on an RBI-single from Cam Norgren (Cary, N.C.). Noah Webb (Kodak, Tenn.) would rip one down the right-field line to score Norgren and Leo Jiminian (Saint-Lo, France) would bring in Webb and score from a Ryan McCarthy (Knoxville, Tenn.) single to open the scoring. All ETSU’s runs in the first inning came with two outs.

Hunter Loyd (Knoxville, Tenn.) looked like he was going for Knack’s single-game record in strikeouts after the first two innings, retiring the side both times and picking up five strikeouts after just six batters. Loyd would grab strikeout number six to start the third, but Wagner would put on their first baserunner with two outs.

To start the bottom of the third, Webb legged out a double to right and Jiminian blasted one to left to put ETSU up 6-0. Tommy Barth (Brecksville, Ohio), McCarthy, and Garett Wallace (Sanford, Fla.) would go with three consecutive singles following the home run, all while there were no outs. Wagner would roll a double play with runners on first and second, and quickly limit the damage.

Wagner plated their first run of the game with some situational hitting after the leadoff man got on with a hit-by-pitch despite no hit in the inning. Loyd would get a pair of groundouts and his seventh strikeout to end the fourth. ETSU’s fourth inning had more scoring in them after the Bucs strung together five baserunners, two coming on doubles, with two outs to plate another four.

Matt Bollenbacher (Powder Springs, Ga.), Nathanial Tate (Manchester, Tenn.), and Nathan Hickman (Lenoir City, Tenn.) held their own as the backend of the bullpen for ETSU, combining for just two hits, two earned runs, and four strikeouts over 3.1 innings. Tate went three up, three down in his work of the eighth inning.

The Bucs will travel to Knoxville, Tenn., on Tuesday and take on #15 Tennessee at Lindsey Nelson Stadium. First pitch is set for 6:30 p.m.