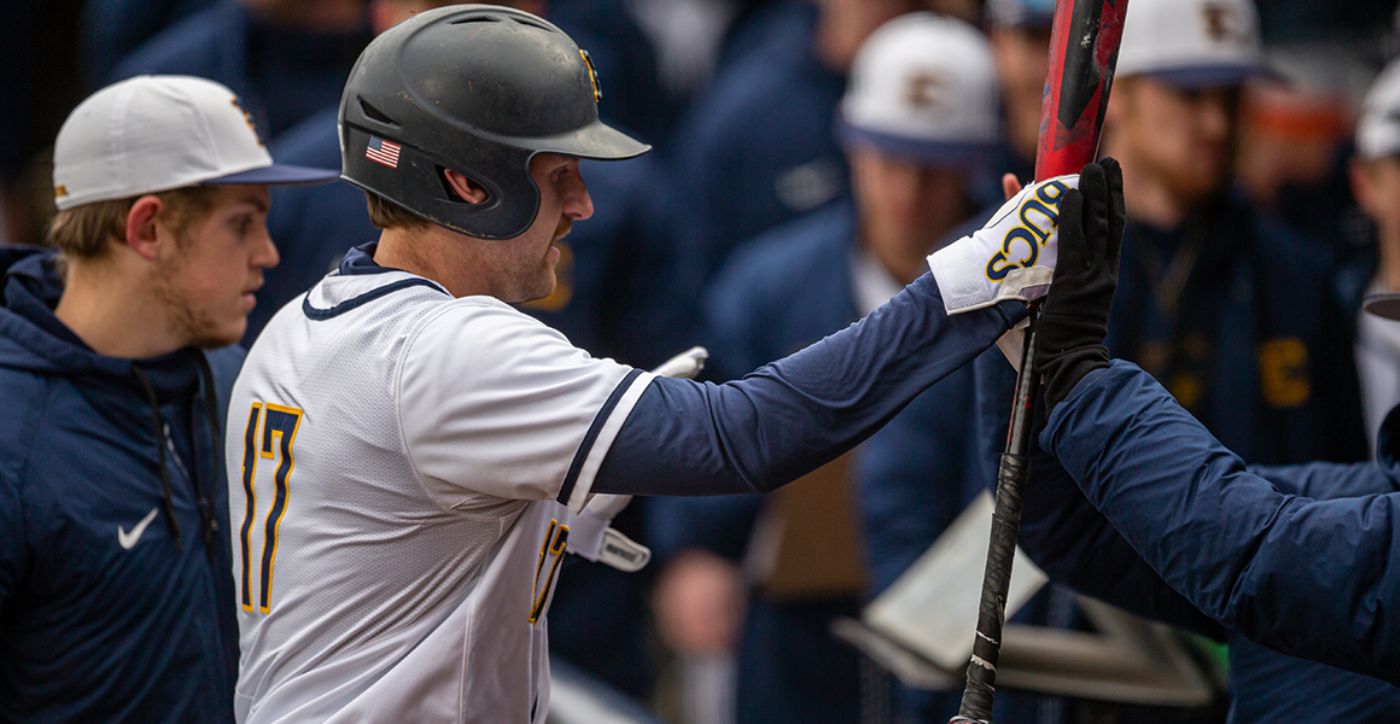 Norgren hits two home runs from both sides of the plate

Winthrop took game one of a three game series in Rock Hill 7-6 Friday afternoon. Scoring didn’t happen until the fifth inning, but a combined 13 runs afterwards proved to fare towards Winthrop.

ETSU was able to generate three baserunners through the first three innings but couldn’t bring anyone around home. Noah Webb (Kodak, Tenn.) grabbed ETSU’s first hit with a single through the right side and Ryan McCarthy (Knoxville, Tenn.) would grab a base hit in the following inning.

The bottom of the fourth would see a one-out single from Winthrop, but McCarthy hosed down his third runner caught stealing of the season and second in the last two games.

Zach Kirby (Upland, Calif.) kept the Bucs in play through four innings in his second start of the season, forcing Winthrop to leave four runners on base through the first four innings. The Eagles would finally get on the board in the fifth inning with a leadoff solo homerun and an RBI-single with two away. Cade Carlson (Carmel, Ind.) was the first in relief in the fifth, but Winthrop would grab another run to make it 3-0.

As the Bucs have done with responding when opposition scores, Cam Norgren (Cary, N.C.) continued that trend with a two-out solo shot to left field to cut Winthrop’s lead down 3-1. Winthrop would respond on that home run with three runs themselves to push the lead to 6-1.

Despite only putting up four hits to the eighth inning, the Bucs posted used six hits and five runs to tie the game at six. Garett Wallace (Sanford, Fla.) and Ashton King (Knoxville, Tenn.) put up back-to-back singles to start the inning and Bryce Hodge (Knoxville, Tenn.) brought them home with a double to the wall. Norgren would blast his second home run of the day to right field to put ETSU within one. Webb then followed Norgren’s home run, to also retake the team lead in home runs, with a solo shot to left just a few pitches afterwards and it was suddenly tied at six.

Winthrop used a leadoff hit-by-pitch and situational batting and running to bring in the go-ahead run and final run of the game.

The Bucs look towards game two of a three game set against the Eagles with first pitch scheduled for 2 p.m. tomorrow at Winthrop Ballpark.