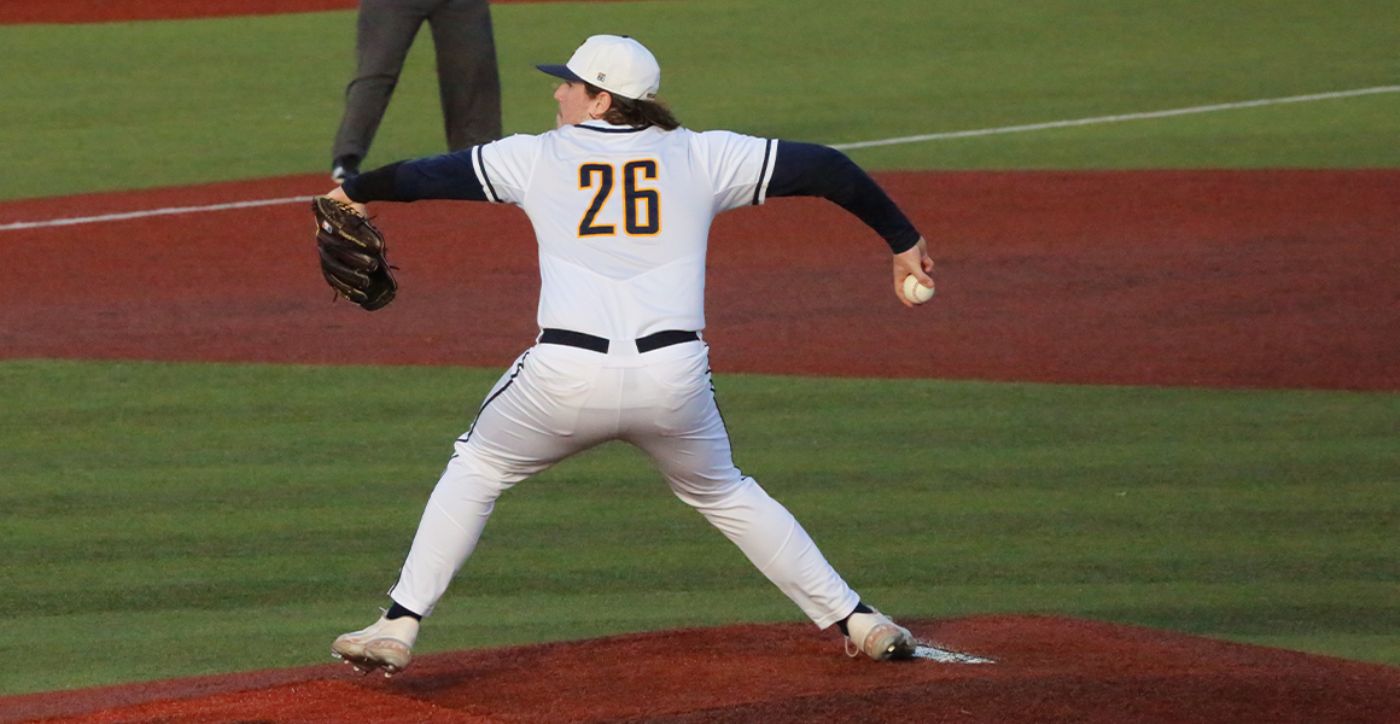 ETSU took a back-and-forth game two of a three-game series against Winthrop in Rock Hill 6-5 Saturday afternoon. ETSU is now 1-2 in one-run games.

The Bucs struck first in the top of the second after three consecutive singles from Noah Webb (Kodak, Tenn.), Leo Jiminian (Saint-Lo, France), and Jackson Green (Blackwood, N.J.). Green found an empty spot on the right-side of Winthrop’s defense to bring in Webb, and some situational hitting saw Garett Wallace (Sanford, Fla.) bring in Jiminian on a sacrifice fly to right. All six wins this season have come when ETSU scores first.

One consistent theme through two games is that each team has answered runs when the other has scored, and Winthrop did just that in the following half. With one out and the bases loaded, Winthrop delivered a two-RBI base hit to left to tie the game. The Eagles used some small ball to get a third run across before Colby Stuart (Elon, N.C.) ended the inning.

Stuart, coming off a quality start in his outing last weekend at home against Wagner, got out of trouble multiple times before Matt Bollenbacher (Powder Springs, Ga.) took over in the fourth. Bollenbacher would start his afternoon with two swinging strikeouts and one looking.

After Winthrop tied the game in the bottom of the sixth with a leadoff home run, it only made sense that ETSU would respond in the following half. Hodge blooped a one-out single to left field that fell amongst Eagle defenders, and Cam Norgren (Cary, N.C.) belted a double to right-center that scored Hodge.

The highlight play that matched the energy of the game came with one out in the bottom of the eighth. With a runner on second, Hickman delivered an 0-1 pitch that got lined to right field but Tommy Barth (Brecksville, Ohio) laid out across his body to make the diving catch, saving the game-tying run and possibly the go-ahead.

The Bucs will look to take the rubber match tomorrow against the Eagles at Winthrop Ballpark. First pitch is set for 1:00 p.m.