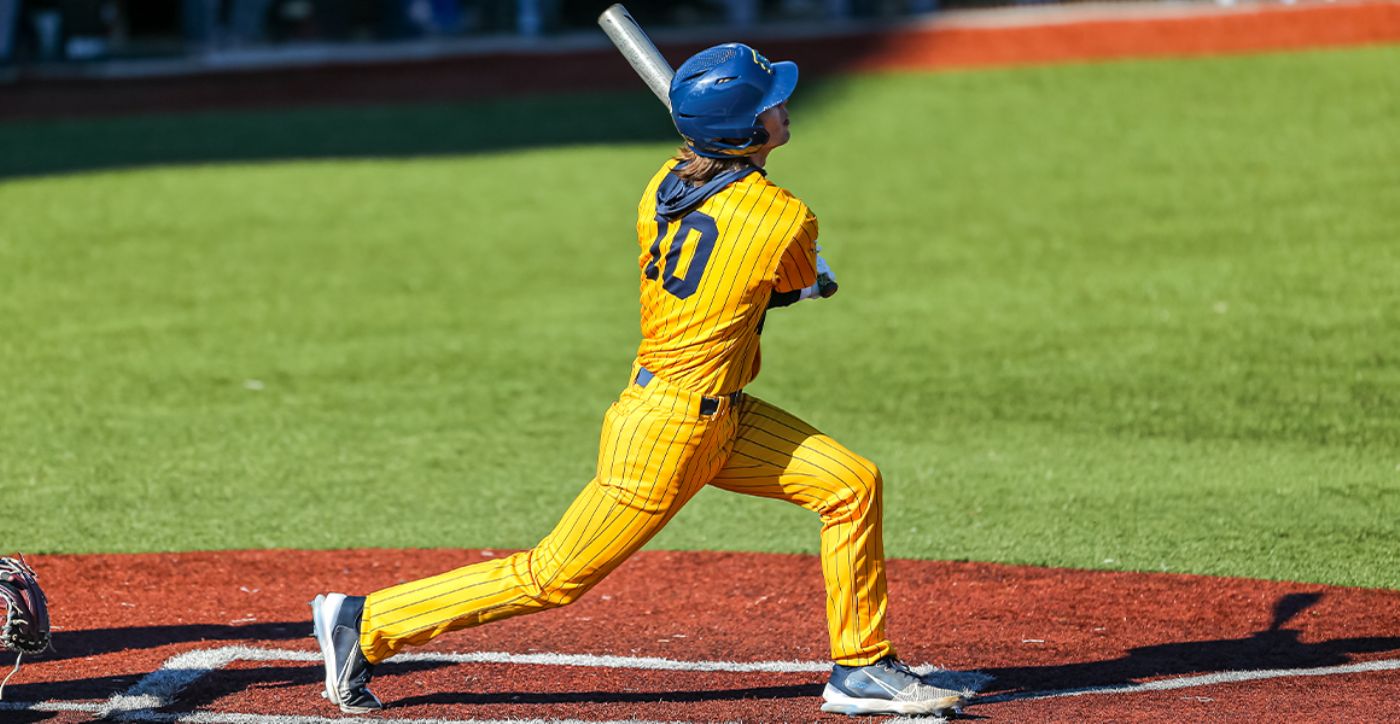 First home run of the season for King

The Blue & Gold edged past UNC-Asheville Sunday morning 4-1 after taking yesterday off due to weather.

Neither got going offensively until the third inning when Logen Sutton (Knoxville, Tenn.) started the bottom half of the third with ETSU’s first hit of the game, following a tremendous play at the hot corner. Garett Wallace (Sanford, Fla.) would rope another single on the left side to put two on with just one away. King would pop his 2-1 pitch into no-man’s land on the left side, eventually finding the turf and bringing in Sutton for the first run of the game.

UNC Asheville would instantly respond with a run of their own, getting a runner with a walk to begin and would move him with a bunt and an error. However, UNCA’s offense would come to a complete stop, courtesy of Hunter Loyd (Knoxville, Tenn.), Andrew Ronne (Athens, Tenn.), and Nathanial Tate (Manchester, Tenn.).

Loyd, despite not getting the decision, was stellar following a pair of walks in the first inning. The junior would go seven innings, giving up just one hit and one run while striking out five. In the fifth through seventh innings, Loyd retired the side in order forcing five popouts, three groundouts, and one strikeout.

Ronne would start the eighth and get a pair of swinging strikeouts before a pair of baserunners would get aboard, but a smooth play by Ronne to pick off the runner at second ended the inning and any chance for UNCA to score any more runs.

The eighth was a pivotal inning for the Bucs as it began yet again with Sutton, making his first collegiate start of the season. Sutton and Ryan McCarthy (Knoxville, Tenn.) would put together back-to-back one-out singles to put the go-ahead runner on base. The at-bat of the game was put together by King, barreling the eighth pitch of his at-bat to left field not only for his first home run of the season but putting the Bucs ahead by three.

For the second time this weekend, Tate finished the job in the ninth to seal the win and get his second save of the season.

ETSU will continue their homestand as they host Radford and Lafayette during the week on Tuesday and Wednesday. First pitch on Tuesday against Radford is 3:00 p.m. The game will be airing on ESPN+.