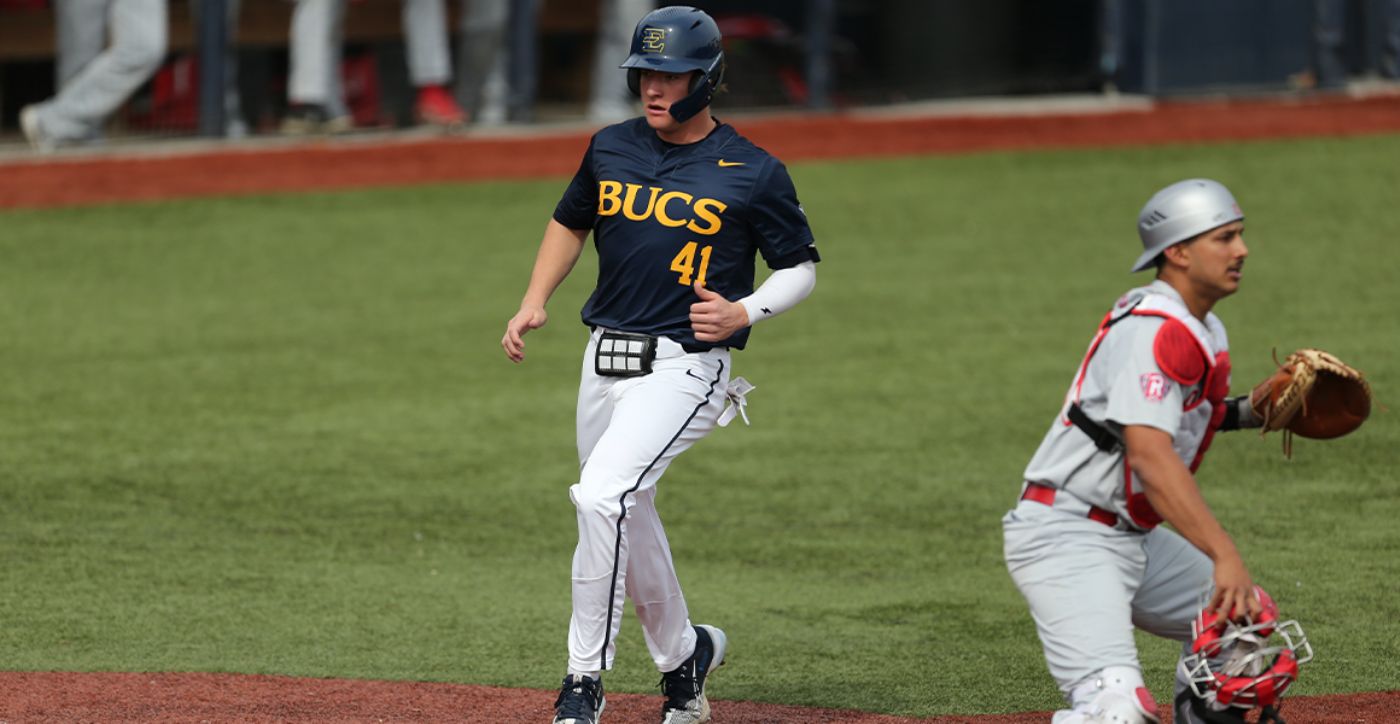 The Bucs found themselves in the win column for the first time on a midweek matchup, blowing past Radford 11-4 Tuesday afternoon at Thomas Stadium.

The Blue & Gold have found them scoring early and often, and this afternoon was no different. Following two, first-inning walks from Tommy Barth (Brecksville, Ohio) and Cam Norgren (Cary, N.C.), the situation was made perfect for Noah Webb (Kodak, Tenn.) to bring in the game’s first run, and did just that.

Webb flared a single down the right-field line to bring in Barth for the first run of the game, putting Norgren on third. Norgren would score on a wild pitch in the next at-bat to give ETSU the 2-0 lead.

While the offense was doing their work to score runs, Landon Smiddy (Knoxville, Tenn.) was doing his work to limit Radford’s offense. Smiddy retired Radford’s order to begin the afternoon, racking up a pair of strikeouts and three ground outs. Radford wouldn’t get a baserunner until the fourth inning with a two-out double. The Highlanders would bring that run in to make it 2-1 after four innings.

Matt Bollenbacher (Powder Springs, Ga.) was the first in relief after Smiddy went four innings and retired the side in order.

The bottom of the fifth started hot as Barth led the inning with a single, Bryce Hodge (Knoxville, Tenn.)reached on a full-count walk, and Norgren was hit on the first pitch he saw and there were immediately bases loaded and no outs. Jared Paladino (Levittown, N.Y.) came in clutch with a pinch-hit, bases-clearing double to give ETSU more cushion.

After both teams would grab a run, a four-run seventh put ETSU up big. Following a pair of errors, the Bucs would string up three consecutive hits from Justin Hanvey (Purcellville, Va.), Garett Wallace (Sanford, Fla.),and King to put the Bucs up 9-2. A Hodge SAC-fly put ETSU over the double-digit run mark. Radford would snag a two-run homer and Wallace would rack up another RBI to end the scoring.