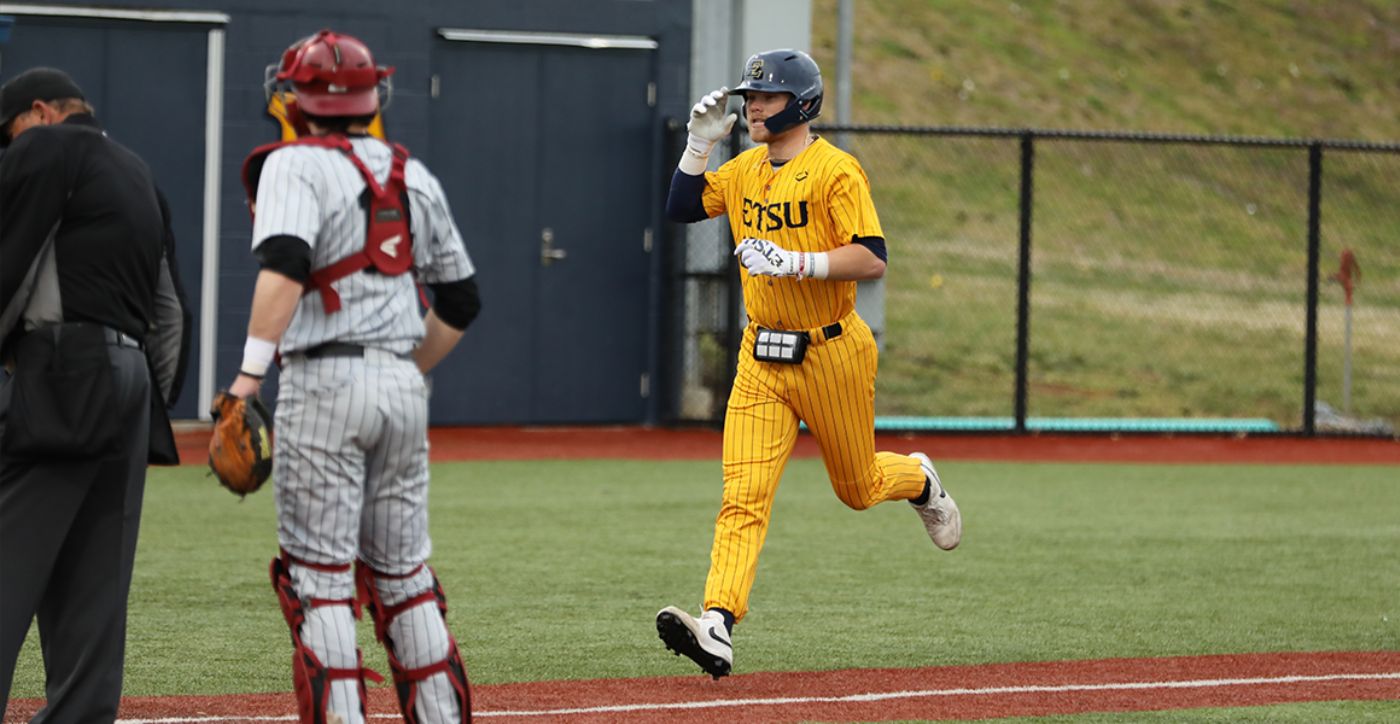 JOHNSON CITY, Tenn. (Mar. 16, 2022) – It was another offensive midweek showing for the Bucs, decked out in the yellow pinstripes.

The Blue & Gold took their seventh straight game, the fifth of this homestand in a 13-4 win at Thomas Stadium Wednesday night. Through the first five games of this 12-game home stretch, ETSU is outscoring their opponent 42-10.

Trevor Hanselman (Tallahassee, Fla.) got the nod for the second midweek in two days, the first start of his career. Hanselman retired the side to start the first and Lafayette got their first baserunner on in the second, but Hanselman continued to do his job. Hanselman allowed just two hits through five innings, striking out seven batters.

The offense got going early in the second inning as Cam Norgren (Cary, N.C.) began his three-hit night with a solo shot to right field, his second home run of the season from the left side and team-leading fifth of the season. Jackson Green (Blackwood, N.J.) and Skyler Cannady (Nicholasville, Ky.) got aboard shortly after, and Kyle Richardson (Zionsville, Ind.) drove them both in with a double to right.

Garett Wallace (Sanford, Fla.) ripped his first home run of the season the following at-bat to give the Bucs five in the second inning alone. It’s Wallace’s first of the season, and the fourth time this season that the Blue & Gold have homered twice in the same inning. In those four situations, Norgren has been part of two of them (Norgren and Webb went back-to-back against Winthrop, Mar. 4 in the eighth inning).

The Bucs would score again with one in the third, two in the fourth, two in the sixth, and three in the seventh. Lafayette would get on the board with a two-RBI double following a bases-loaded jam, but the second out of the inning would happen at home as Cannady hit Ashton King (Knoxville, Tenn.) to relay the throw home and get the runner out. Lafayette would score another two to get their only runs of the game.

The Bucs welcome in-state for Tennessee Tech for a three-game series at Thomas Stadium. First pitch on Friday is scheduled for 6:00 p.m. All games will be streaming on ESPN+.