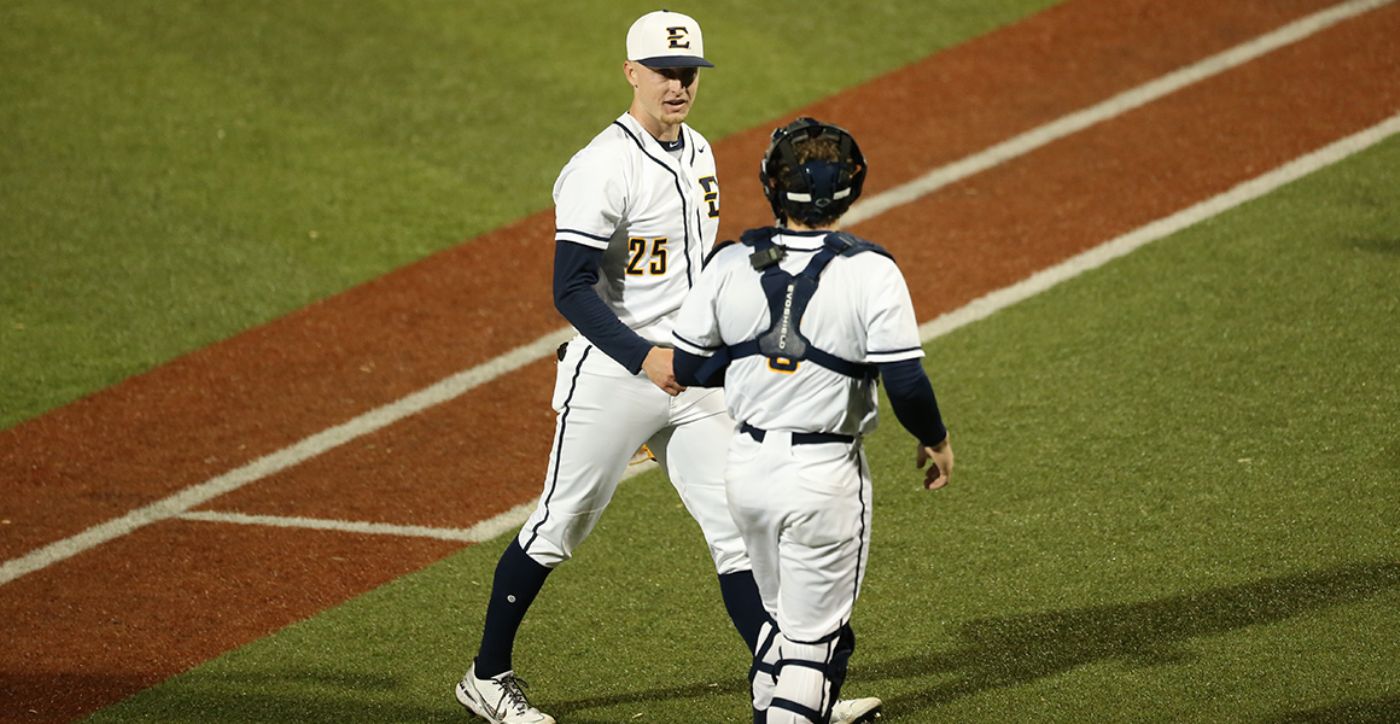 Tennessee Tech took the first of three games at Thomas Stadium, snapping the Bucs’ seven-game win streak, 4-2 in ten innings Friday night. This was the first extra-inning game of the season.

Despite the offensive numbers both teams have put up at the start of the season, it was a pitcher’s duel from start to finish. Zach Kirby (Upland, Calif.) did his job in holding a top-20 offense to just one earned run on four hits in six innings of work. The reigning SoCon Pitcher of the Week didn’t get the decision in a start for the second time in four outings.

After the Golden Eagles got on the board with two one-run innings, Cam Norgren (Cary, N.C.) stayed hot with a two-run shot to right field to tie the game, bringing in Bryce Hodge (Knoxville, Tenn.) in the process. Norgren, the switch-hitter who has a team-leading six home runs, has hit three home runs from the right side and three from the left side.

Tied at two after the fourth, there would be just three combined hits in the final five innings. Matt Bollenbacher (Powder Springs, Ga.) came in for relief following Kirby’s sixth inning of work that saw him strike out the side. Bollenbacher was utterly dominant in three innings of work, not allowing any baserunner and racking up six strikeouts in the process.

A crucial ninth for both teams saw five combined strikeouts and just one ball put in play, a groundout to Norgren from the Golden Eagles to start the top of the ninth. Tennessee Tech started the tenth with a double and RBI-single to get the go-ahead run on. The Golden Eagles would tack on another with two-outs to end the scoring.

In the four losses for the Bucs this season, the deficit has been less than three runs.

The two squads will be at it again tomorrow afternoon at Thomas Stadium with first pitch at 2:00 p.m. The game will be streaming on ESPN+.