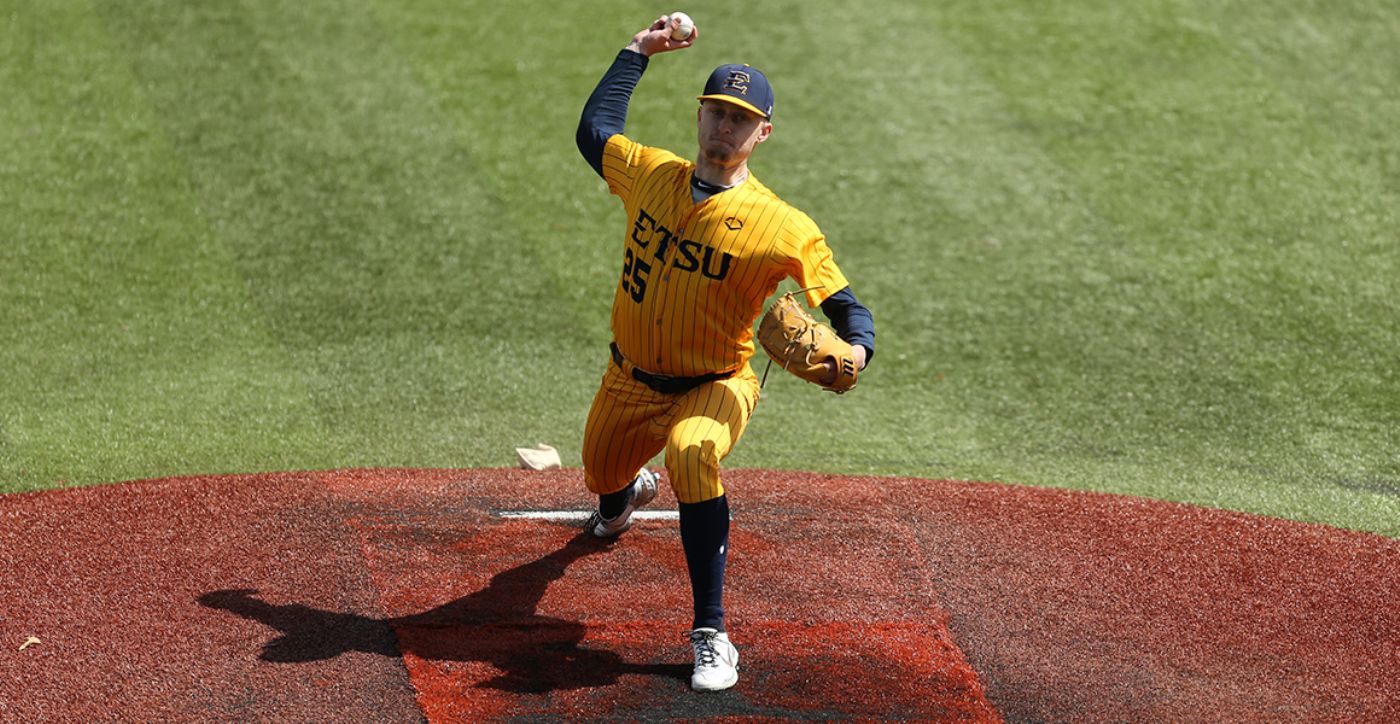 Flipping the script from last night, the Colonials struck first following a two-RBI double with no outs. Colby Stuart (Elon, N.C.), who only threw two innings this afternoon, struck out the next two batters following the double, but George Washington was able to bring in another and increase the lead to three.

We’ve seen it all season, but it was evident today. The Blue & Gold responded to the early deficit as Jackson Green (Blackwood, N.J.) belted a leadoff home run to left field. Green’s second home run looked like a routine fly ball off the bat but caught an extra gust of wind to go over the outfield wall. With his home run, the Bucs have hit at least one out in their last six games and 10 of their last 11.

Bollenbacher came in following Green’s home run and did his job in limiting the Colonial’s offense, allowing just one run (unearned) in 4.2 innings. George Washington plated their final run in the fourth following a pair of errors.

Down three, the Bucs responded with that exact amount on some miscues from the Colonials themselves. David Beam (Knoxville, Tenn.) and Garett Wallace (Sanford, Fla.) each got on base via an error while Justin Hanvey (Purcellville, Va.) laid down a beautiful bunt single. With the bases juiced and no outs, Ashton King (Knoxville, Tenn.) made them pay, blasting a double to the wall and scoring all three aboard. All of King’s RBIs came on that swing.

After Bollenbacher struck out the side looking in the fifth, the bats got going again in the sixth. King would rip his second double of the game and Cam Norgren (Cary, N.C.) drew an intentional walk. With two away, Noah Webb (Kodak, Tenn.) sliced one to the right-field corner to plate King and Norgren to give the Bucs the lead.

Tommy Barth (Brecksville, Ohio), Norgren, and Webb would each score in the eighth by courtesy of Norgren, Jared Paladino (Levittown, N.Y.), and Beam, respectively.

Ronne retired the four batters he faced, and Tate induced a double-play following a leadoff single and struck out the final batter of the game.

With the win, the Bucs secured their fifth series win of the season, fourth at home with just one non-conference road weekend under their belt. ETSU is 2-0 on the season when going for the sweep.

The Bucs look to sweep the Colonials tomorrow afternoon at Thomas Stadium with first pitch at 1:00 p.m. The game will be streaming on ESPN+.