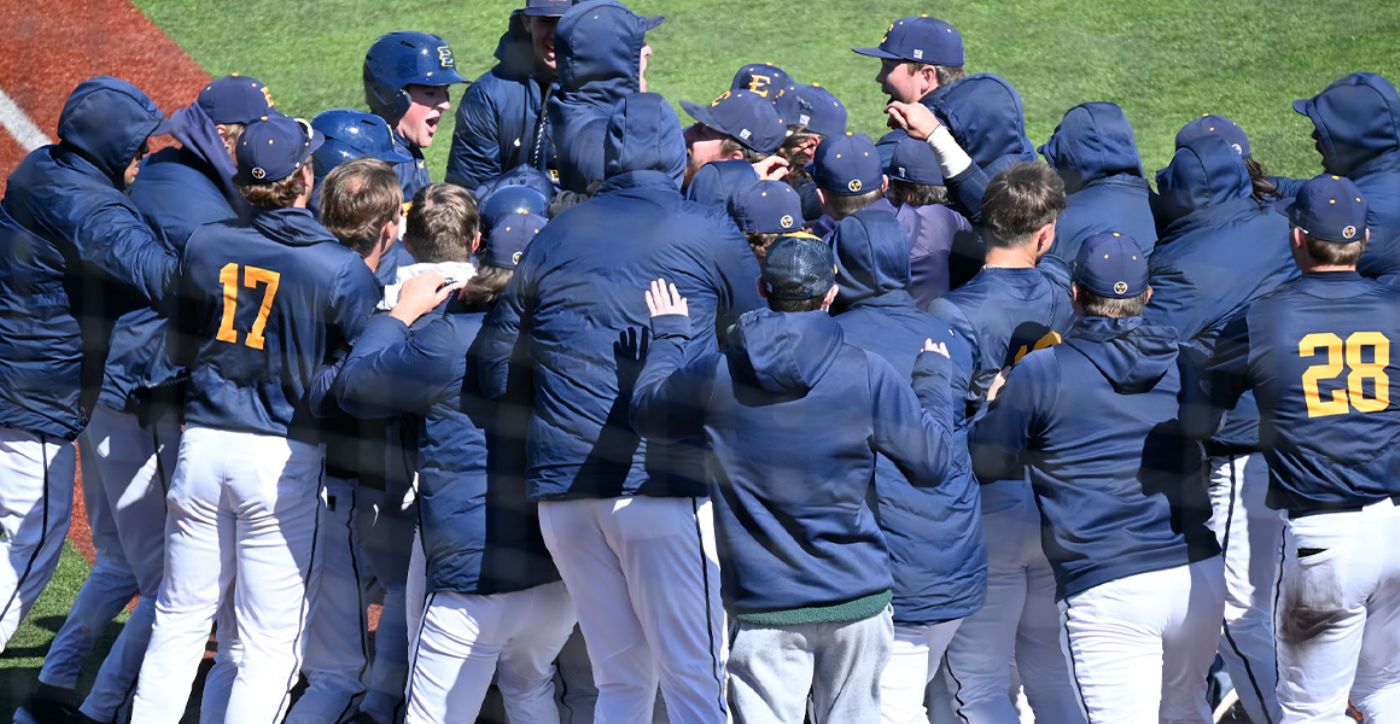 King started his career-day blasting the first pitch he saw to deep left-center, his third home run of the season. Going into the at-bat, King was 0-for-5 on the season when putting the first pitch he sees in play. King leadoff a game with a home run last season on April 30 against Mercer. Garett Wallace (Sanford, Fla.) brought in David Beam (Knoxville, Tenn.) the following inning to double the lead, and Jared Paladino (Levittown, N.Y.)brought in the third run of the game.

Landon Smiddy (Knoxville, Tenn.) got the Sunday nod for the second consecutive weekend and flirted with some runners in scoring position, but defensive help from Ryan McCarthy (Knoxville, Tenn.) to throw out a runner in the first and striking out a pair with bases loaded in the fourth kept George Washington at bay.

The Colonials finally got through with a three-run homer in the fifth to take their first lead of the game. Smiddy would finish the fifth with a career-high nine punchouts, allowing four earned runs while walking one. Nathan Hickman (Lenoir City, Tenn.) provided three innings of relief, but George Washington cushioned their lead with three runs each in the fifth and sixth innings.

Down 7-3, the Bucs slowly escaped their deficit. King started the seventh inning with a triple and Tommy Barth (Brecksville, Ohio) brought him in on an RBI single. The following inning, Barth delivered a bases-clearing, two-out double to tie the game. Barth’s four RBIs mark a career-high while posting multi-RBI games in six games this season.

Going tied into the ninth, it was up to Nathanial Tate (Manchester, Tenn.) to keep it that way. Tate allowed just one baserunner, via walk, while forcing three groundouts and getting a pick-off to end the ninth.

Beam started the tenth with a single but was thrown out at second the following at-bat. Wallace ripped a single to left-center to put Kyle Richardson (Zionsville, Ind.) just 90-feet away from a sweep, setting up King’s game-winning three-run blast to end it. King has hit safely in eight of his last ten games, reaching base safely in nine of those. All four of King’s home run have come in these last ten games.

The Bucs have won five of six weekends going into the final weekend of non-conference play.

The Bucs end their 12-game homestand against Radford Tuesday afternoon at Thomas Stadium with first pitch set for 6:00 p.m. The game will be streaming on ESPN+.