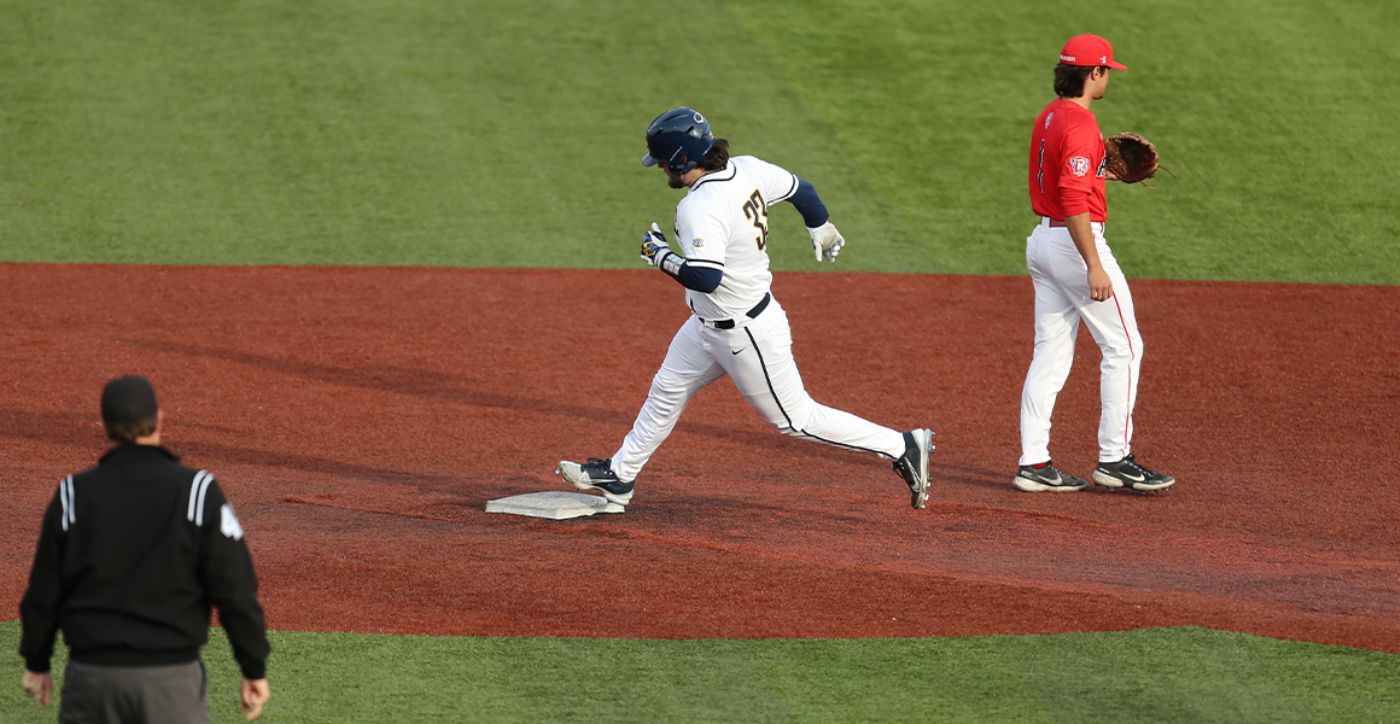 The Bucs ended their 12-game homestand with yet another double-digit run, blasting past the Highlanders 14-9 at Thomas Stadium Tuesday night. The Bucs recorded their 12th double-digit run game, the most since 2016 when the Blue & Gold had 16 such games all season.

Ashton King (Knoxville, Tenn.) led off the bottom of the first with a single, Cam Norgren (Cary, N.C.) singled to right and Noah Webb (Kodak, Tenn.) walked to give ETSU an instant opportunity to score first. Green battled in an eight-pitch at-bat that saw ETSU’s first grand slam of the season, the first since Kyle Richardson’s (Zionsville, Ind.) grand slam in the second-to-last game last year against Samford.

Green’s grand slam was all Trevor Hanselman (Tallahassee, Fla.) needed in his start, retiring Radford in order, retiring the first 10 of the game before the Highlanders finally got a runner on. Hanselman would allow just one run despite exiting with one out in the fourth after walking a pair of runners. Radford never got a hit out of the infield against Hanselman. The freshman also forced seven groundouts compared to two flyouts.

The Bucs responded in the fifth with an RBI double from Norgren and an RBI single from Webb, both with two outs. Despite the extra insurance runs, Radford didn’t quit, scoring four in the sixth inning to make it a one-run game. King responded in the following half with a two-out, RBI-double to score David Beam (Knoxville, Tenn.).

Scoring wouldn’t stop there as the Blue & Gold put up another seven runs in the seventh and eighth inning, getting tons of contributors. Beam would pick up an RBI on a bases-loaded single while Justin Hanvey (Purcellville, Va.) smacked a bases-clearing double just beyond the outstretched arms of Radford’s left-fielder. Kyle Rachels (Manteca, Calif.) would blast his second home run of the season in the following inning, bringing in Webb and Skyler Cannady (Nicholasville, Va.).

Cade Carlson (Carmel, Ind.) provided two scoreless relief innings, including getting out of a bases-loaded jam, to get his first win of the season. Despite that, Radford would plate four in the ninth with two outs themselves. Jackson McDavid (Kingsport, Tenn.) closed the game with a flyout.

Similar to Sunday’s affair, the first and last runs of the game were scored on a home run. With those long balls, the Blue & Gold have hit a home run in their last eight games and 12 of their last 16 outings.

ETSU travels to Big 12 opponent Baylor this weekend for a three-game set at Baylor Ballpark in Waco, Texas. All three games will be streaming on Big 12 Now on ESPN+.