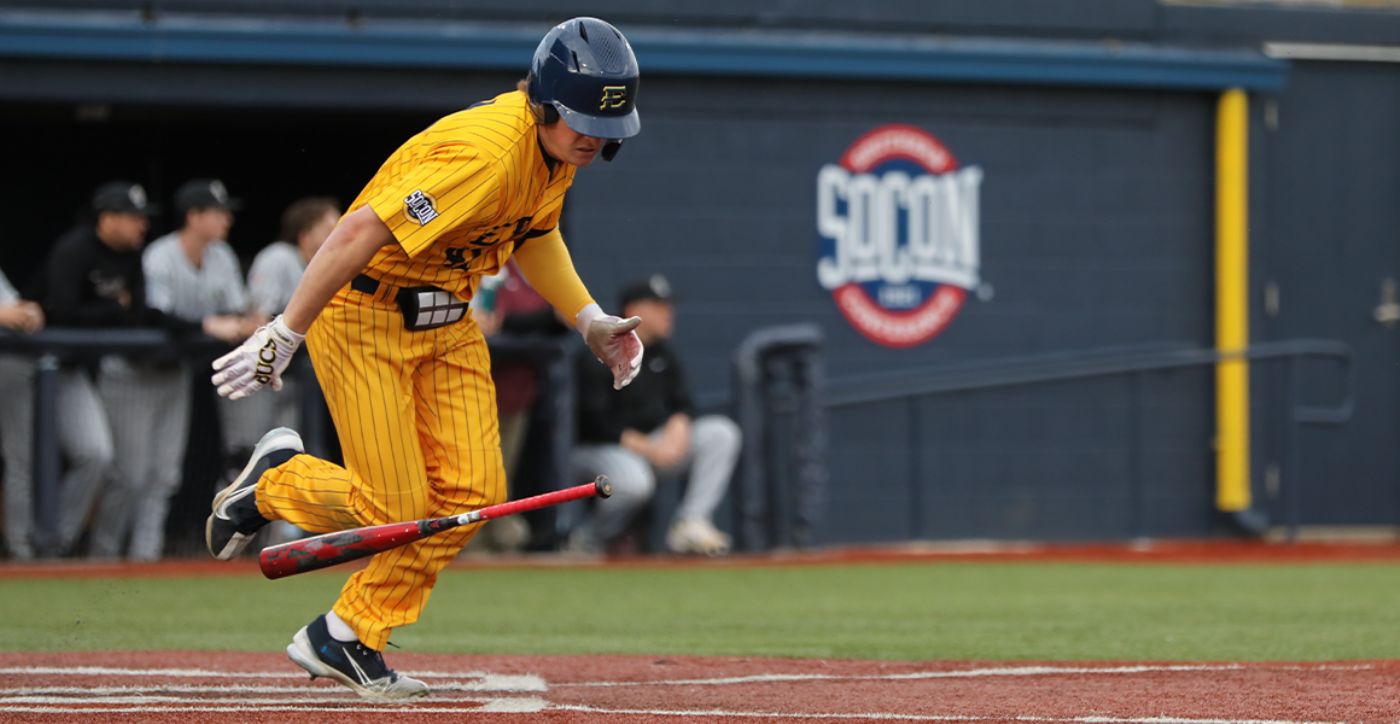 WACO, Texas (April 2, 2022) – It took a three-run eighth inning to tie the second game of the weekend, but it wasn’t enough.

Baylor took game two of a three-game set at Baylor Ballpark 8-7, clinching the series against the Bucs. ETSU is now 2-4 in one-run games on the season, with only one of them coming in extra innings.

It took the Bears one less inning to respond compared to last night but still managed to go up 5-1 after two innings, scoring three in the first and two in the second. All three runs counted as unearned after an error with two outs.

Barth wasn’t going to let the same script write itself from yesterday, blasting his second home run of the season just over the left-field wall to cut the lead to two. Barth becomes the 11th Buccaneer with multiple home runs on the season. All three runs in the first three innings were scored with less than two outs.

Colby Stuart (Elon, N.C.) settled down following the first two innings, allowing just one baserunner in the final three innings. Stuart faced the minimum in each of them.

After adding a pair of insurance runs in the following frame, the Bucs weren’t going down lightly. Cam Norgren (Cary, N.C.) and Noah Webb (Kodak, Tenn.) led off the eighth with a single and double, respectively, to put ETSU in business early. David Beam (Knoxville, Tenn.) brought them both in on one swing, trimming the lead back down to one. Beam advanced to second on a sacrifice bunt, and Garett Wallace (Sanford, Fla.) added his team-leading 27th RBI of the season to tie it.

Baylor iced the afternoon with a go-ahead sacrifice fly in the eighth inning and the Bucs stranded the tying run at third with two outs following a leadoff double from Barth.

The Bucs look to salvage the series by taking a game tomorrow at Baylor Ballpark with first pitch set for 2:00 p.m. EST. The game will be streaming on Big 12 Now on ESPN+.