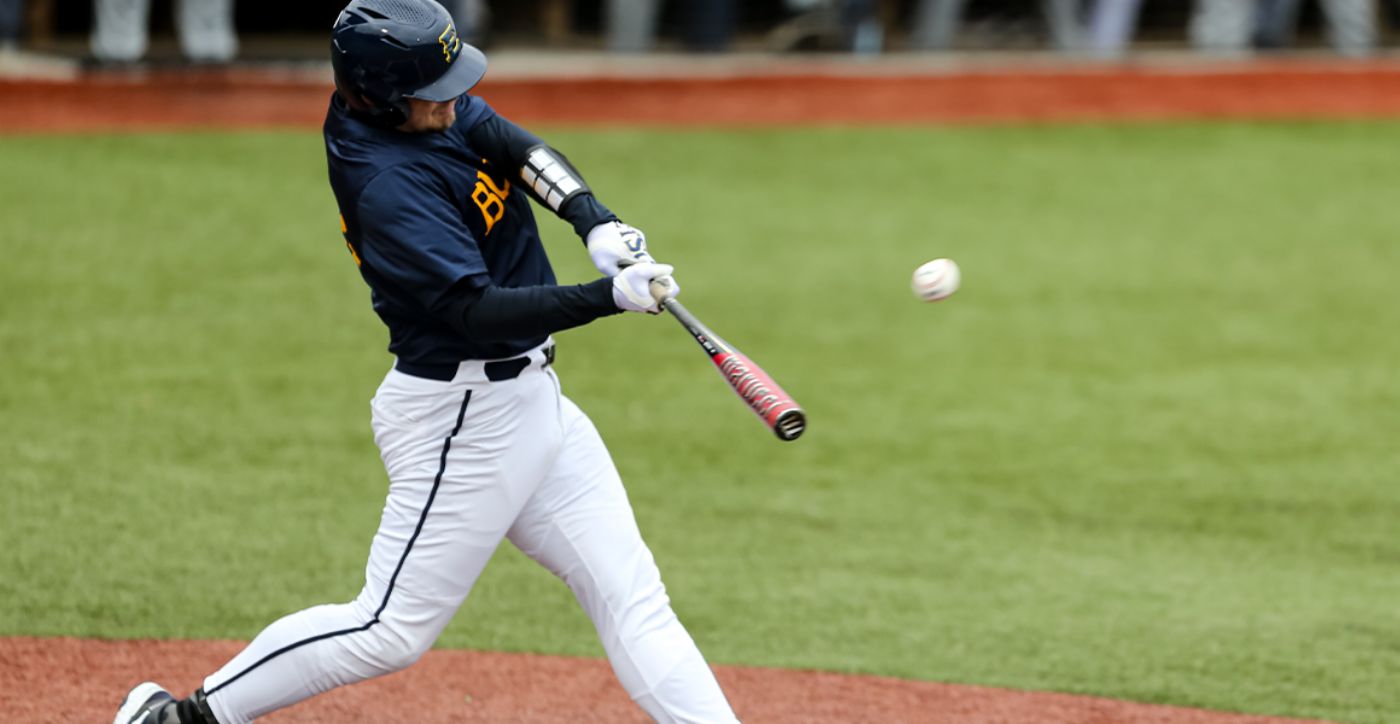 Despite a four-hit afternoon from Hodge, the Bucs dropped the final game of a three-game set at Baylor Ballpark 7-4. Seven of ETSU’s eight losses on the season have been decided by less than three runs, the lone exception coming Friday night.

As we’ve seen in the last two games, the Bucs got on the board in the first inning courtesy of an 0-1 pitch that got belted to left field from the bat of Hodge. It’s the fifth consecutive game that ETSU has scored a run in the first inning. It was Hodge’s first home run since Mar. 11 in the second game of a doubleheader against Rider.

Yet again for the third time, Baylor responded with a two-run single in the bottom half followed by a four-run third inning, all of which scored with just one out. Landon Smiddy (Knoxville, Tenn.) went just three innings before Matt Bollenbacher (Powder Springs, Ga.) provided the lone relief of the afternoon.

While Bollenbacher retired 11 straight batters from the fourth to the eighth inning, ETSU was slowly creeping back with a run in the fifth and the seventh. In the fifth, Hodge added his second hit of the game, an RBI-double to score Tommy Barth (Brecksville, Ohio) from first, following a walk in the third. In the seventh, Ashton King (Knoxville, Tenn.) ripped a one-out double down the left-field line and would later score on a wild pitch.

After getting an insurance run in the eighth, the Bucs wouldn’t go down quietly in the ninth. Down to their final out, Hodge blasted his second home run of the game just under the Baylor videoboard. Cam Norgren (Cary, N.C.) drew a full-count walk in the following at-bat and David Beam (Knoxville, Tenn.) singled on the first pitch he saw, but the rally came up empty as the tying run reached the plate.

Despite a 15-3 home record, the Bucs are just 2-5 on the road as conference play approaches, two of which coming in the road series at Winthrop. The Bucs have lost three consecutive games for the first time this season.

With Hodge’s two-home run day, the Bucs have blasted a long ball in 14 of their last 16 games. Additionally, the Bucs recorded their 17th double-digit hit day, their 10th in the last 12 contests.

ETSU plays their lone home game in the first 12 of April, welcoming Appalachian State on Tuesday, April 5. First pitch is set for 6:00 p.m. The game will be streaming on ESPN+.