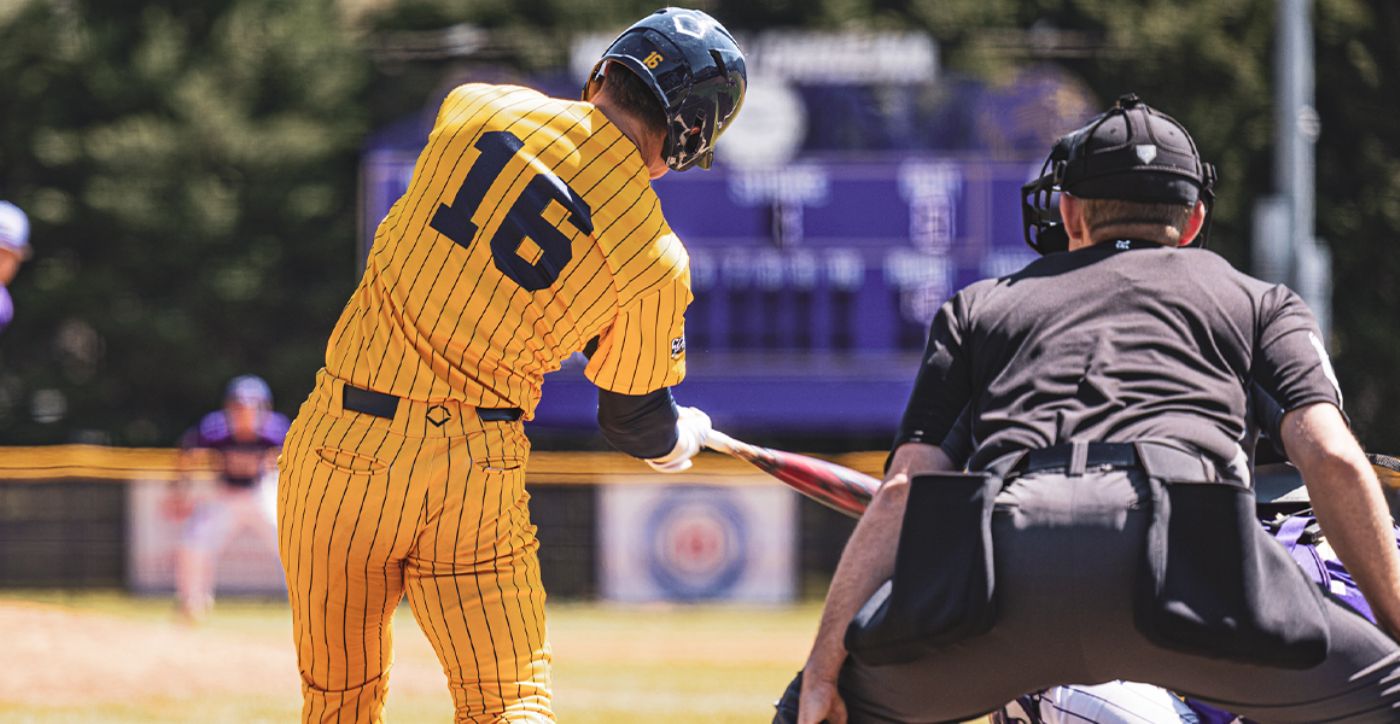 Webb with first five-hit game of the season

The Blue & Gold finished the sweep over Western Carolina 20-10 thanks to five, multi-run innings including a seven-run fourth and a five-run sixth. After a three-run first, ETSU scored their remaining 17 runs in an even inning.

Bryce Hodge (Knoxville, Tenn.) started his third, two-home run game of the season with a deep shot to left-center to put ETSU on the board. Noah Webb (Kodak, Tenn.), who entered today with as many home runs as Hodge, followed suit with a solo shot to right-center. After the Catamounts got one back, an RBI-double from Ashton King (Knoxville, Tenn.) and an RBI-groundout from Tommy Barth (Brecksville, Ohio) put ETSU up 5-1 after two innings.

At the time, the Bucs blew open the game with a seven-run fourth inning aided by a leadoff error, three walks, and a hit-by-pitch. Garett Wallace (Sanford, Fla.), who was the two-home run slugger yesterday, started the inning with an RBI single and Hodge followed up with a two-RBI double down the line. With two outs, the Bucs scored their remaining four runs of the inning on a bases-loaded hit-by-pitch and a walk immediately after. Wallace collected his second RBI single of the inning, bringing in a pair.

Pitching with a 12-1 lead, the Catamounts got to Hunter Loyd (Knoxville, Tenn.) with four straight hits to start the fifth. Loyd would get the next two out, but a two-RBI single gave way to relief. Another two-RBI hit followed in the next at-bat to cut the lead to five after five innings.

The Bucs weren’t done with their offensive afternoon, getting another productive inning in the following frame. The first seven batters of the inning got on with four singles, two walks, and a double. The first three singles resulted in a run as Barth, Cam Norgren (Cary, N.C.), and Webb each collected at least one more RBI on the season. A five-run sixth saw ETSU’s second-largest lead of the afternoon at 17-7.

After Western Carolina scored another three in the bottom of the seventh, Hodge and Webb each blasted their second home run of the game as Hodge delivered the solo shot and Webb brought in a runner aboard. Webb, who had the first two-home run game of the season against Northern Kentucky to seal the sweep, matches Hodge with two, two-home run games this year.

The game was called after the eighth inning after a run-rule was put in place before the game. ETSU’s last win with double-digit runs in under nine innings was last season in an 11-1 victory over Samford in seven. Additionally, the Bucs are 7-2 when wearing the all-golds.

Every ETSU starter reached base at least once as eight of the nine recorded a hit, drawing eight total walks. The game combined for 30 runs, 29 hits, 15 walks, 14 strikeouts, and 20 runners left on base.

After getting swept by Baylor last weekend, the Bucs responded to sweep their first conference series of the season and third weekend sweep of 2022.

The Bucs will continue to open conference play on the road, heading to Spartanburg to take on the Wofford Terriers with the three-game set starting on Thursday, April 14 with first pitch set for 6:00 p.m. The first two games will be streaming on ESPN+.