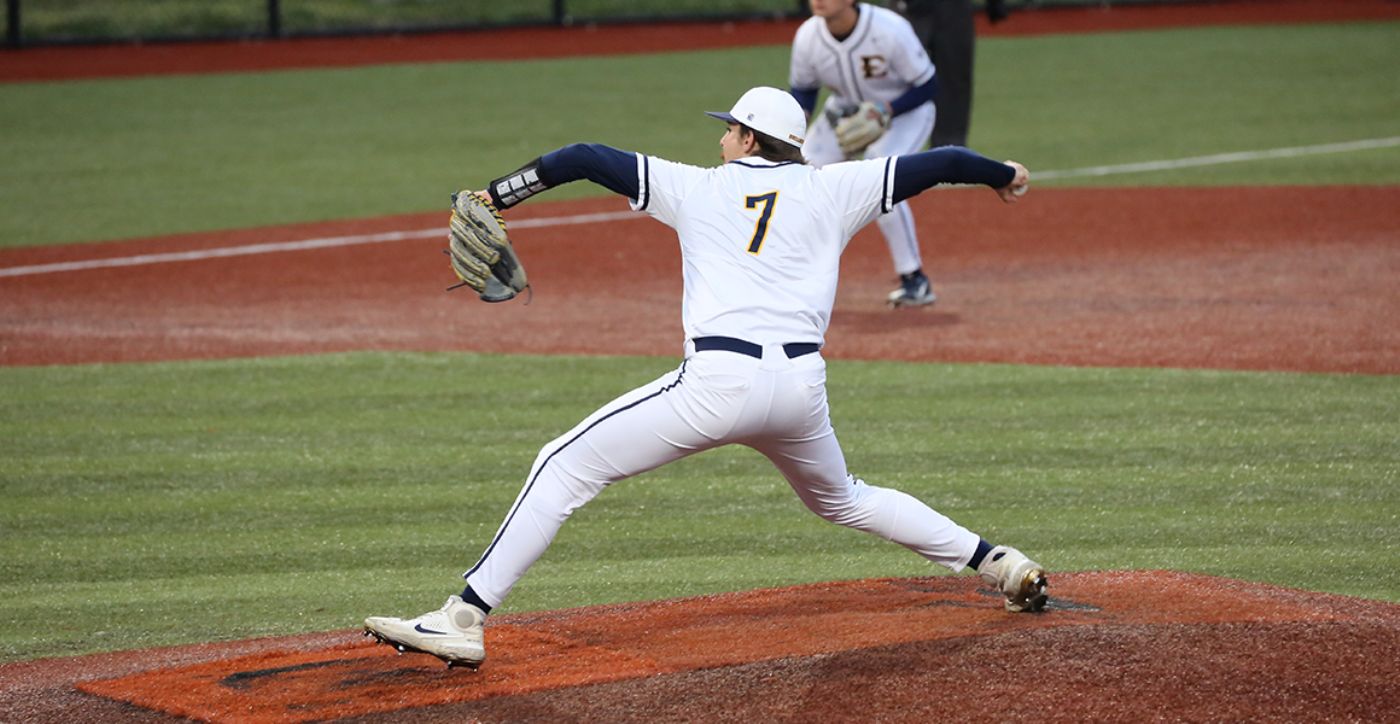 SPARTANBURG, S.C. (April 16, 2022) – David Beam (Knoxville, Tenn.) belted a game-tying home run in the top of the fifth inning, but it wasn’t enough to propel ETSU baseball past Wofford, as the 25th-ranked Terriers swept the Blue and Gold with a 6-2 victory on Saturday from King Field in Spartanburg, S.C.

Wofford jumped out to an early 2-0 lead by pushing across a run via a wild pitch in the bottom of the first and plated its second run on a sacrifice fly an inning later. ETSU got on the board in the top of the fourth after an RBI single from Cam Norgren (Cary, N.C.) brought Tommy Barth (Brecksville, Ohio) home, while Beam’s fourth home run of the campaign tied the game at 2-2 an inning later.

However, the Bucs were unable to take the lead as Wofford scored three runs in the bottom of the sixth and tacked on one more in the seventh to cap off the series sweep.

The Terriers faced three different pitchers in the sixth inning after Andrew Ronne (Athens, Tenn.) entered the game in relief of starter Hunter Loyd (Knoxville, Tenn.). Wofford capitalized on the pitching change to score the eventual game-winning run on a bunt to take back the lead. Nathanial Tate (Manchester, Tenn.) then entered the game for the Bucs with two outs in the frame, and the Terriers tagged the Buccaneer reliever for one run on three hits over the final 2.1 innings.

The Bucs gear up for a mid-week game in Asheville, N.C., to take on the UNC Asheville Bulldogs on Tuesday, April 19. The first pitch is scheduled for 5:00 p.m.

For more information on Buccaneer baseball, visit ETSUBucs.com and click on the baseball tab.