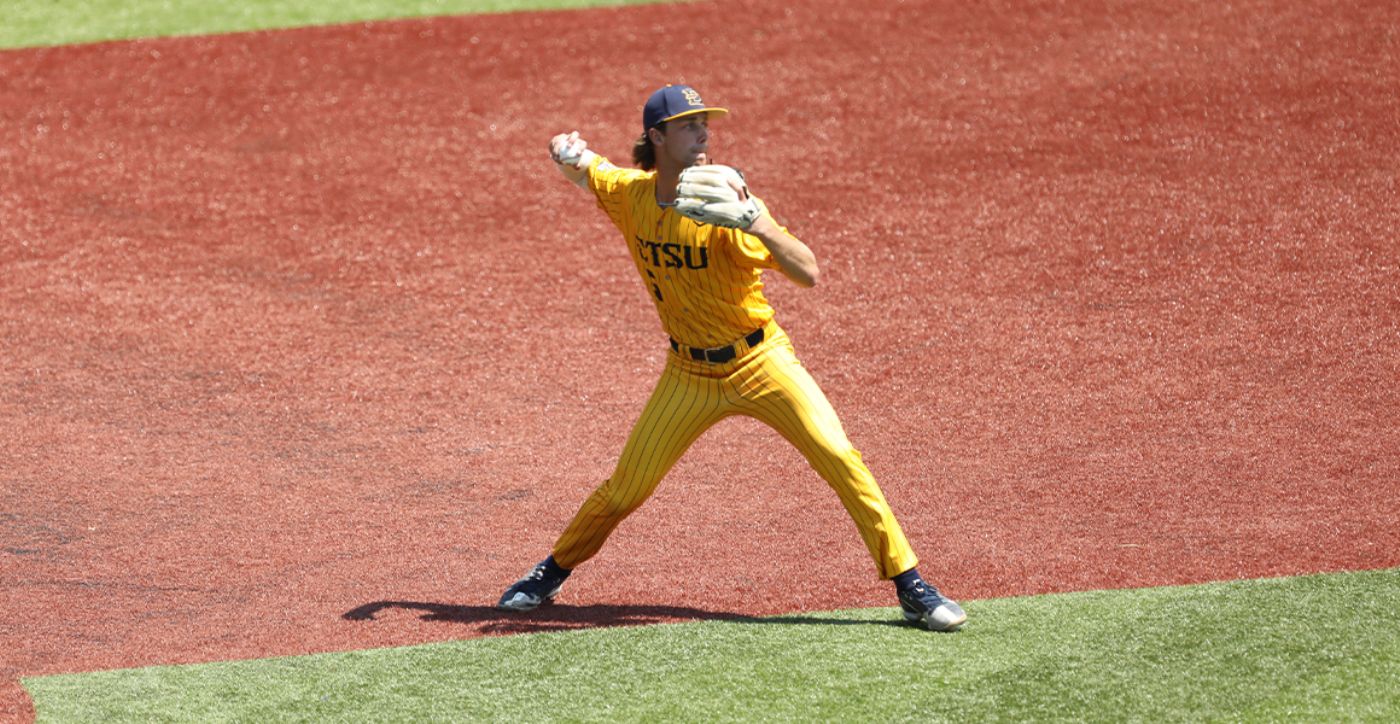 Hanvey drove in a run on all three hits

JOHNSON CITY, Tenn. (April 23, 2022) – Another early lead from the Keydets, another late rally from the Bucs to win.

Seven runs in the final three offensive innings saw the Bucs take game two of a three-game series at home against VMI 10-5, clinching another SoCon series win. Justin Hanvey (Purcellville, Va.) drove in a career-high five RBIs while Andrew Ronne (Athens, Tenn.) didn’t allow a hit in 2.2 innings of relief to pick up the fifth win of his freshman season.

Hunter Loyd (Knoxville, Tenn.), who was throwing on the mound in Johnson City for the first time since his 15-strikeout performance, started the afternoon with a near immaculate inning again with nine strikes on nine pitches but two strikeouts. Loyd retired the first six he faced, getting three groundouts to go with two strikeouts.

VMI got to Loyd in the third with a three-run homer and an RBI single later in the inning. Loyd would get a 9-6 double play as Tommy Barth (Brecksville, Ohio) gunned down the runner at second trying to retreat to the base. Loyd would induce another double play in the following inning.

Rallying with two outs, Cam Norgren (Cary, N.C.) and Garett Wallace (Sanford, Fla.) put up a pair of singles before David Beam (Knoxville, Tenn.) drove in Norgren. Hanvey would begin his five-RBI day as he brought in Wallace in the next at-bat. Hanvey and Beam combined for some baserunning antics to plate another run and trim a four-run deficit down to just one.

After VMI added a run in the sixth, Hanvey tied it up with a two-run hammer to left field, his second in as many games and fourth of the season. Before his sixth-inning home run, all of Hanvey’s home runs came with no runners on base.

With runners on second and third and one out, Ronne shut the door with a pop-out into foul territory and a swinging strikeout to keep things tied. The Buccaneer bats broke open the game in the seventh as all four runs were scored with two outs. Noah Webb (Kodak, Tenn.), Beam, and Hanvey (2) each picked up RBI knocks to give ETSU a four-run lead themselves.

A sacrifice fly in the eighth gave Ronne more insurance as the Bucs rolled their third double play of the game to get out of the previous frame. The first two batters got on in the ninth against Ronne, but his second strikeout of the afternoon sealed the day.

The Bucs improve to 6-7 when their opponent scores first, grabbing two of those wins in the last two contests.

The Bucs will look to go for the sweep of this three-game series at Thomas Stadium tomorrow afternoon with first pitch set for 1:00 p.m. The game will be streaming on ESPN+.