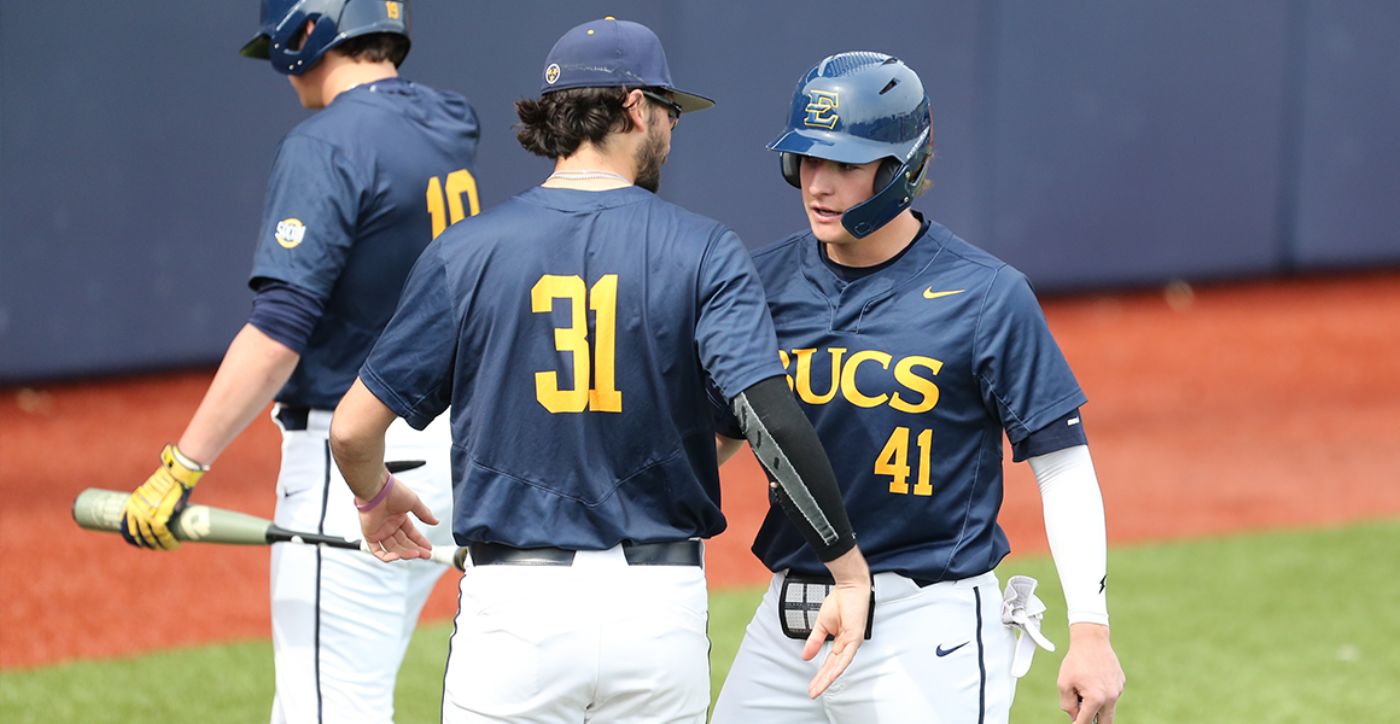 The Highlanders salvaged the season series against the Bucs with an 8-6 win that Radford gutted out with seven pitchers and six different position changes. In the three midweek contests between Radford and ETSU this season, each team won as the home team.

After not scoring first in all five games last week, ETSU struck first with a huge four-run third thanks to Radford’s only error of the night. As Skyler Cannady (Nicholasville, Ky.) reached on a leadoff error, back-to-back hits from Barth and Hodge gave ETSU a 2-0 lead on Hodge’s RBI double. With two outs, Wallace hammered his 2-1 pitch to deep left field to give the Bucs an early four-run lead. Five of Wallace’s seven home runs on the season have occurred in his last ten games.

The Highlanders would respond in the very next frame with five runs of their own using three walks and four hits, all of which were singles.

The fourth inning saw another set of runs scored as Barth added an RBI-single to score Leo Jiminian (Saint-Lo, France), who laid down a great bunt-single and stole his second base of the season to get into scoring position. Barth’s RBI single was his third hit in four innings. In the next frame, Radford would again score two to break the tie at five.

Both sides hurled a pair of scoreless frames until the seventh when Radford added a run to make it a three-run game with two innings to play. A Ryan McCarthy (Knoxville, Tenn.) RBI-single in the eighth trimmed the deficit to two, but that’s all the Bucs would string together in the final three innings.

The Bucs drop to 17-6 when scoring first.

The Bucs will host Mercer for a three-game set at Thomas Stadium with first pitch Friday set for 1:00 p.m. All three games will be streaming on ESPN+.