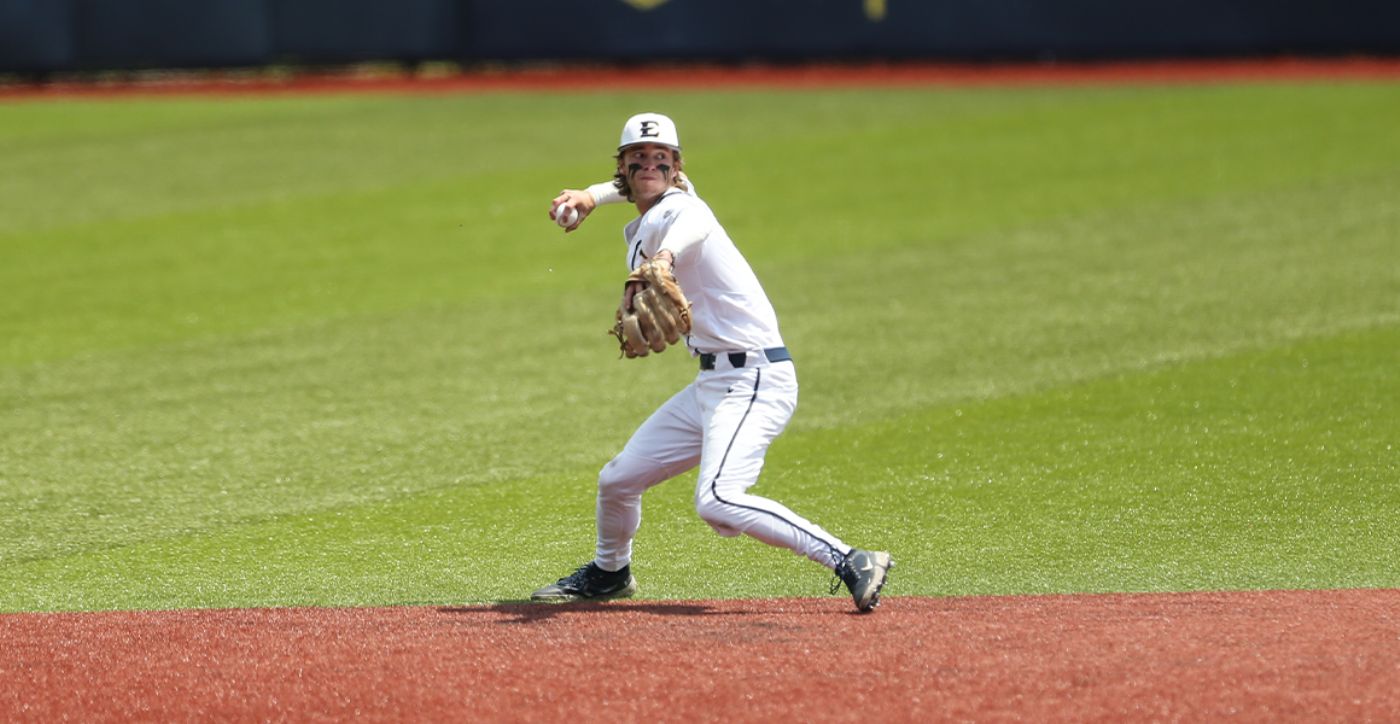 BIRMINGHAM, Ala. (May 6, 2022) – Ashton King (Knoxville, Tenn.) and Tommy Barth (Brecksville, Ohio)provided the offense early, but the Bucs couldn’t get anything late.

Samford took game one of a three-game set in Birmingham 6-2 behind a double-digit hit afternoon that saw eight of their nine starters post a base hit. ETSU scored their two runs in the first four innings.

Barth, entering the weekend with a 17-game hit streak, extended it to 18 on a leadoff home run to left field, his sixth of the season, to get ETSU’s offense going. King, who ripped a leadoff double in the second inning, would bring in Garett Wallace (Sanford, Fla.) with his second double in as many at-bats. After three and a half innings, ETSU had a quick 2-0 lead.

Zach Kirby (Upland, Calif.), coming off a career-outing against a potent Mercer offense, didn’t allow a hit through the first three innings until Samford put up four hits and three runs in the fourth. Kirby induced five groundouts with just one ball reaching the outfield in those first three innings.

Samford would add insurance runs in the fifth, sixth, and eighth innings to build the four-run lead. The Bucs were able to get a runner on in four of the final five innings on offense but were unable to bring them around.

Batting .336 entering the weekend with runners in scoring position, the Bucs went 0-for-10 in such situations, just the fifth time all season going hitless in that situation.

The Bucs look to even the series tomorrow afternoon with a 3:00 p.m. (EST) first pitch in Birmingham. The game will be streaming on ESPN+.