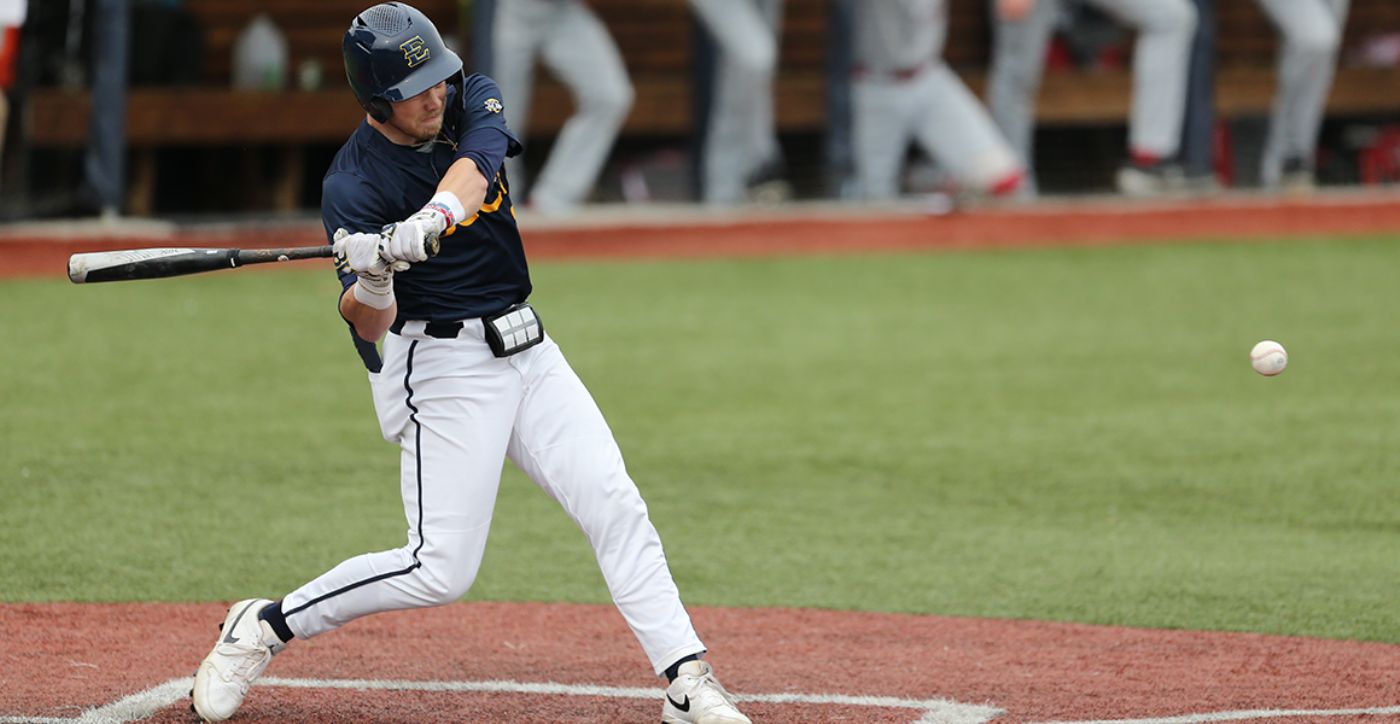 Wallace notches his eighth home run of the season

The Bulldogs, clinching their second consecutive conference series, took down the Bucs 7-1 behind a complete game from Samford’s starter Michael Ross. Garett Wallace (Sanford, Fla.) provided the lone run of the game with a leadoff solo shot to dead center in the second inning.

For the second consecutive game in this weekend series, ETSU’s offense drew first blood early off a solo home run, this time from Garett Wallace in the second inning. With his solo shot, 10 of ETSU’s last 15 home runs have come with no runners on base, including five of the last six.

Hunter Loyd (Knoxville, Tenn.) got the third-straight Saturday start and worked a great first four innings, racking up four of his five strikeouts through the first two innings. Samford’s offense got to Loyd with a pair of hits and some small ball to even the game up in the third.

Following Wallace’s blast, Ryan McCarthy (Knoxville, Tenn.) and Tommy Barth (Brecksville, Ohio) struck back-to-back singles together with one away, but couldn’t bring either around to give ETSU some more offense. McCarthy, who had ten hits on the season going into last weekend’s series with Mercer, now has five hits in his last five games as he’s started behind the plate in the last six.

In the next frame, Loyd induced a double play to rid a leadoff single from Samford but would finally do their damage in the sixth with four runs on three hits with an error as all four runs that inning was counted as unearned.

The Bucs would generate two baserunners in the final six innings with a single from David Beam (Knoxville, Tenn.) in the fourth and one from Jared Paladino (Levittown, N.Y.) in the seventh. McCarthy reaching second base in the third inning would be the only time all game when a runner reached scoring position.

This weekend marks the first time all season that the Bucs have dropped back-to-back series, the last time since early May last season following a home series against UNCG and an away weekend at VMI.

ETSU aims to salvage the series tomorrow afternoon with a 2:00 p.m. (EST) first pitch in Birmingham. The game will not be streaming on ESPN+.