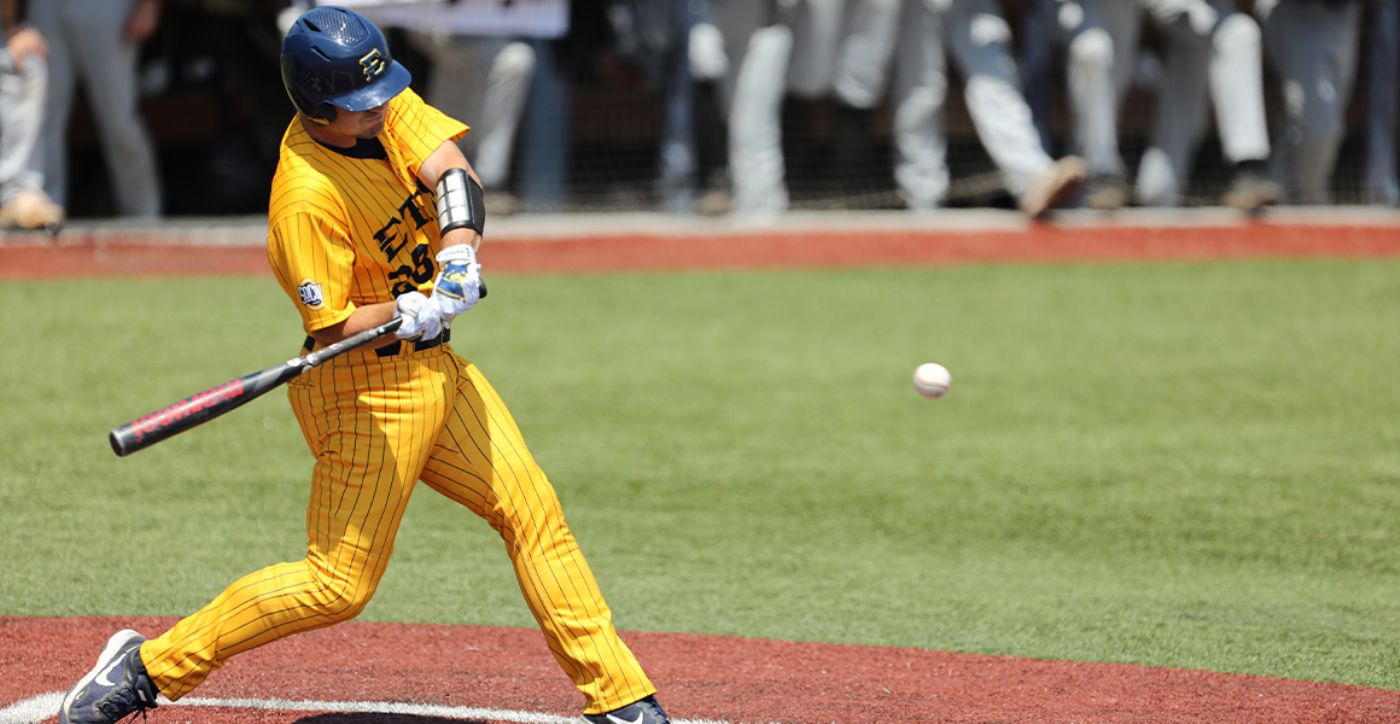 BIRMINGHAM, Ala. (May 8, 2022) – The bats came alive for a Mother’s Day special for the Buccaneer faithful.

The Bucs took the third and final game of the three-game series against Samford 12-8 for the 17th double-digit run game this season, their first in the last seven games. ETSU’s 17 hits are the most in a game since racking up 19 in the final game of the series in Western Carolina that saw the Bucs put up 19 hits in eight innings.

Starting strong for the third time this weekend, Tommy Barth (Brecksville, Ohio) began the afternoon with a double and Bryce Hodge (Knoxville, Tenn.) would get on with a hit-by-pitch two at-bats later. Enter Noah Webb (Kodak, Tenn.), who was playing in his first game since the series finale against VMI. Webb took his first at-bat in two weeks and blasted a two-RBI double to score Barth and Hodge.

Colby Stuart (Elon, N.C.) got the start for the series finale and despite only working three innings of work, Stuart surrendered just one run but enforced six groundouts in three innings. Nathanial Tate (Manchester, Tenn.) followed Stuart in the fourth and gave Samford their third scoreless inning through four.

After Webb brought in another run in the fifth, the Bulldogs used a two-out rally to plate three runs on three hits and take the lead in the fifth. However, the Bucs weren’t going to let that same script write itself in the series finale.

The Bucs used a seven-run sixth on nine hits to retake and patten their lead. David Beam (Knoxville, Tenn.) and Justin Hanvey (Purcellville, Va.) started the inning with back-to-back singles and reached an extra base on a sacrifice bunt. Barth brought in Beam on his RBI single and Ashton King (Knoxville, Tenn.) cleared them all with his fifth homer of the season. Hodge homered right after for his 12th of the campaign, then Webb, Cam Norgren (Cary, N.C.), Beam, and Hanvey corralled four consecutive singles before Samford finally got out of the inning.

After taking the series finale, ETSU has been swept just once this season by Baylor in Waco on the first weekend of April. All of ETSU’s starters recorded at least one hit in the slugfest.

The Bucs return home for a midweek against UNC Asheville on Tuesday, May 10 to celebrate ETSU’s 2022 senior class. First pitch is set for 6:00 p.m. The game will be streaming on ESPN+.