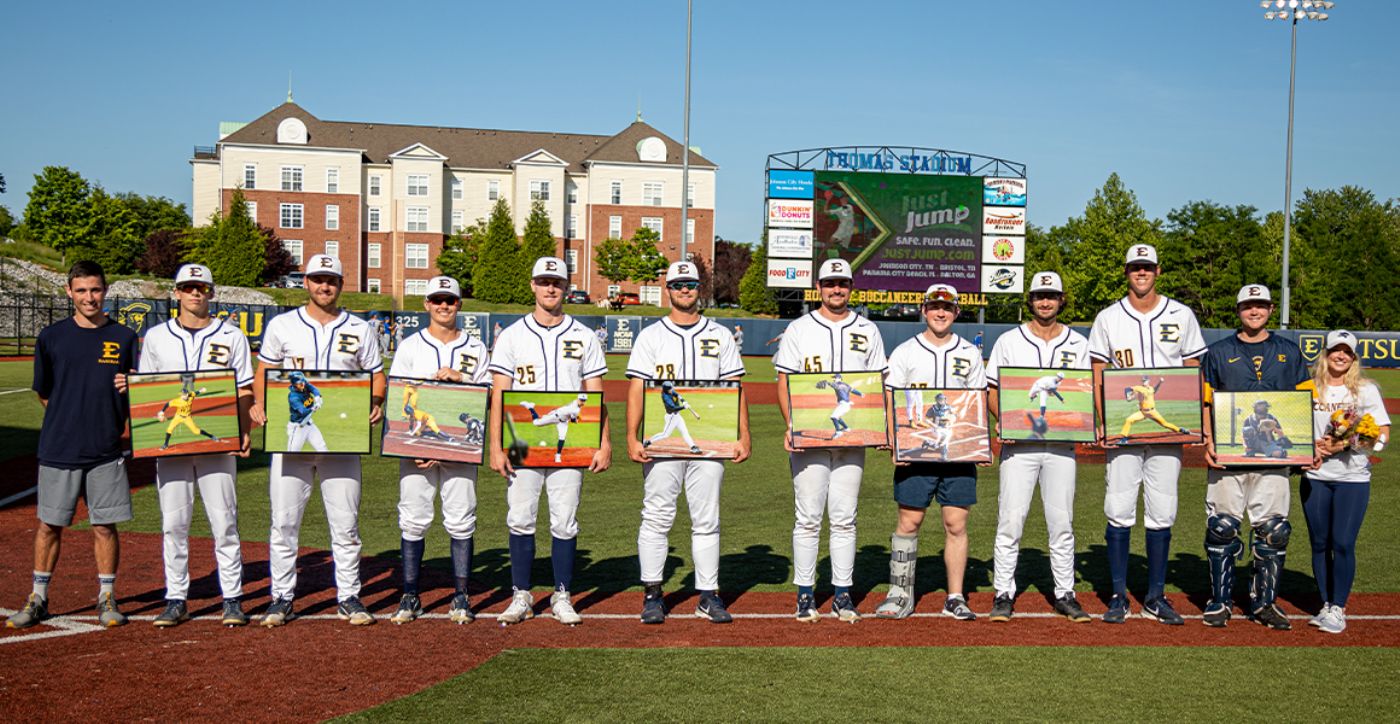 ETSU took down UNC Asheville 7-4 Tuesday night at Thomas Stadium celebrating senior night as the Bucs recognized twelve total seniors. Bryce Hodge (Knoxville, Tenn.), one of those seniors, delivered the go-ahead two-run homer in the fifth to give ETSU the lead. Hodge knocked an RBI-double an inning later.

UNC Asheville got on the board first with an RBI single after a leadoff single and a walk. Trevor Hanselman (Tallahassee, Fla.) only allowed that one in his two innings of work. Entering today, the Bulldogs were 8-3 when scoring in the first inning and 14-6 when scoring first overall.

After being held scoreless through five innings, ETSU’s bats arose lightning fast. After a leadoff single from Ashton King (Knoxville, Tenn.), Hodge lasered the first pitch of his at-bat to left-field to give ETSU the one-run lead. Noah Webb (Kodak, Tenn.) singled shortly after and would later score from a fielder’s choice off the bat of Jared Paladino (Levittown, N.Y.).

Following a one-out walk from Tommy Barth (Brecksville, Ohio) in the seventh, Hodge would again barrel a ball to plate a run, this time a double to the gap in right-center field. Hodge, who briefly took the team lead in RBIs outright, was matched right behind him as Garett Wallace (Sanford, Fla.) drove in Hodge in the following at-bat to give ETSU a four-run lead.

The last few pitchers saw excellent outings from Cade Carlson (Carmel, Ind.), who struck out three batters, and Nathanial Tate (Manchester, Tenn.), who picked up his fifth save of the season. UNC Asheville clawed back in the eighth with three runs, but ETSU re-padded their lead with a pair of runs in the bottom half.

The Bucs have now won the last nine against UNC Asheville, including all three this season by a combined score of 19-8.

The Bucs (8-7 SoCon) will face a three-game series on the road at UNCG with first pitch on Friday at 6:00 p.m. in Greensboro, N.C. All three games will be streaming on ESPN+.