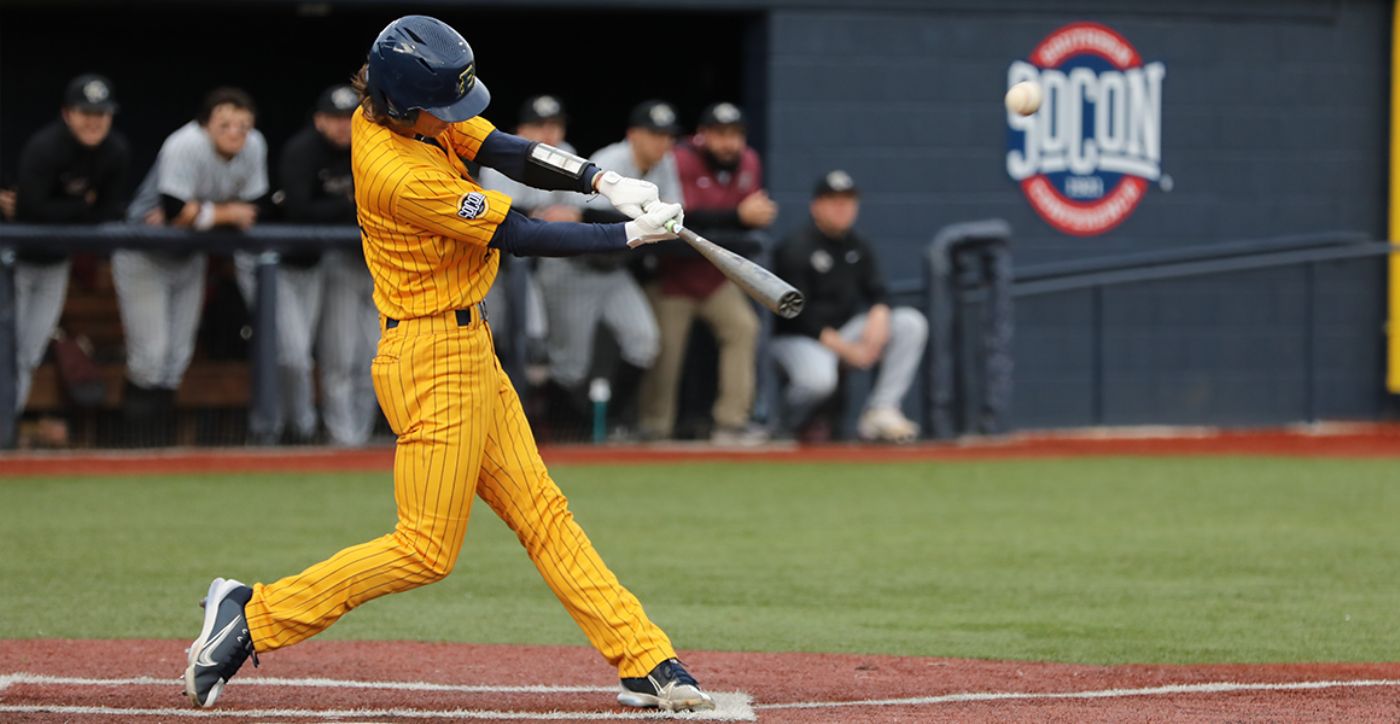 GREENSBORO, N.C. (May 14, 2022) – After a night that pitching was the story for the Bucs, the Spartans found answers.

Ashton King (Knoxville, Tenn.) started his great offensive day with a one-out single in the first in hopes of drawing first blood against the Spartans, but it was to no prominence. Hunter Loyd (Knoxville, Tenn.) struck out two of the first four batters before UNCG put up four runs in the second, and never looked back.

In the fourth, King would grab his second hit of the game, ETSU’s second hit overall, on a double down the right-field line and would score on an RBI groundout from Noah Webb (Kodak, Tenn.). UNCG responded once again with a run in the bottom half to keep their lead at four. The Spartans would increase their lead to five with another run in the fifth.

Off his third hit in as many at-bats, King would come around off back-to-back singles from Webb and Cam Norgren (Cary, N.C.) to make it a four-run game again. King scored the only two runs of the game and the 4-hole and 5-hole hitter pairing of Webb and Norgren collected the only RBIs of the game.

UNCG busted the game open with seven runs in the sixth and two more in the eighth. The Bucs went just 2-for-10 with runners in scoring position whereas UNCG went 6-for-14. King had three of the total six hits given up by UNCG’s starting pitcher, finishing with three of the team’s eight. King and Norgren combined for five of the eight hits this afternoon.

In rubber series matchups this season, ETSU is 2-1 and 0-1 in conference play, the loss coming to Mercer at home two weekends ago.

ETSU will look to still take the series tomorrow afternoon with a 1:00 p.m. first pitch at UNCG Baseball Stadium in Greensboro. The game will be streaming on ESPN+.