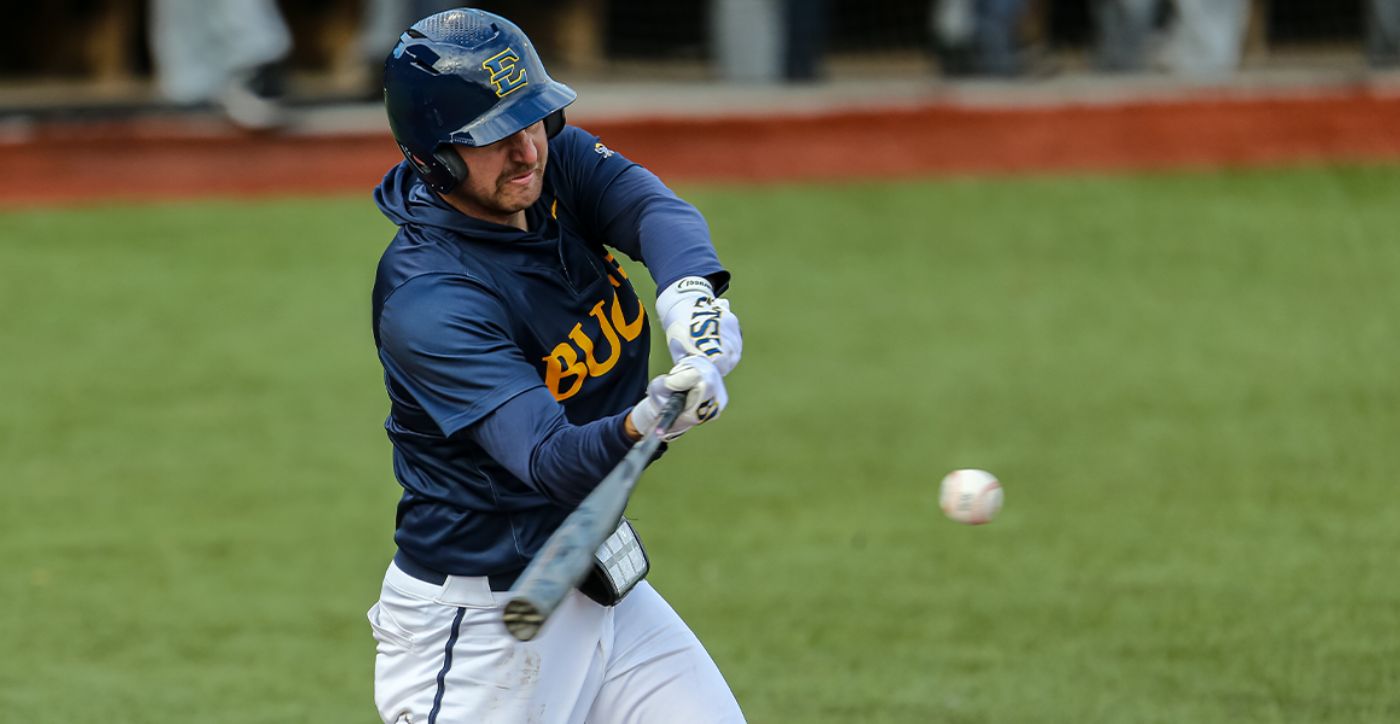 GREENSBORO, N.C. (May 15, 2022) – With the series and positioning in the Southern Conference standings on the line, another double-digit run output fell short.

Similar to yesterday, the Spartans took the early lead with two runs in the first and two runs in the fourth, the first on a two-run homer and the second off a two-RBI single. After a one-out double from Norgren, David Beam (Knoxville, Tenn.) drove him in with a two-out, RBI single up the middle to start ETSU’s run of offense.

After the first three batters reached in the third, Noah Webb (Kodak, Tenn.) ripped an RBI single into the right-center gap to plate King and Tommy Barth (Brecksville, Ohio) to cut the lead to one. McCarthy grabbed his first RBI of the afternoon the following inning to score Beam, who reached on a leadoff error. In the fifth, Webb would score King on a sacrifice fly to left and Norgren would belt an RBI triple in the next at-bat to plate Bryce Hodge (Knoxville, Tenn.), and ETSU had a 6-4 lead.

UNCG put the first three batters on in the fifth, scoring one before the Spartans used an RBI groundout and an RBI double to retake the lead. The Spartans would score another four runs in the next frame on two, two-run homers.

Down five after having the bases loaded in the last inning, the Bucs used a five-run seventh inning to make a brand-new ball game. Garett Wallace (Sanford, Fla.) started the inning with a one-out single before Beam and Justin Hanvey (Purcellville, Va.) both drew walks right after. McCarthy, who has hit safely in nine of his last ten, continued the trend and ripped the first pitch of his at-bat through the left side for his second RBI of the afternoon. Barth would plate another run with an RBI fielder’s choice, setting up King’s game-tying, three-run shot with two outs.

However, the Spartans generated five more runs in the seventh and eighth to seal their five-run lead for the rest of the afternoon.

Six total frames did not feature any run as ETSU scored in five offensive innings while UNCG scored in six.

The Bucs will come back home to Thomas Stadium this weekend for the regular season finale against the Citadel with the first game of the weekend on Thursday, May 19. First pitch is set for 6:00 p.m. All three games will be streaming on ESPN+.