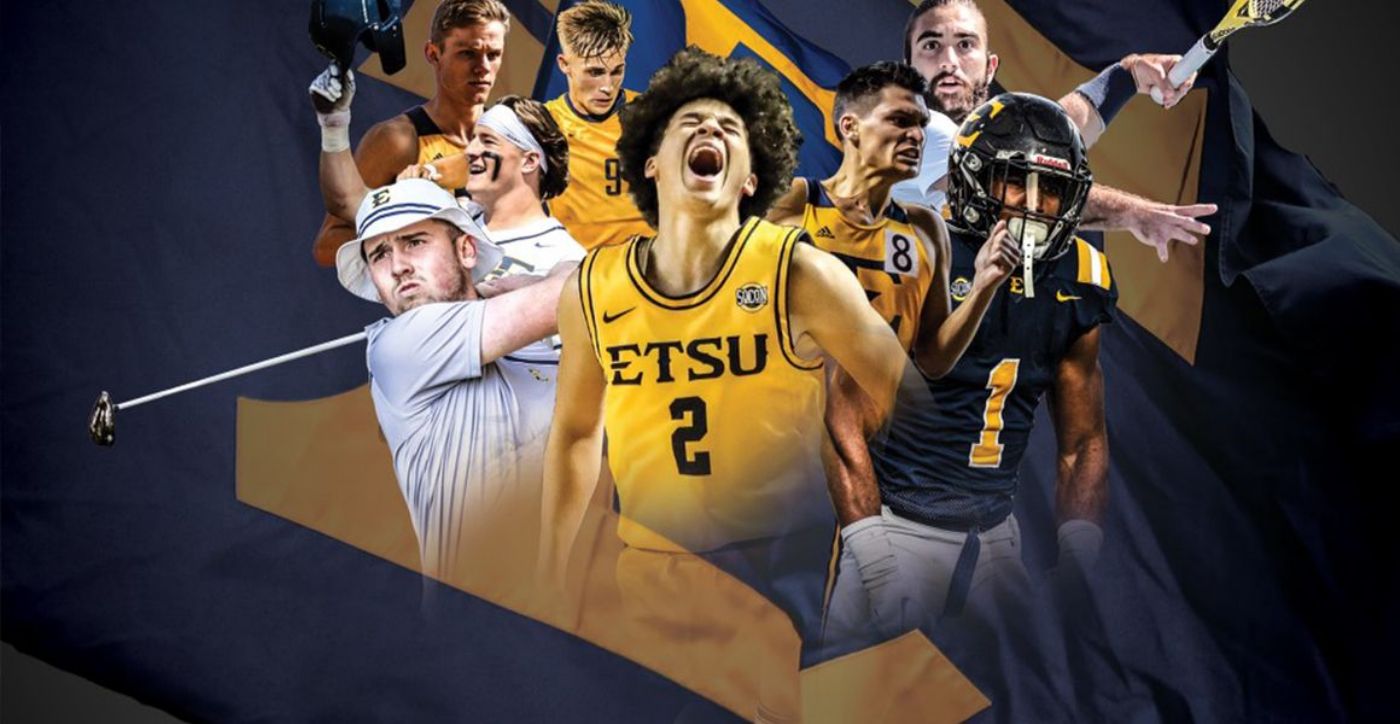 Following a one-year hiatus, ETSU is bringing the hardware back home as the Buccaneers won the 2021-22 Commissioner’s Cup, which is the all-sport trophy presented to the league’s best all-around men’s program. The Bucs have now earned five of the last six Commissioner’s Cups and six total in program history.

ETSU will be honored at the league’s Honors Dinner on Wednesday evening at the Sonesta Resort in Hilton Head Island, South Carolina.

“Winning the Southern Conference Commissioner’s Cup is a testament to the hard work and determination of everyone in the ETSU Athletic Department,” said ETSU Athletic Director Scott Carter. “Our conference is extremely competitive in all sports and this accomplishment should fill every Buc with ETSU Pride.  Congratulations to our student-athletes, coaches, administration, and all who support our pursuit of Excellence Every Day.”

The Commissioner’s and Germann cups are awarded annually to the Southern Conference schools fielding the league’s best all-around men’s and women’s sports programs, respectively. Scoring is conducted on a percentage basis, with only the top seven sports for each school counting toward its season total. The SoCon sponsors 21 total sports, with the league’s three co-ed rifle teams counting toward the Commissioner’s Cup standings and the two women’s rifle teams counting toward the Germann Cup.

ETSU accumulated 56.00 total points toward the Commissioner’s Cup, equating to an .800 percentage to dethrone Furman. The Bucs won regular season titles in football and tennis, while capturing tournament championships in tennis and golf.

Football enjoyed its historic season after setting a program record for wins (11), winning its first-ever outright SoCon title and advancing to the quarterfinals of the FCS Playoffs. The Bucs rallied to defeat No. 21 Mercer, 38-35, in a winner-take-all de facto SoCon championship game in front of a record crowd 10,594 fans on Nov. 21 inside Greene Stadium to finish 7-1 in league play.

Like football, golf garnered the Blue and Gold 10 more points by winning its second straight conference crown and 22nd SoCon title. The Bucs set both a SoCon and program record after registering a 54-hole score of 39-under-par 825 and winning by 19 shots – the largest since Chattanooga won by 19 strokes in 2012. Following the SoCon Championship, the Bucs advanced to the NCAA Championship for a second straight year.

Men’s tennis secured 12 points as they won another regular season crown and tallied its fourth straight tournament title, resulting in the two bonus points. The Bucs finished SoCon play with a perfect 7-0 mark and cruised to three straight 4-0 victories at the conference tournament in Chattanooga.

Buccaneer cross country also sparked a productive fall campaign by bagging nine points, thanks to a second-place finish, while track and field combined for five points each during the indoor and outdoor championships. Baseball generated the final five points after finishing the SoCon season with an 11-10 mark en route to finishing fifth.

ETSU’s six total Cups are the most by any current SoCon program and rank second-most in conference history.

For the third time in the last four years the Cup has been awarded, the ETSU women’s program finished third in the Germann Cup standings. The Bucs recorded 50.58 total points toward the Cup, equating to a .723 percentage.

Cross country and indoor/outdoor track and field combined for 25.89 points, while women’s tennis added 8.75 points, soccer netted 6.50 and golf chipped in with 5.56 points.

Cross country finished third at the conference championship in Lexington, Va., while track and field finished second in both the indoor and outdoor championships. At the indoor championships, the Buccaneers totaled 146.5 points – the most by an ETSU women’s team at the SoCon indoor meet. Two months later, in Birmingham, the women finished runner-up with 138 points, marking ETSU’s best finish since 1996. In women’s soccer, the Blue and Gold proved the preseason voters wrong as they went from being picked ninth to placing fourth in the league standings at 4-4-1. Women’s tennis finished second in both the regular season and tournament after ending the year with an overall record of 17-9 and a SoCon mark of 7-1.