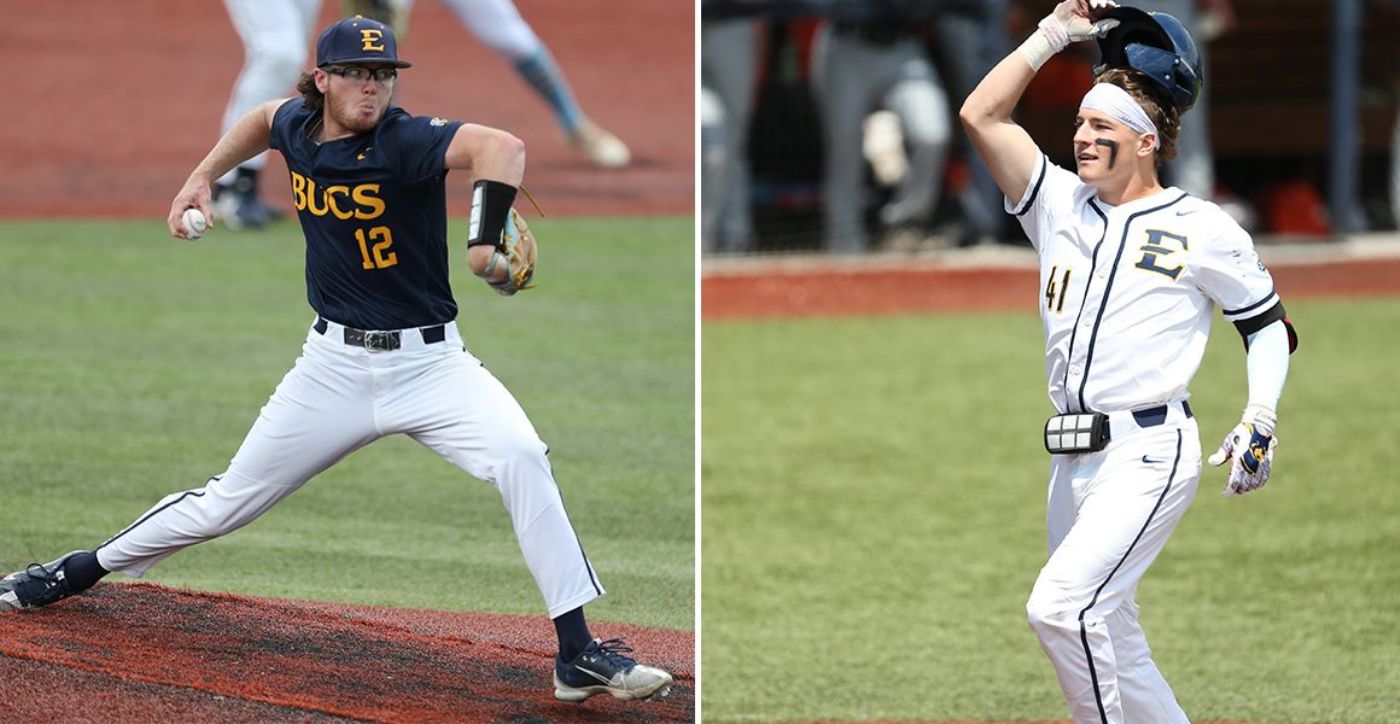 Barth, the Southern Conference Freshman of the Year and first team all-SoCon selection, hit .369 (72-195) with 16 doubles, four triples, six home runs and 38 RBI in 48 games played (47 starts). The Brecksville, Ohio native also totaled .585 slugging and .434 on-base percentages, while leading the Blue and Gold in batting average, hits, triples, walks (24) and on-base percentage. Barth registered at least one hit in 41 games, including an impressive 22-game hit streak that spanned from April 2 until May 13. The Buccaneer outfielder finished the season with 22 multi-hit games, which tied the team lead, and also posted 11 multi-RBI games. Barth tallied three four-hit games – the first coming at Baylor to start the hit streak – while adding four hits against VMI on April 22 and against The Citadel on May 20.

Ronne, who joined Barth on the SoCon all-freshman team, went 5-0 with a 2.97 ERA (11 ER/33.1 IP) in 18 relief appearances for the Buccaneers. The Athens, Tenn. native struck out 31 batters and totaled 10 scoreless relief stints. The right-handed hurler earned his first collegiate win by tossing three innings of one-run ball with four strikeouts at Winthrop on March 6, while following that up with another win in his next appearance against UNC Asheville on March 13. Ronne tossed a career-high 4.2 innings in the second game of a doubleheader against Mercer on April 30 where he also tied a career-best four punchouts. He posted three straight scoreless relief appearances from March 26-April 10, totaling 4.2 combined innings against George Washington and back-to-back outings at Western Carolina. The Buccaneer rookie then enjoyed another three-game stretch of not allowing a run from April 19-30 when he tossed a combined nine scoreless frames against UNC Asheville, VMI and Mercer.

The Buccaneer duo were one of three SoCon players to earn Freshman All-American honors as UNCG’s Kennedy Jones was also named to the list.

For more information on Buccaneer baseball, visit ETSUBucs.com and click on the baseball tab.