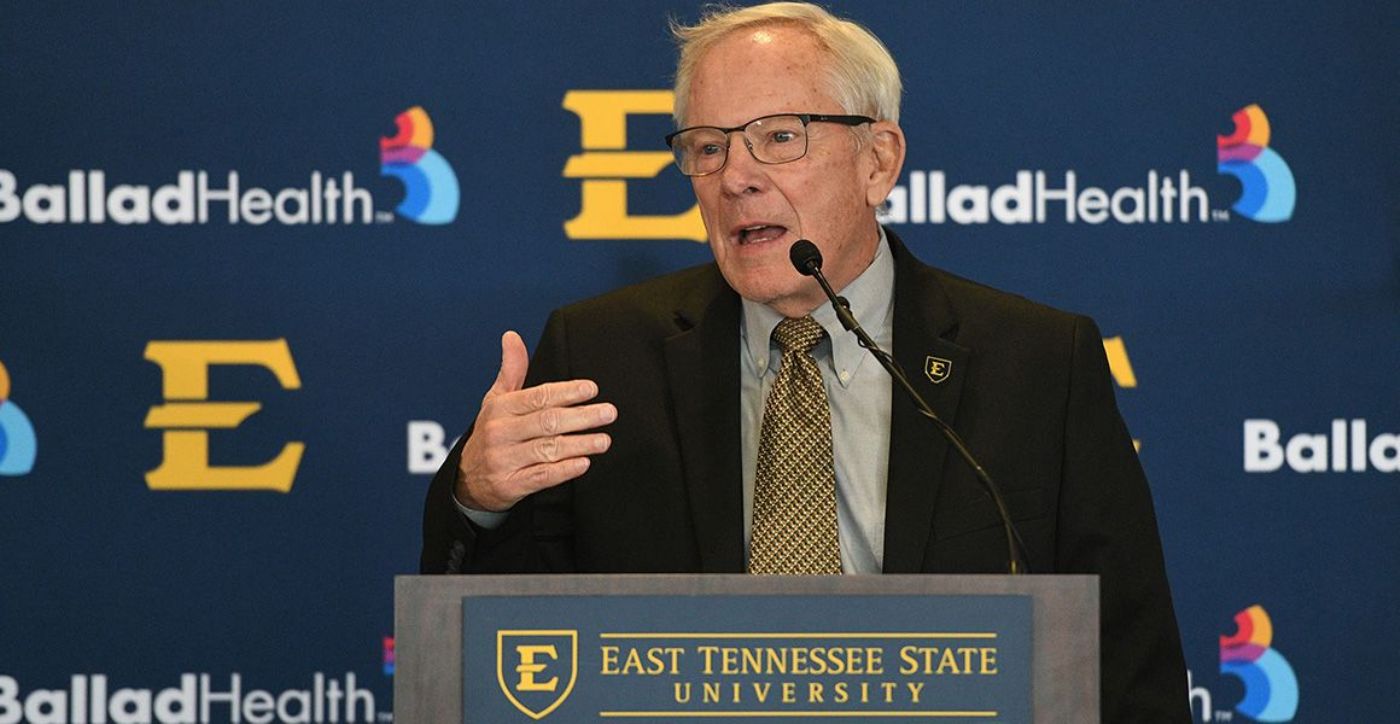 Sander has a long history and close relationship with the ETSU athletic department. He served as director of Intercollegiate Athletics once before, from 2013 to 2017. During that time, he helped create the university’s Global Sport Leadership program and later joined the program as a faculty member and program director. Moving forward, he will continue teaching in the program while simultaneously serving as AD.

“Dr. Sander is one of the most experienced and professional ADs in the nation. He has a long record of success both at ETSU and through his work with universities across the country,” Noland said. “Our student athletes, coaches and athletics staff are incredibly talented and possess enormous potential. I believe Doc is the right person to help us realize that potential and elevate ETSU athletics to the level of excellence I and our fans expect.”

Sander began his career as head basketball coach at Howard High School in Chattanooga and later served as an assistant coach at the University of Tennessee-Chattanooga. After a stint as head basketball coach at Anderson High School in Cincinnati, Sander became the assistant athletic director at what is now the University of Memphis. From there, he went on to lead Virginia Commonwealth’s athletic program, a role he held for 20 years. Sander has been tapped as a consultant by college athletic programs across the country.

During his previous tenure at ETSU, Sander was responsible for relaunching the football program in 2013 and assisting in the development of the William B. Greene Jr. stadium. He worked with city officials to overhaul Johnson City’s Freedom Hall to create a premiere venue for men’s basketball games, one that includes comfortable seating, a high-definition video board and an upgraded hospitality room. Sander also hired head men’s basketball coach Steve Forbes, who led the Bucs to the NCAA playoffs in 2017 and 2020.

“The most important thing to me is taking care of the students,” Sander said. “We want to win championships - and we will - but our students’ well-being and their experience at the university come first. We are not just developing players. We are developing the future leaders of our communities. Excellence is a byproduct of vision, conviction, perseverance and integrity.”